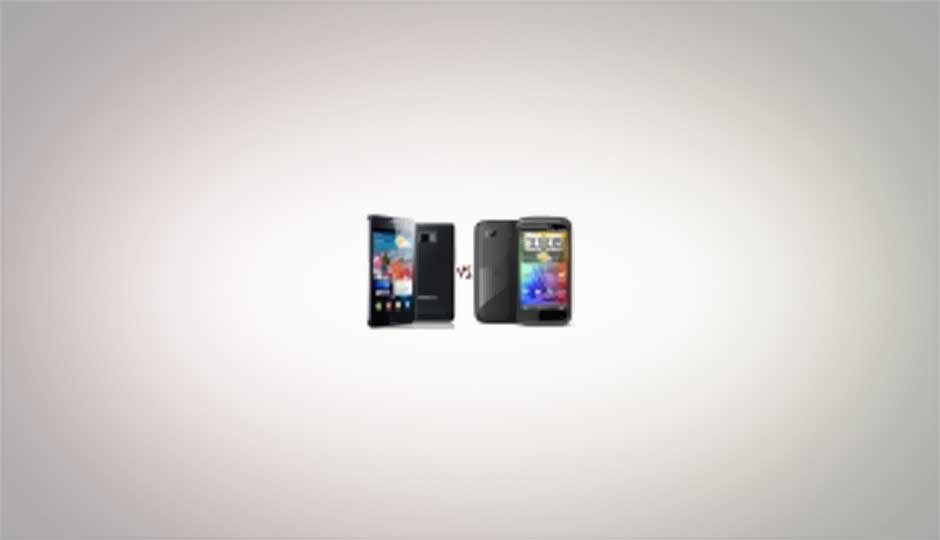 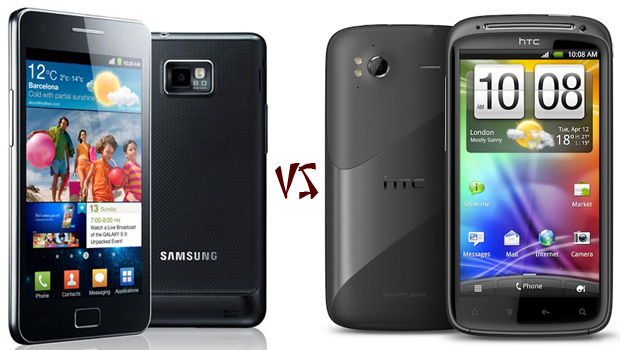 Two dual-core super-phones are currently in the India market, the flagships of Samsung and HTC – the Galaxy S II, and the Sensation. While the Sensation is not here officially, we expect it to arrive very soon, as it is already available on online retailers such as Letsbuy.com. What makes the phones even more comparable, is that the prices are about the same as well – roughly Rs. 30,500.

We’ve reviewed the Galaxy S II, and found it to be a solid device with nary a flaw. We wonder how well HTC’s flagship will compare, and you’ll have to wait for a detailed review for that. In the meanwhile, we’ve compared the salient features, and identified some inadequacies that might just make or break the device. Take a look:

The screen resolutions and display types of the two phones differ, with the Galaxy S II featuring a 480x800 pixel Super AMOLED Plus display, while the Sensation has a 540x960 pixel Super-LCD screen. Until we see the two screens first hand, our opinion will be guarded about the display type – colour accuracy, brightness, sunlight legibility – however, the higher 540x960 pixel resolution might just improve the media and web browsing experience.

The same things applies to the processors and graphics chipsets, until benchmarks are run, it's anybody's guess whether Samsung's Orion-Exynos chipset will rule, or the Qualcomm Snapdragon of the Sensation.

Other differences are glaringly obvious - the Galaxy S II comes with 16GB of built-in storage, while the HTC Sensation has 1GB built-in storage. It does come with an 8GB microSD card bundled – but that has its own disadvantages, and advantages. Apart from having a bigger battery, it looks like the AMOLED is the main reason for the S II's comparatively massive battery life.

The weight of the two phones are also worlds apart, and while the Galaxy S II has drawn some flak for almost feeling cheap in its lightness, the difference in pocket weight will be a big deal for the user.

The Sensation's front-facing VGA camera is also of lower quality than the 2MP sensor of the Galaxy S II, making a difference to those wanting to use the devices for tele-conferencing.

In the meanwhile, not everything is so cut and dry in the smartphone segment, with few reports of a death grip Wi-Fi connectivity issue with the HTC Sensation, and a few AMOLED issues with the Samsung Galaxy S II.