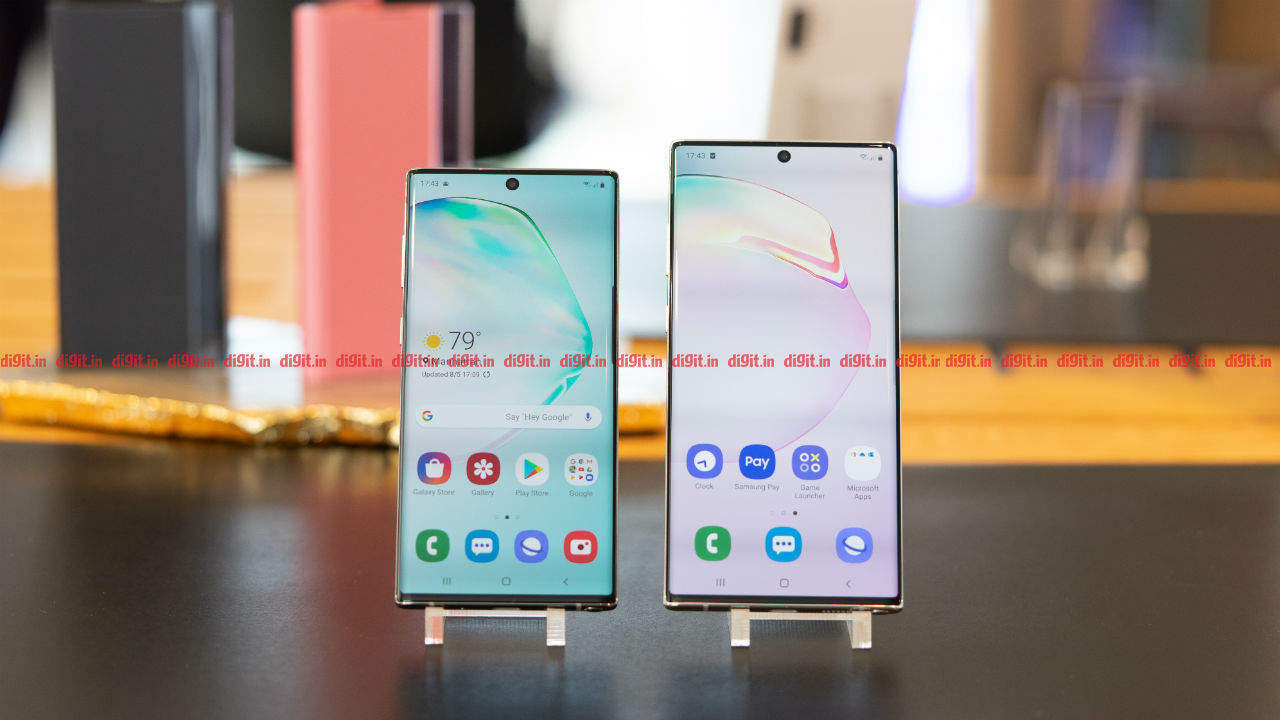 The Samsung Galaxy Note10+ is the bigger variant, with a 6.8-inch Dynamic AMOLED display.

The Samsung Galaxy Note 10+ comes with a quad camera setup on the back.

Samsung is adding air gestures to the S-Pen.

Samsung just made its Galaxy Note10, and the Galaxy Note10+ official in India. The Samsung Galaxy Note10+ is the bigger model of the two with a 6.8-inch Dynamic AMOLED display and a few interesting tricks up its sleeve. We spent some time with the phone during Samsung’s Unpacked event in New York and here’s everything you need to know about it. 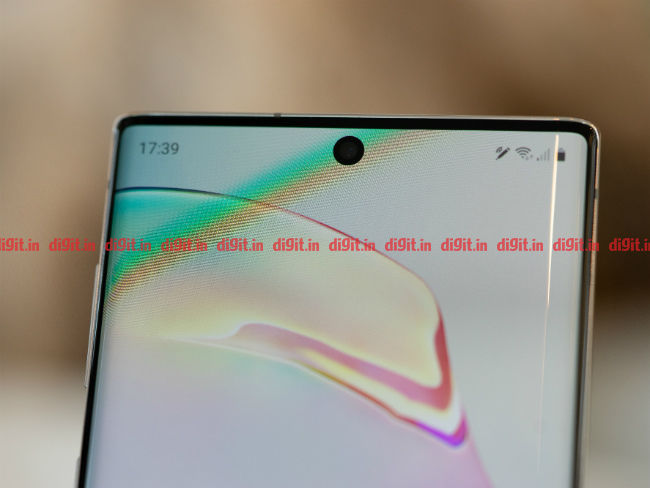 The Samsung Galaxy Note10+ is powered by a new Exynos 9825 SoC which is manufactured on the 7nm node and comes with 12GB of RAM for the base variant. There’s also 256GB of storage to get you started and for most users, this specification set should be plenty enough to make the phone last then a couple of years. There’s also a 512GB storage variant of the Note10+, and not to mention, the additional microSD card slot to increase the storage even further.

While the base specifications have been bumped up, the display remains a little of the same. We get a 6.8-inch Dynamic AMOLED display with HDR10+ certification. The display is less rounded than the S10 series of smartphones, but users of the Note9 should feel right at home with the shape. Interestingly, Samsung has also chosen to make the top and bottom of the Galaxy Note10+ a little flatter. 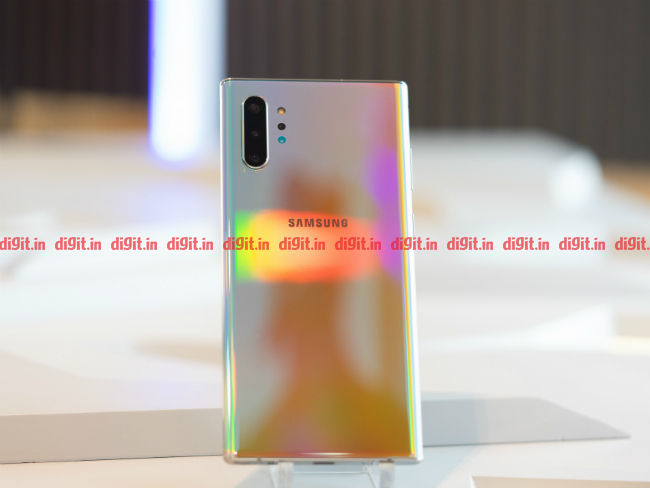 The Samsung Galaxy Note10+ comes with a quad camera setup on the back. The primary camera is a 12-megapixel shooter with a dual aperture that will happily switch between f/1.5 and f/2.4. The 16-megapixel ultra-wide camera appears to be the same as the one on the S10 series, atleast on paper. What has changed, and this is a subtle upgrade, is the aperture on the 2x telephoto lens. We find the Note10+ sports an aperture of f/2.1 on the telephoto lens, a hair larger than the f/2.4 we’ve seen for a few years now. We didn’t get a chance to really try out the camera, but at this point, any kind of improvement to telephoto lenses is very much welcome.

The S-Pen does more 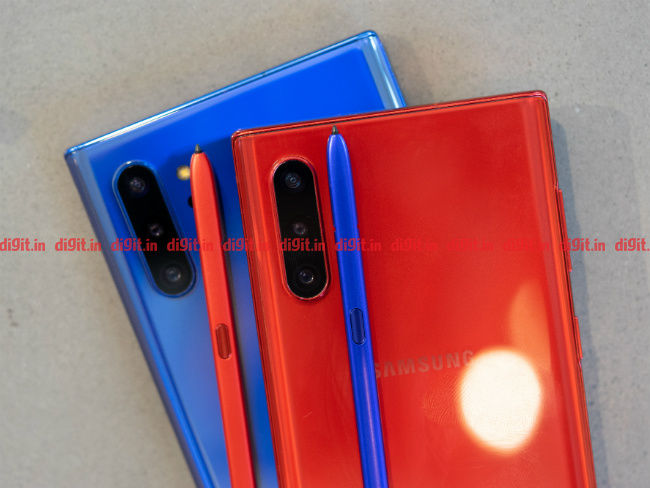 Last year, Samsung turned the S-Pen into a remote shutter button for the camera. This year, Samsung is expanding on that and adding air gestures to the S-Pen. Now you can swish the S-Pen around in the air in pre-determined shapes to execute various actions like having the camera zoom in or even switching camera modes. In addition to this, the S-Pen’s gestures can be customised to execute specific features in Samsung’s own apps for now, but the company has announced that they will open up the S-Pen SDK to developers so that more apps will support gestures.

The Samsung Galaxy Note10+ is a promising addition to the Note series. It comes with a big 4300mAh battery which supports 45W fast charging, although you will have to buy a charger separately for this feature to work. Samsung Dex now works over the cable that’s included in the box and doesn’t need a separate cable to be purchased. There’s a new processor and a whopping 12GB of memory. There’s a number of new features and changes, which, by themselves may not appear to be significant enough, but club them all together and the Note10+ starts to stand out on its own. What was perplexing, however, was the missing headphone jack. This especially considering the fac that the phone is thick enough to actually accommodate a headphone jack. We will have to dig into this in more detail with Samsung later. Regardless, this is a phone that we are pretty excited about, but what fans would love to know more about is the Samsung Galaxy Note10, the smaller Note from Samsung.

Samsung paid for the author's travel and stay at New York for the launch event.