RIM's seven new BlackBerry phones are only a distraction 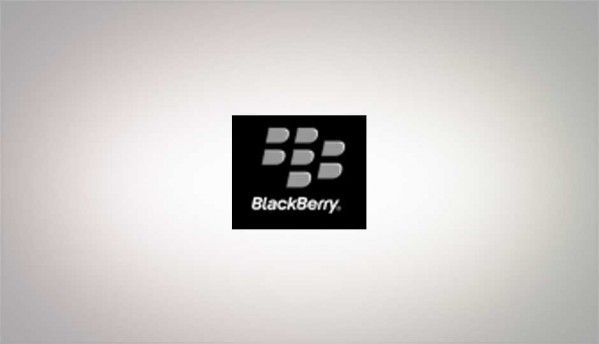 Hey—look over here! No, over here! Don't look at the yawning abyss of RIM's future—we have some shiny things to show you!

BlackBerry maker RIM said that it would release seven new smartphones running its "next-generation" BlackBerry 7 OS, according to The Guardian. If you believe Boy Genius Report (which has a solid track record on RIM information), those include the Bold 9900/9930, a combination touchscreen/keyboard phone introduced in May; the Torch 9810, a sliding-keyboard phone like the existing Torch; the Curve 9350/9360, and the Torch 9850/9860, which are full-touchscreen phones like the old BlackBerry Storm.

But BlackBerry 7 isn't a solution to RIM's problems, it isn't "next generation," and these phones aren't new. BlackBerry 7 is an incremental update to the existing RIM phone experience, these phones have been in carrier approval channels for months, and they look and work a lot like existing BlackBerries. Once again, RIM's management isn't giving its customers what they need.

What we need, we've been repeating for months: we need a bold transition to the company's truly next-generation OS, QNX, and a clear acknowledgement that the company needs radical change. I've heard that from RIM CEO Mike Lazaridis occasionally, but he clouds the issue when he starts overpraising his current lineup. Today he said the technology in the new Bold 9900 "jumps a generation," which is true in reference to RIM's currently lagging products but not to its competitors'. Back in May, when it launched, he had a more realistic perspective on the Bold 9900, saying it was for longtime enterprise customers now relying on aging Bold 8830s.

RIM is setting itself up for a disaster of Nokia-like proportions here. Like RIM, Nokia had a successful 1990s-era smartphone OS, Symbian, that couldn't evolve into the 2010s. Like RIM, Nokia worked furiously on its own new OS, Maemo/MeeGo, that was supposed to "leapfrog" the industry.

The company has complained it can't move to QNX quickly because dual-core phone hardware isn't ready yet. But that's not true: both Nvidia and Qualcomm have been offering attractive dual-core platforms for months. Rather, the delays in all of RIM's launches—the Bold 9800 being pushed from summer to fall, the PlayBook tablet's software coming out incomplete and the QNX phones arriving whenever—speak to a basic gumminess in the company's operations.

Like Nokia, RIM seems to be crippled by a corporate and management structure that promotes bureaucratic confusion rather than brave new ideas. A few weeks ago, BGR published three letters from RIM employees citing a corporate culture where "It can take weeks of time to make small changes, and months to make major ones" and where "no one is accountable ... we will never achieve excellence with this culture." The company responded that "RIM recently confirmed that it is nearing the end of a major business and technology transition," presumably to QNX. But spotlighting BlackBerry 7 rather than QNX today does RIM no favors.

A software team stuck in the mud led to the total collapse of Nokia, and its rebuilding into a sort of Microsoft vassal. Nokia's stultified corporate culture couldn't realize its MeeGo vision, so most of its software operation was shut down and the firm turned into an OEM.

A similar fate could be in store for RIM if it doesn't get its act together and talk about QNX rather than BlackBerry 7. It's easy to see RIM becoming a specialized Android vendor, selling enterprise servers, secure clients, and handsets with great keyboards to a core group of enterprise customers. The business of business can be quite profitable—look at IBM and HP.

RIM also has a major, quiet advantage that makes little sense to consumers, but endears the company to wireless carriers. Its network proxy system compresses data so BlackBerries use less of our precious airwaves than other smartphones. That could be a big benefit to consumers laboring under data caps, although RIM seems totally unable to communicate how having a BlackBerry could lower your monthly data bills. Carriers, on the other hand, would probably love to have RIM's compression system plumbed more deeply into their networks.

Mike Abramsky, a long-time supporter of RIM at Canadian financial firm RBC Capital Markets, suggests breaking RIM up into two companies; I think the result would be similar. One RIM would diversify into business software and servers to support multiple mobile platforms. The other would make powerful, enterprise-oriented Android phones.

But such a RIM (or RIMs), focused on enterprise sales and back-end carrier deals, would be very different than the company out there today, and it (or they) would be much less visible to consumers. If the company would rather cheerlead behind BlackBerry 7 than fix its core problems, RIM's seven new handsets could be the last BlackBerries of their kind.

Samsung Could Stop Selling Sub ₹15,000 Phones In India Very Soon: Here’s Why
Xiaomi launches the Redmi Note 11T Pro series along with the Mi Band 7 in China
Motorola’s first 200MP phone will launch in July, could it be the long-rumored Moto Frontier?
iQOO Neo 6 5G to launch in India on May 31: Everything you need to know
Xiaomi and Leica’s partnership will bear fruit in July 2022: Could it be the Xiaomi 12 Ultra?
Advertisements