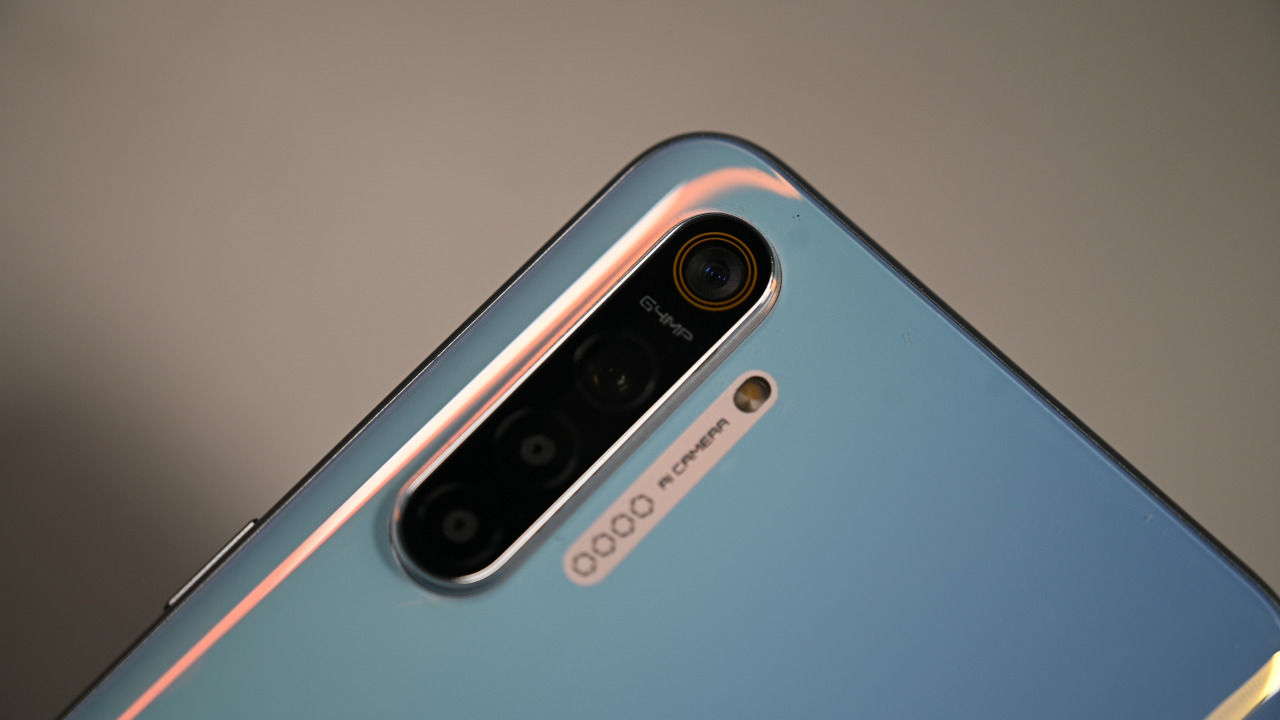 It's the largest camera sensor available for smartphones right now and matches the size of the custom 40MP camera of the Huawei P30 Pro - 1/1.72".

As far as smartphone cameras go, 2019 has been quite an exciting year. We saw the megapixel war get triggered once again, with more pixels at stake this time. Nearly every mid-range and high-end OEM offers a device with at least a 48MP camera. There's also a 32MP sensor thrown into the mix and now, with the Realme XT(₹ 15640 at amazon), 64MP cameras are soon going to become a reality. This is the first smartphone with the Samsung ISOCELL GW-1 camera sensor, the largest available in the market, to land in our lab. And while the official launch date is still some time away, we got an opportunity to take the 64MP camera out for a spin, to see if there's any significant advantage over the regular 16MP sensors or the famed 48MP camera.

On paper, there are quite a few things that are new in the 64MP camera. It's the largest camera sensor available for smartphones right now and matches the size of the custom 40MP camera of the Huawei P30 Pro - 1/1.72". The major difference is in the arrangement of the colour filters on top of the sensor. The Samsung sensor uses a typical 4×4 RGGB arrangement with 0.8-micron pixel pitch. Four of these small pixels combine to provide an effective sensitivity of a 1.6-micron pixel, achieved by what we call pixel binning, to capture more details without letting in too much noise. It's essentially the same underlying technology that makes the 48MP cameras good at capturing higher details at the default 12MP resolution. Only in this case, the default resolution is slightly higher at 16MP and photos shot at 64MP can be cropped to a higher extent.

Earlier, we did a deep dive into how the 64MP sensor worked. And after having used a pre-production unit of the then-unnamed Realme XT, we spoke how the camera was shaping up for use. Now, having used the camera for a couple of days, it's safe to say that while the 64MP camera is impressive at capturing details and offering a wider dynamic range, it carries over the same flaws that are there on the 48MP cameras. Let's take a look at some of the shots we've shot using the Realme XT — 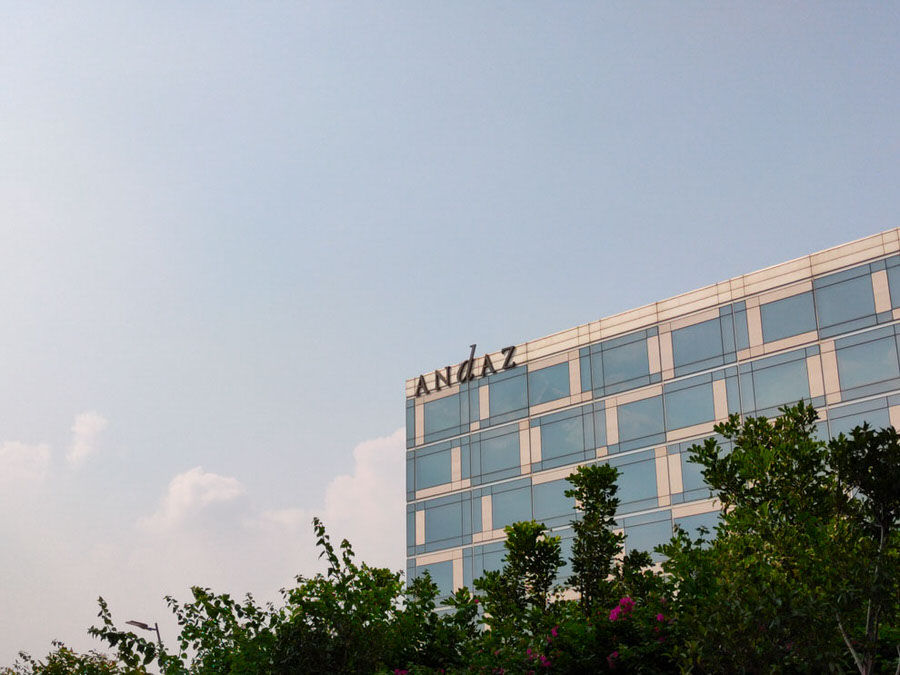 The Realme XT’s 64MP camera does a good job in capturing details. The name of the building in the frame was quite far from where I was standing and yet when you zoom in, there’s very little distortion and the text is perfectly legible. What was interesting to note was how dark the foliage came out as a result of focusing on the building, but that’s more or less expected considering the bright sky in the background. 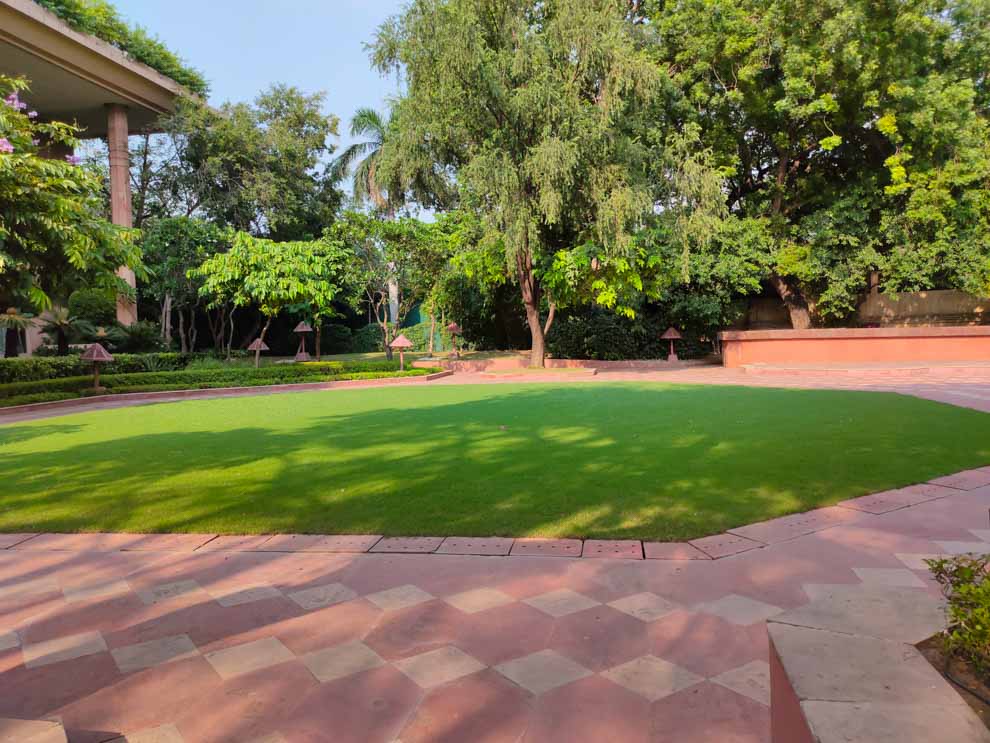 This was an interesting experiment we undertook. There is a squirrel in the image and while it’s not clearly visible at first glance, zooming will tell you there is one. Yet, when you pixel peep at 100 percent, the squirrel and the field itself is appear to lack detail..

Here’s the 100 percent crop of the same photo showing the squirrel in the frame. At its actual size, the squirrel and the grass don’t have that much detail. It’s smudged, hazy and looks like a watercolour painting. That’s primarily because of JPEG compression. 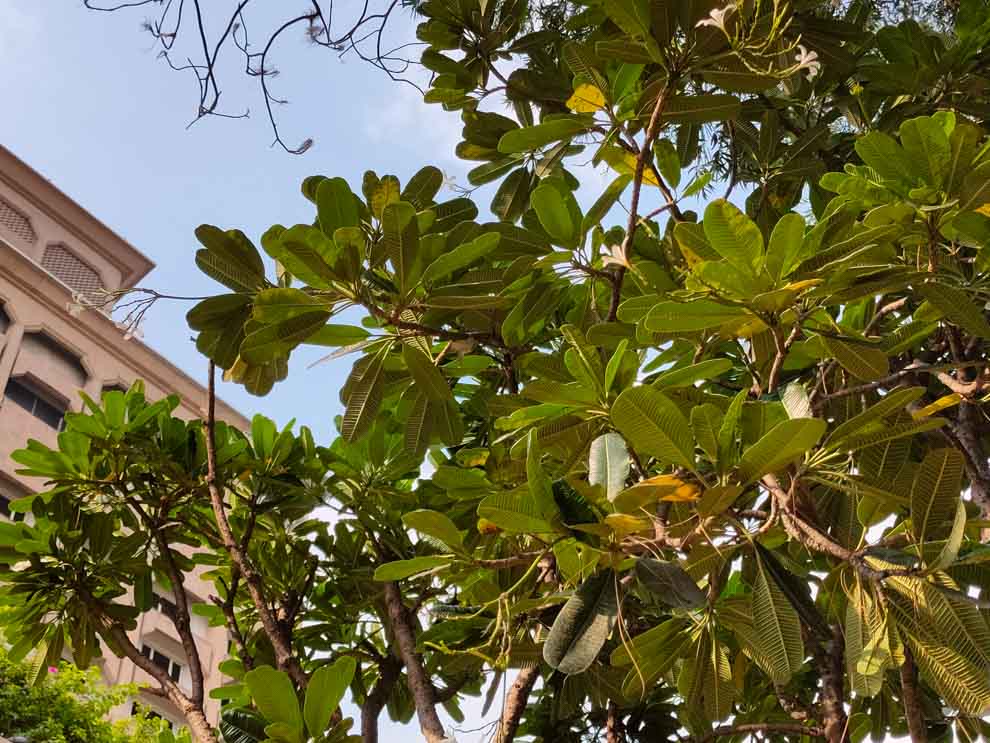 The sample above was a good way to judge the dynamic range of the 64MP camera. Usually, because of the harsh backlight, the texture of the leaves don’t come out very detailed. But that’s not the case here. In fact, the veins of the leaves are reproduced clearly without clipping out the bright sky. The colour of the sky is also maintained and so is the building in the corner. 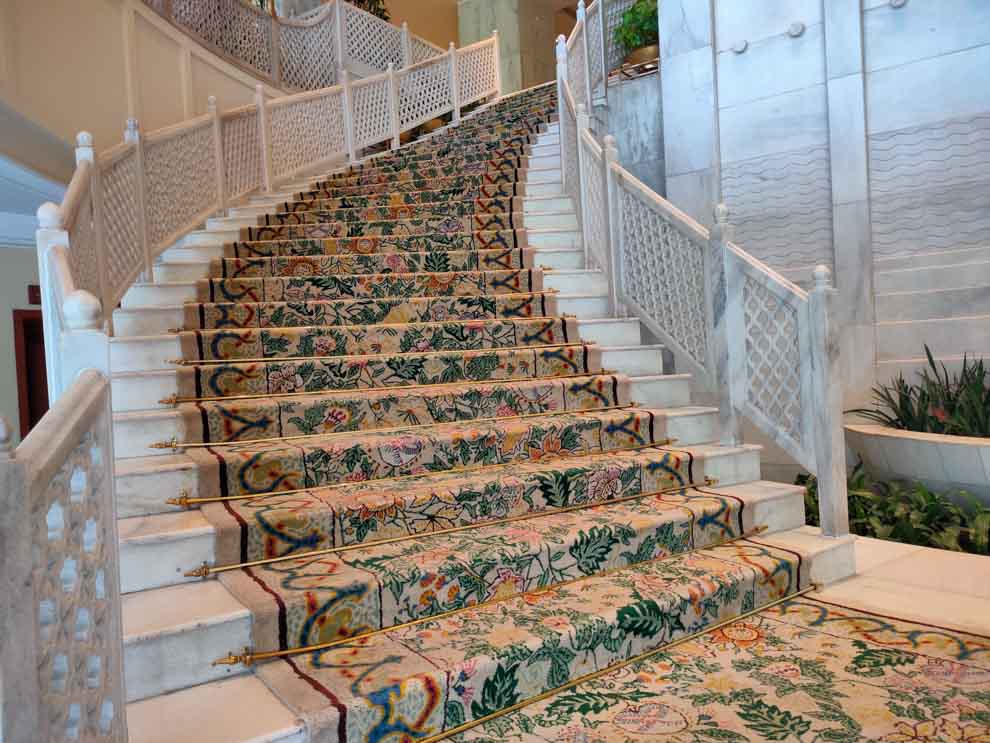 Moving indoors, we shot this beautiful staircase with a lot of intricate embroidery. Now, without zooming in, the photo does look super sharp in both the centre and in the corners. But at 100 percent crop, while the embroidery can be clearly made out, you lose out on sharpness. But that’s expected when you are cropping at 100 percent. 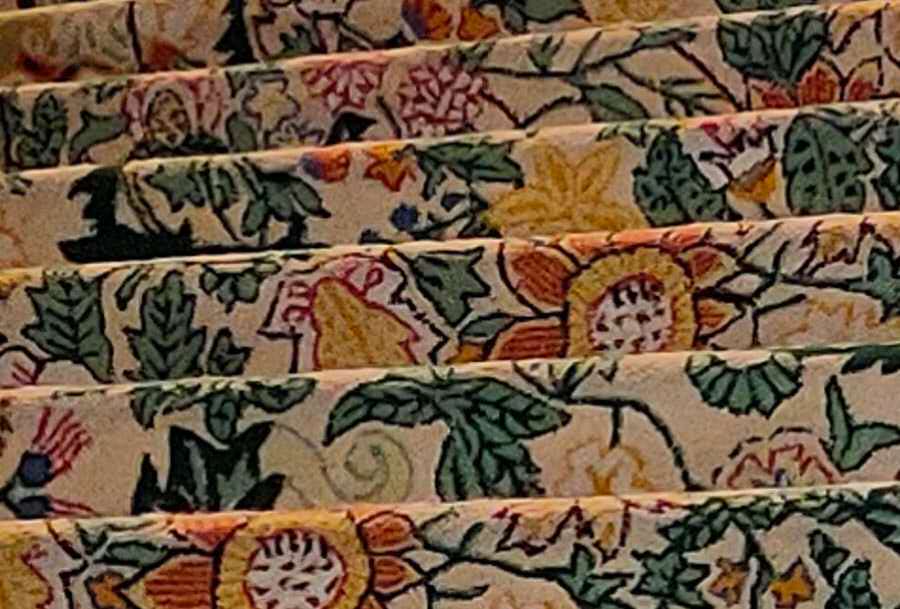 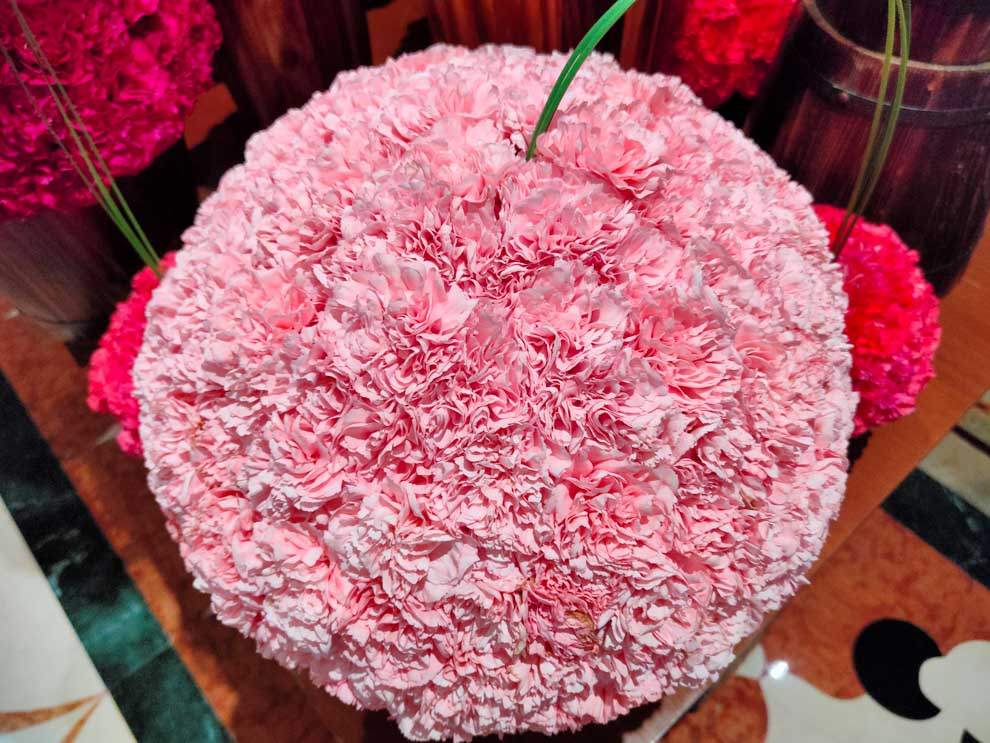 When shooting this flower, we noted something quite interesting. The photo’s sharpness is at its peak in the center, but as you go towards the corner, it starts to lose sharpness quickly, and by the end, the details are all fuzzy. You can see it in the 100 percent crop of the samples — 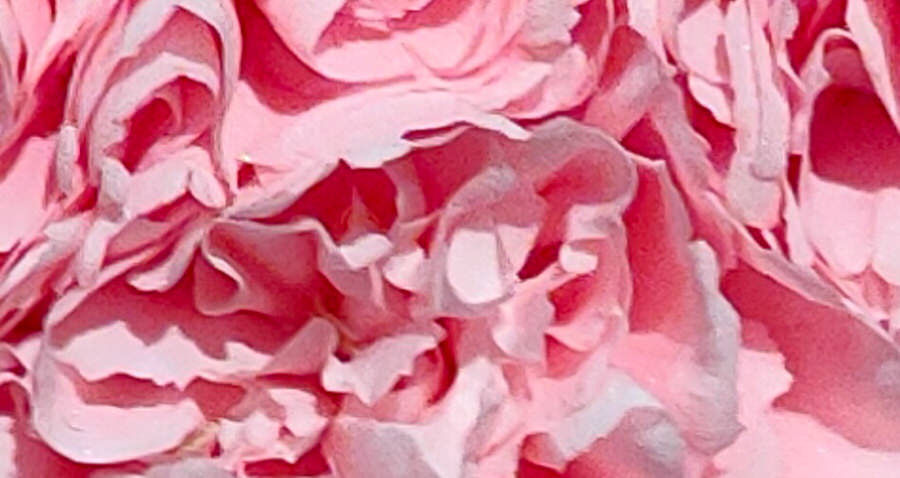 100 percent crop from the center 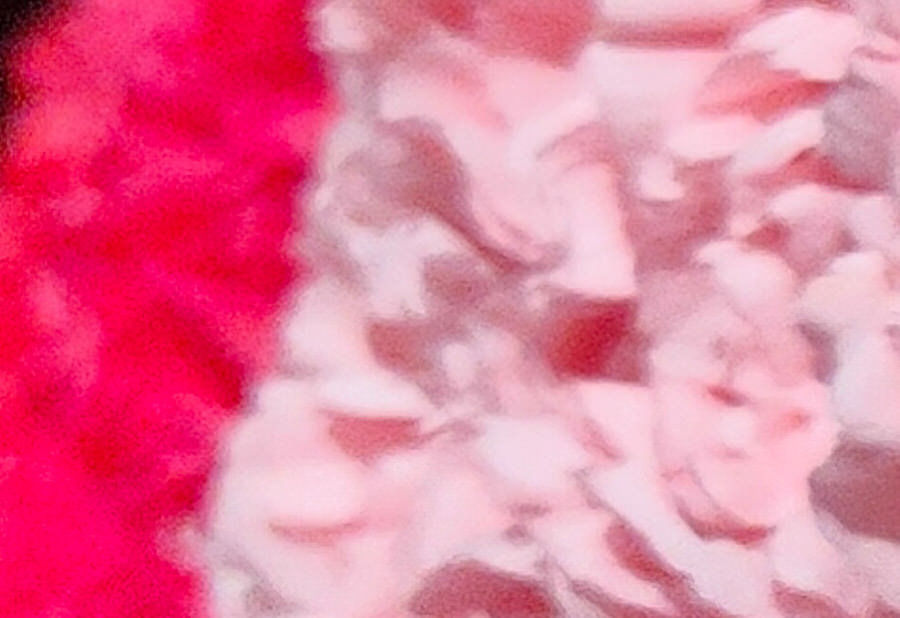 100 percent crop from the corner

It’s easy to see how quickly the camera loses focus when moving from the center to the corner. The flower texture in the centre is quite apparent (albeit with a lot of noise and compression), but in the corner, there’s no way to tell what you’re seeing. 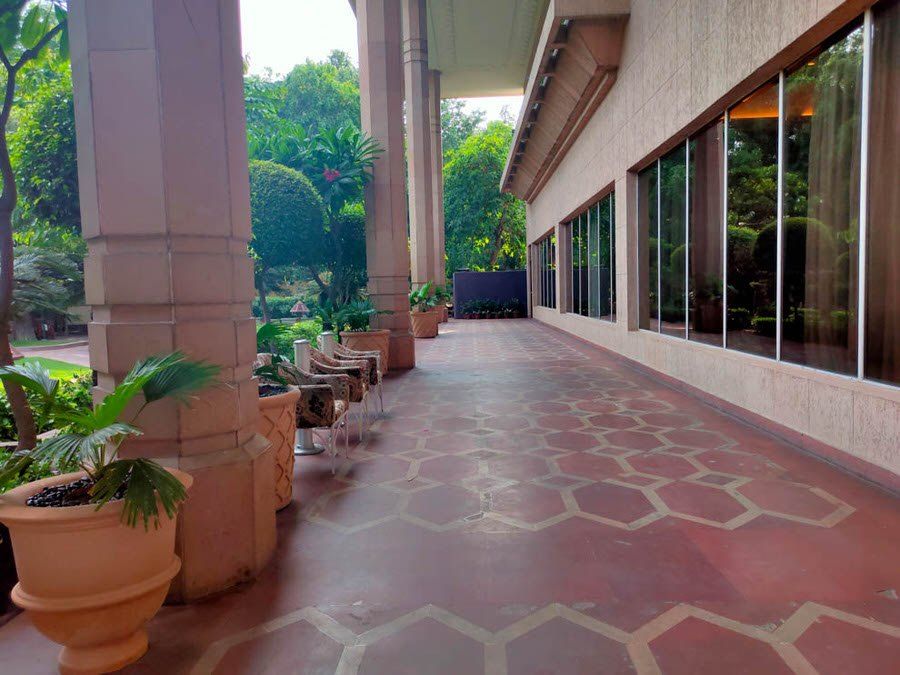 Here, the 64MP camera fails to bring out the true essence of the photo. At first glance, it does look finea but look closer and you will notice the sky in the background is completely burnt out while the details on the pillars are muddied. Zooming in, you can see the foliage very little details and part of the texture on the ceiling has vanished completely. 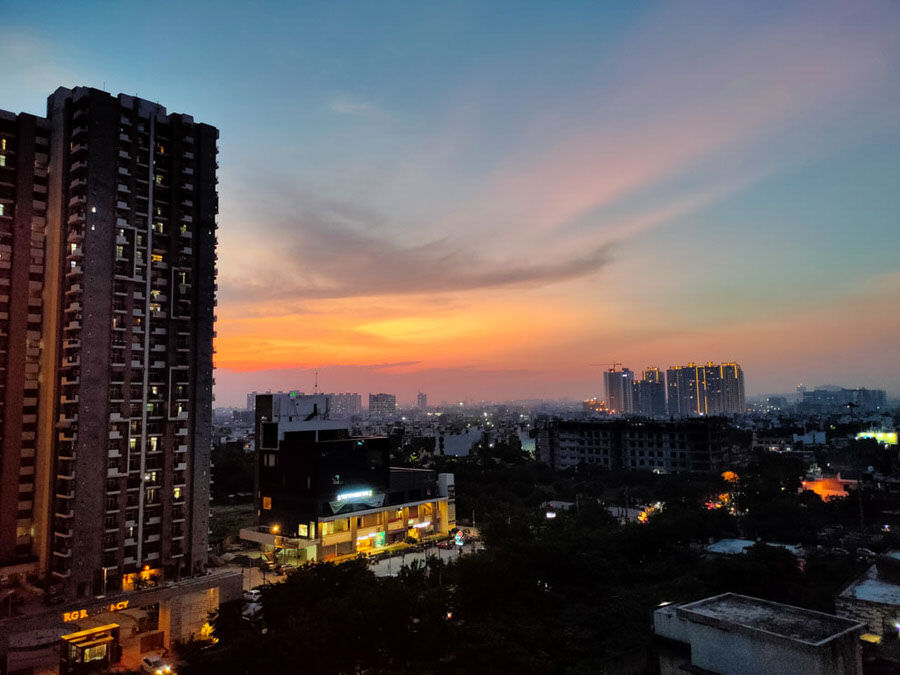 Next, we shot a beautiful sunset from a high-rise and the varied hues of the sky came out quite nicely. You can make out the sky changing from blue to yellow to bright orange. However, what disappointed us was the fact that the foreground with the trees has been completely darkened out. The building on the left has quite a lot of details though, but they seem to have been brought out by software manipulation resulting in significant noise. 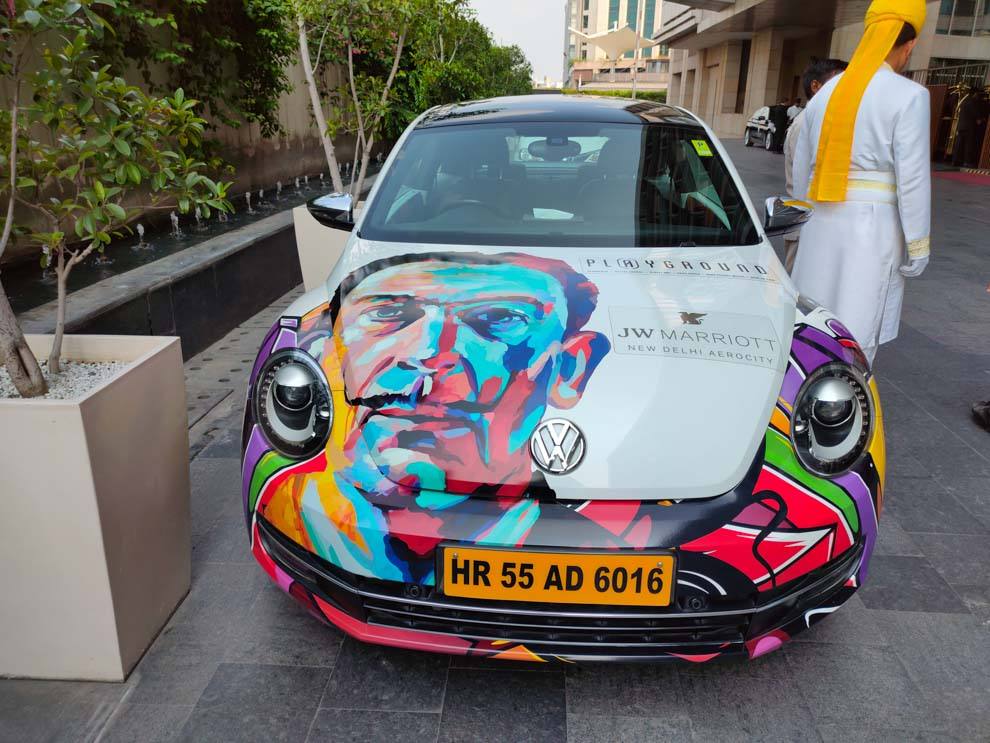 We end things with the master of surrealism and the Realme XT’s 64MP does good justice to the maestro. The photo was taken hastily and what surprised us was the fact that the processing time was really quick when shooting at 64MP. The colours on the car’s body also came out with absolute perfection.

The Realme XT’s 64MP camera really impressed us. Yes, the flaws of the 48MP sensor are carried over in the 64MP sensor as well, but the camera is able to produce sharp photos with good details. We are still exploring and investigating the camera performance for a detailed review where we will also consider the wide-angle and the macro lens, but for now, the Realme XT’s 64MP camera is shaping to be quite good.

Realme XT to go on sale at 12PM: Price, offers, and all you need to know

Realme XT goes on sale today via Flipkart and Realme.com: Price, launch offers and all you need to know