Realme Narzo 20 Pro camera review: Sure it can game, but can it also shoot? 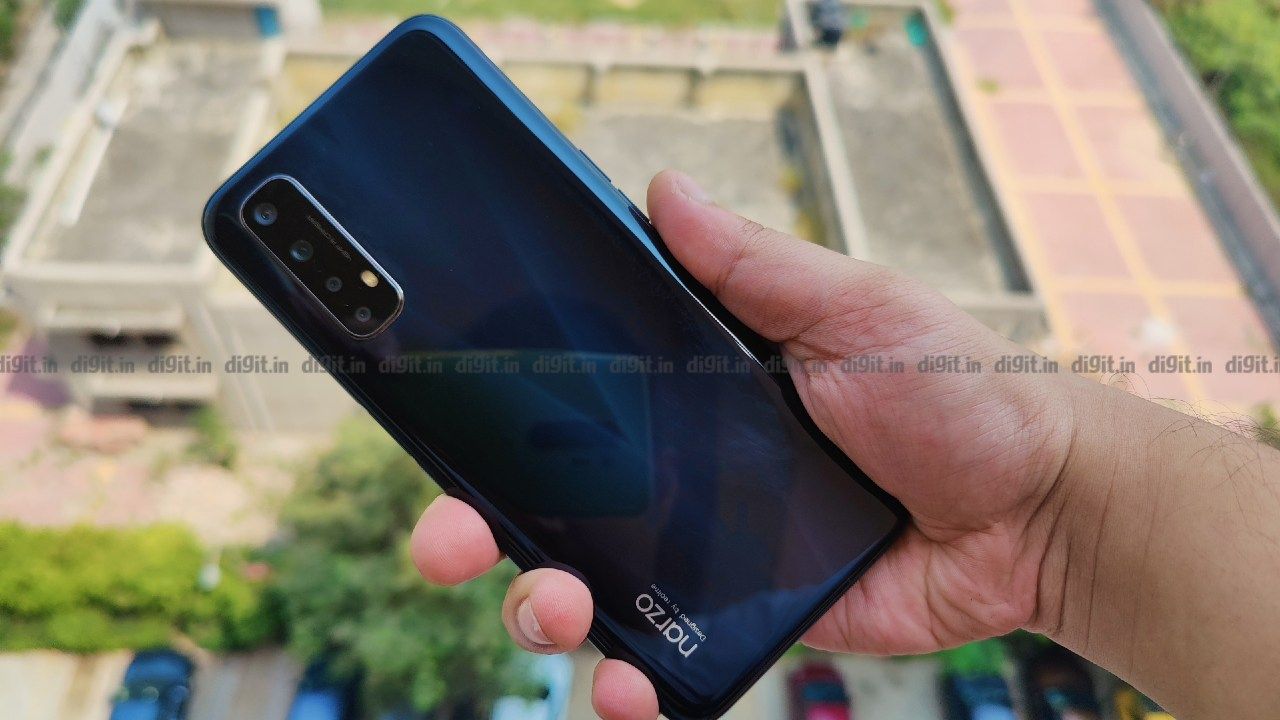 The Realme Narzo series is a new addition to the ever-expanding portfolio of Realme smartphones. Debuting earlier this year with the Narzo 10 series, Realme is now ready to move up the price ladder, and into the hotly-contested mid-range segment with the Narzo 20 series. The series has three smartphones under the banner, led by the Realme Narzo 20 Pro. Quite like the other ‘Pro’ smartphones by Realme in this price range, the Narzo 20 Pro also boasts of some cutting-edge features, but not necessarily anything new. It gets the 65W fast charging from the Realme 7 Pro and the MediaTek Helio G95 from the Realme 7. That certainly opens up new avenues for anyone looking to buy a new Realme smartphone, but what the Narzo keeps as its own is the camera. It sticks to the same Samsung ISOCELL GM-1 48MP sensor on the primary camera, even the Realme 7 series, and the Realme 6 series before it came with 64MP cameras. Well, megapixels hardly matter in this race for hand-held photography, so does the Narzo 20 Pro shoot just as well as it can game? Let’s find out — 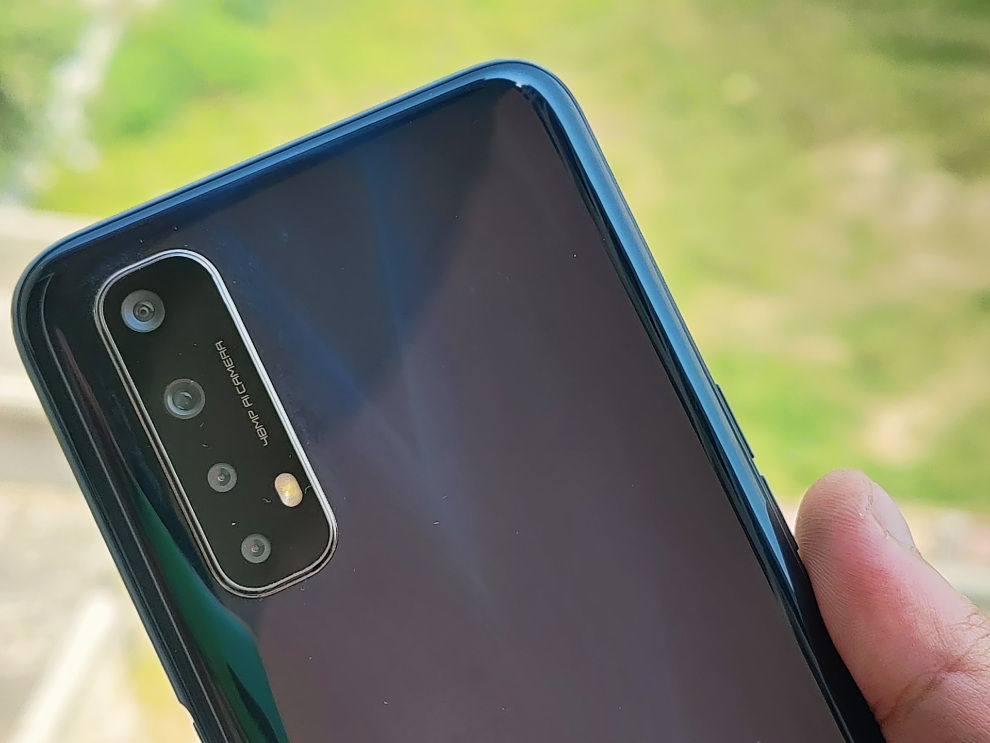 The Realme Narzo 20 Pro rocks a 48MP primary camera, along with an 8MP ultrawide lens, and two 2MP cameras for portrait and macro photos. On the front, is another 16MP shooter drilled into the display for selfies. There isn’t much separating the Narzo 20 Pro’s camera stack from that on the Realme 7 series. Except for the primary camera, where the Realme 7 Pro has a generational advantage of having a larger sensor size and more megapixels, the ultrawide, macro and depth sensors are all the same on these smartphones. And Realme’s tuning of the camera output is again quite similar. Where the smartphones differ is in the sheer number of features in the camera. The Realme 7 Pro boasts of almost everything that’s new and cutting-edge — Pro Night Mode, Starry Mode, Portrait Videos, Cinema Mode and more. None of these are present in the new Narzo 20 Pro, so the camera capabilities are certainly limited, even when there’s not much of a difference in the price tag. But, before we make a decision, let’s check out the samples —

The Narzo 20 Pro’s 48MP primary camera shoots rather well in the day. The photos have Realme’s signature saturation levels, and dare I say, a little too over-sharpened. Sample this photo taken from my balcony on a bright sunny morning — 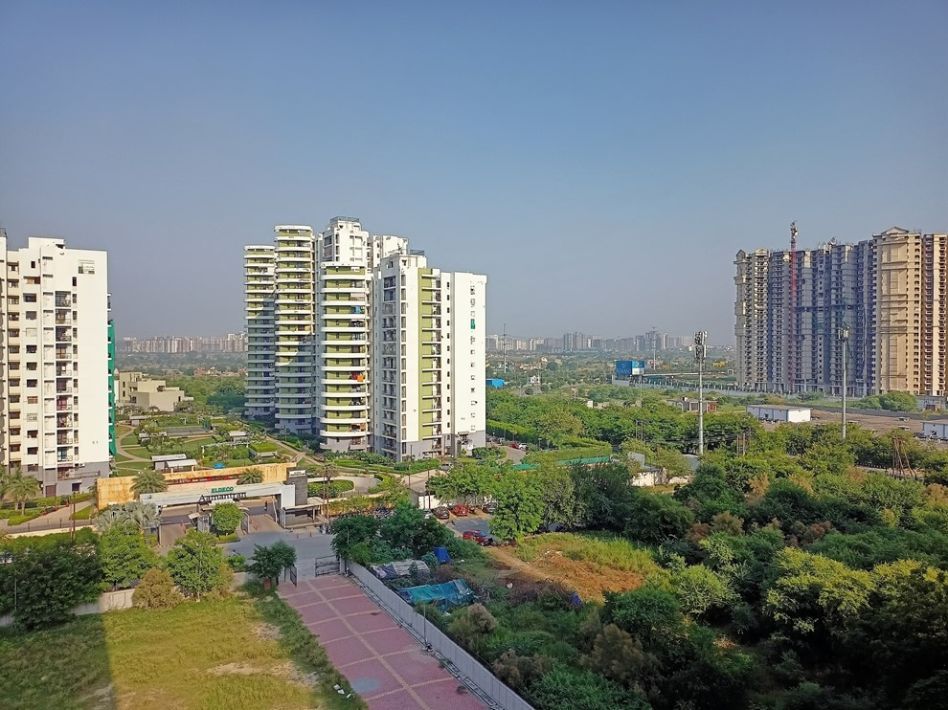 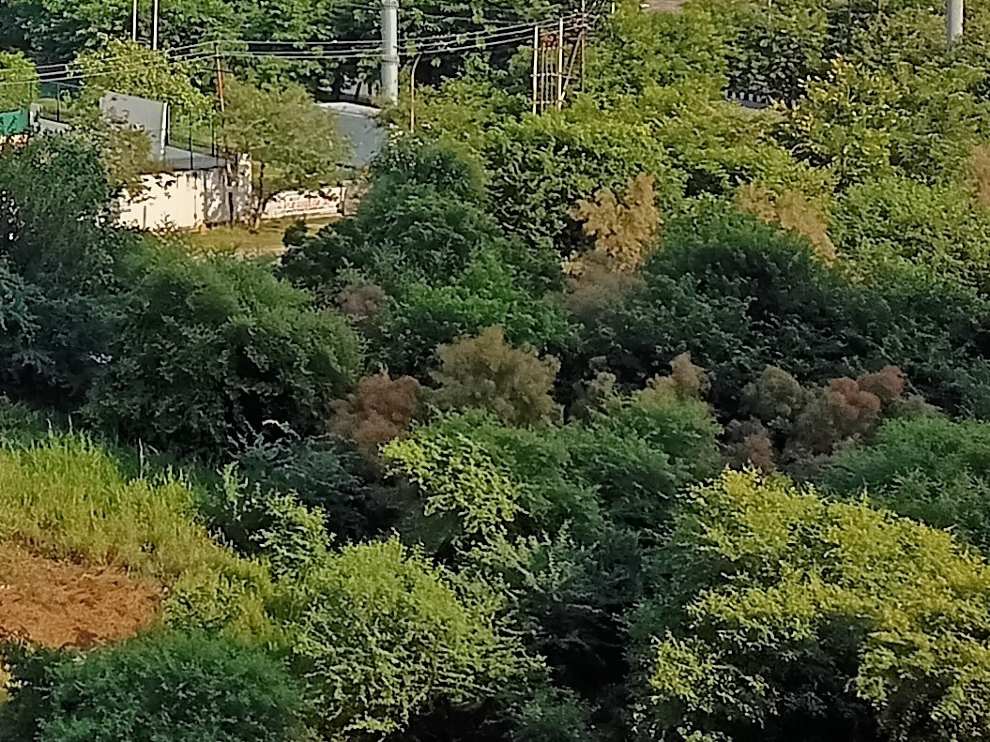 The greens look a little too bright for the eyes, and the buildings also look oddly brighter and slightly washed out. There seems to be too many details crammed into the foliage that the edges appear sharp and distinct. But zoom in, and you’ll notice it’s all overprocessed to death. 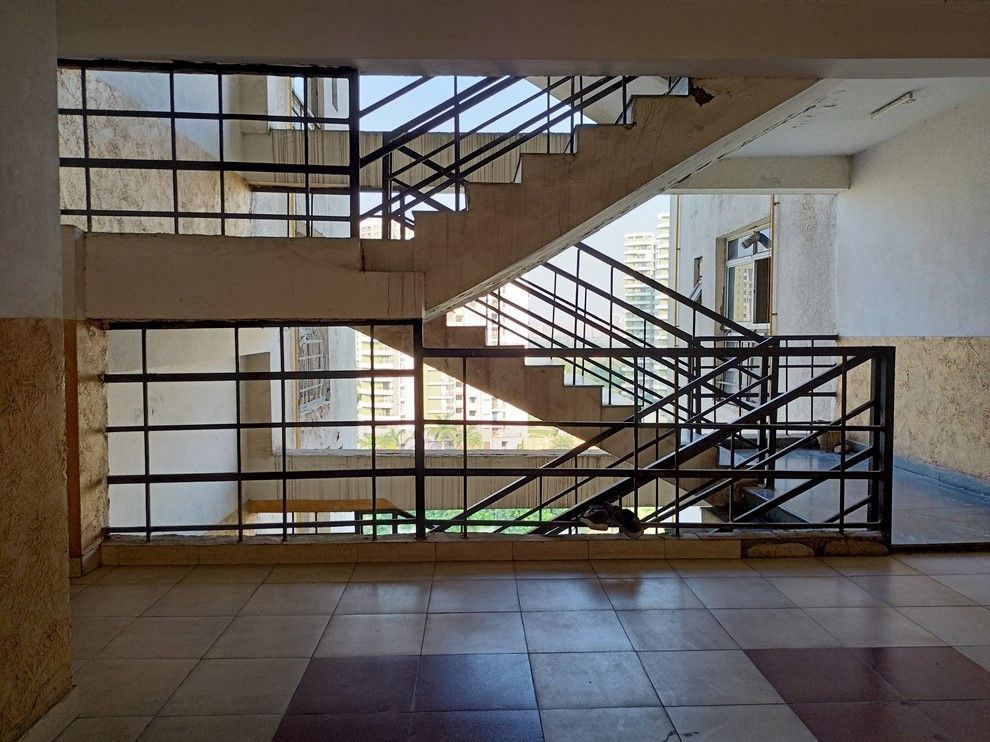 When shooting against a strong backlight, the camera tends to soften the background details, to keep the subject sharp and in focus. The background is expectedly clipped, but we have noticed other smartphones in this price range tackle this issue better.

The Narzo 20 Pro’s camera, if you can look past these flaws, is actually quite good. Yes, you do get better output from smartphones like the Poco X2 (review) which focus a lot harder on the camera, but for a smartphone geared solely towards gamers and performance enthusiasts, the camera output can just about pass for a good Insta post. Here are a few more samples shot in the day — 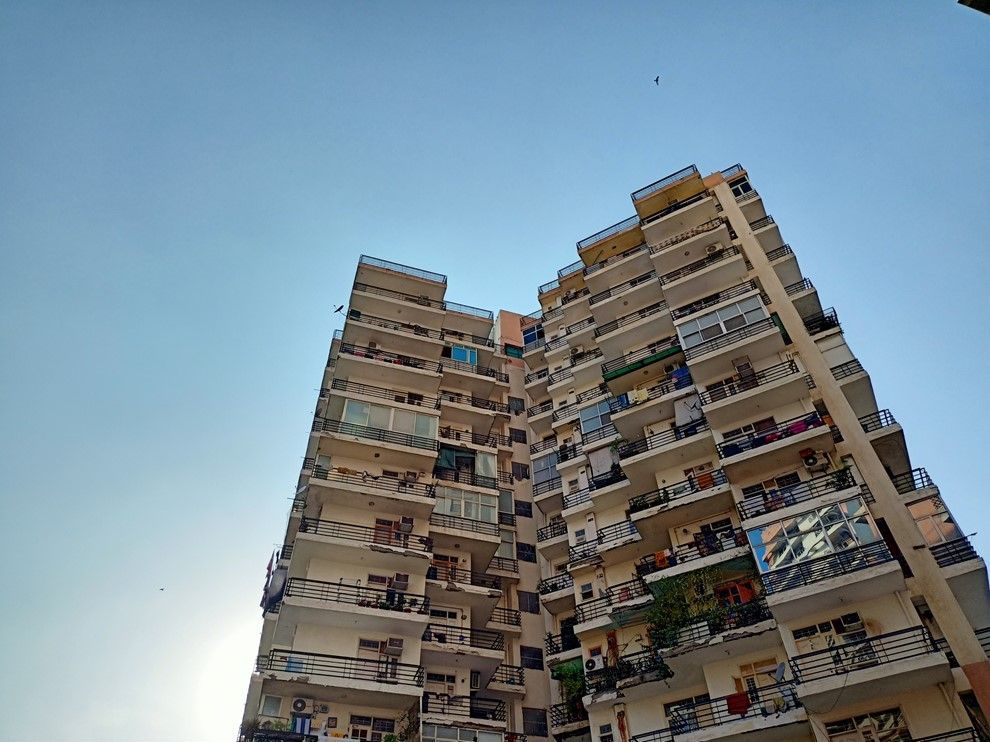 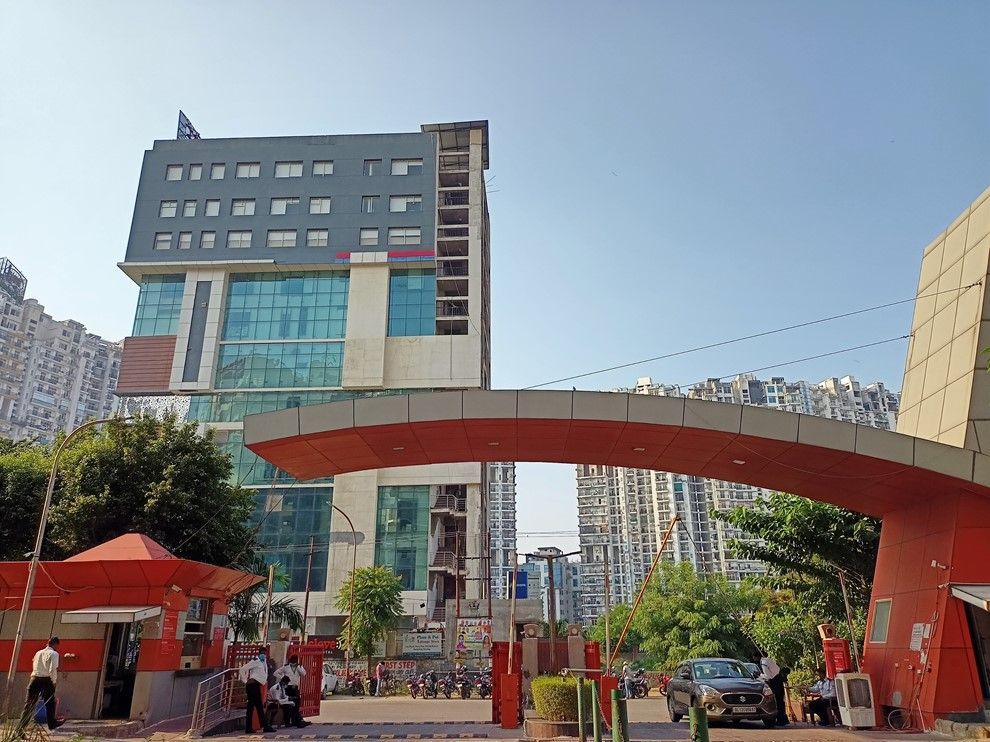 The same camera, when used indoors gets a little more tame. The overprocessing is not as apparent, and it also handles details quite well. Case in point — 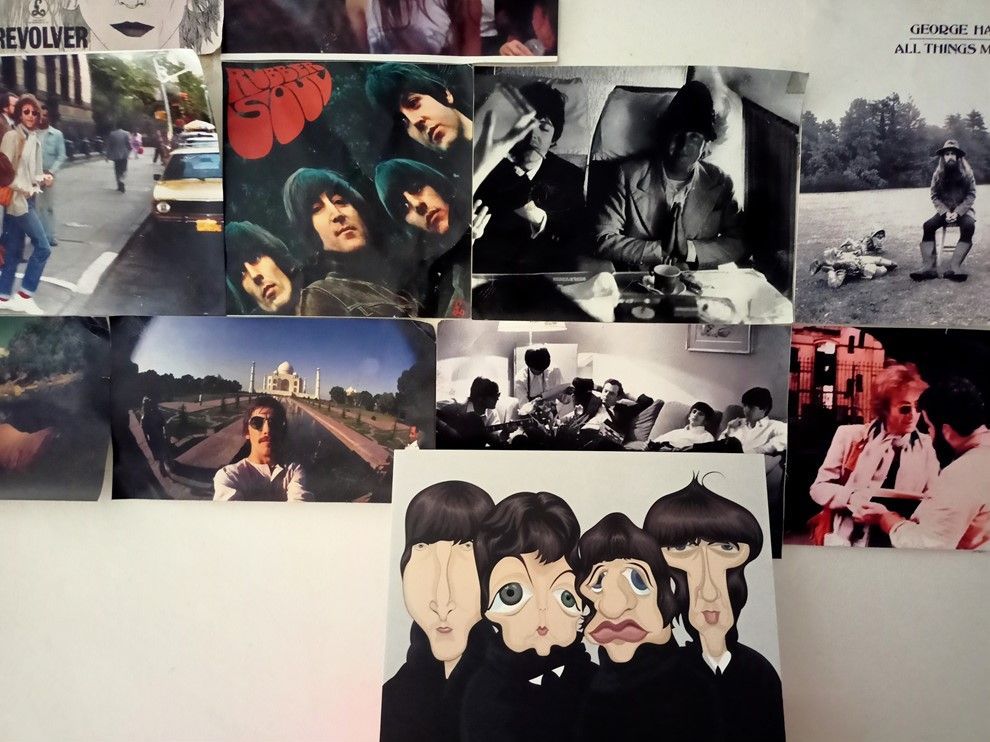 I quite like the fact that the camera was able to preserve the white balance accurately in this photo, despite a lot of elements that could throw it off. The details on the posters aren’t that high, but that could be because of the glossy surface of the posters, but look at the details on the surrealist portrait of the fab four to get an idea of how this camera performs indoors. 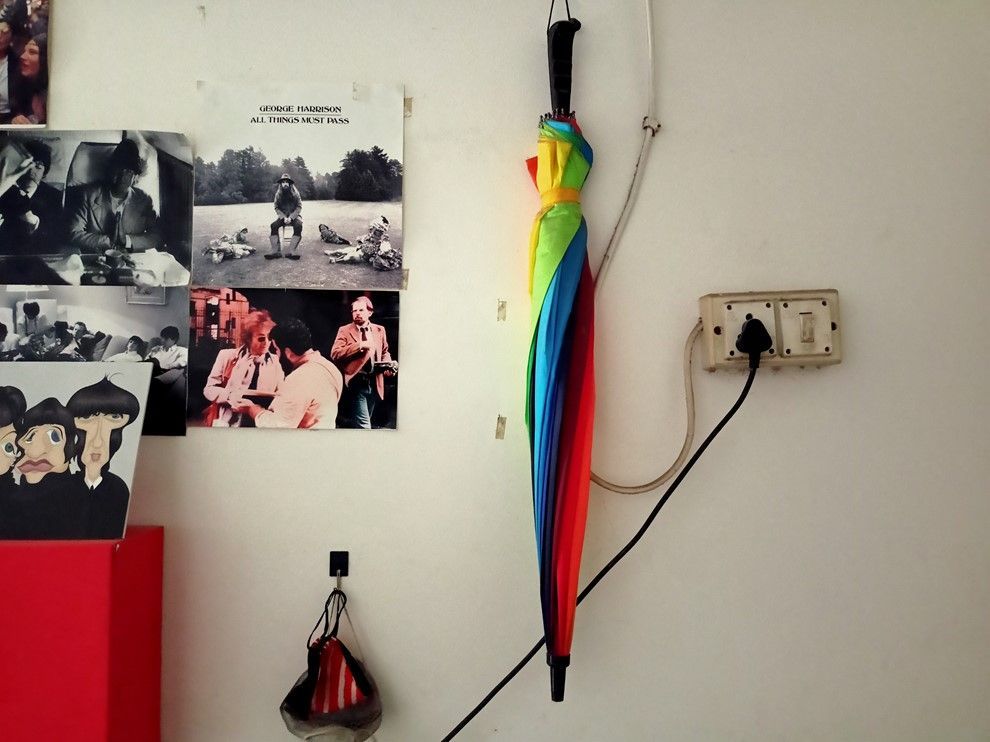 This one’s another example, and except for the strong red colour that looks way too saturated, the Narzo 20 Pro’s output looks aesthetically pleasing.

The Narzo 20 Pro does not have the Pro Night Mode controls like the Realme 7 Pro does. Neither does it have the Starry Mode that lets you shoot stars and galaxies, provided there’s no light pollution and you have a tripod. The former is something I’d use during my daily usage. The latter, only when I’m out holidaying in the hills. The Narzo 20 Pro only has the regular Night Mode that supports both the ultrawide and the primary camera, and you can even zoom in, at least on paper. The output is acceptable only from the primary camera, however. The ultrawide and zoom modes are better used in the day — 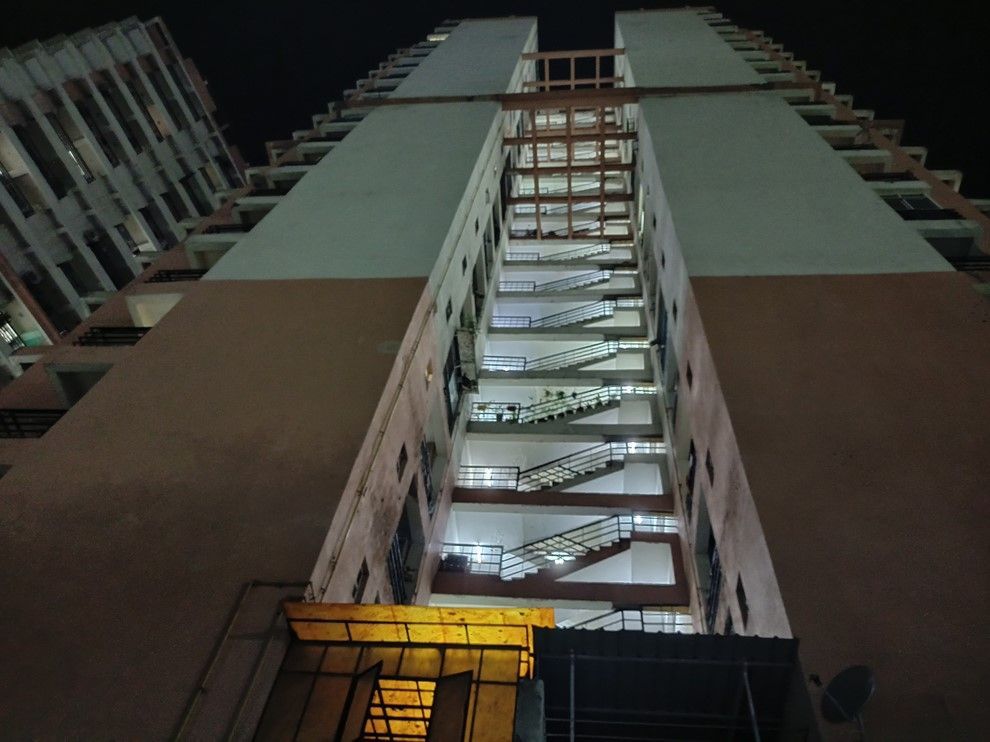 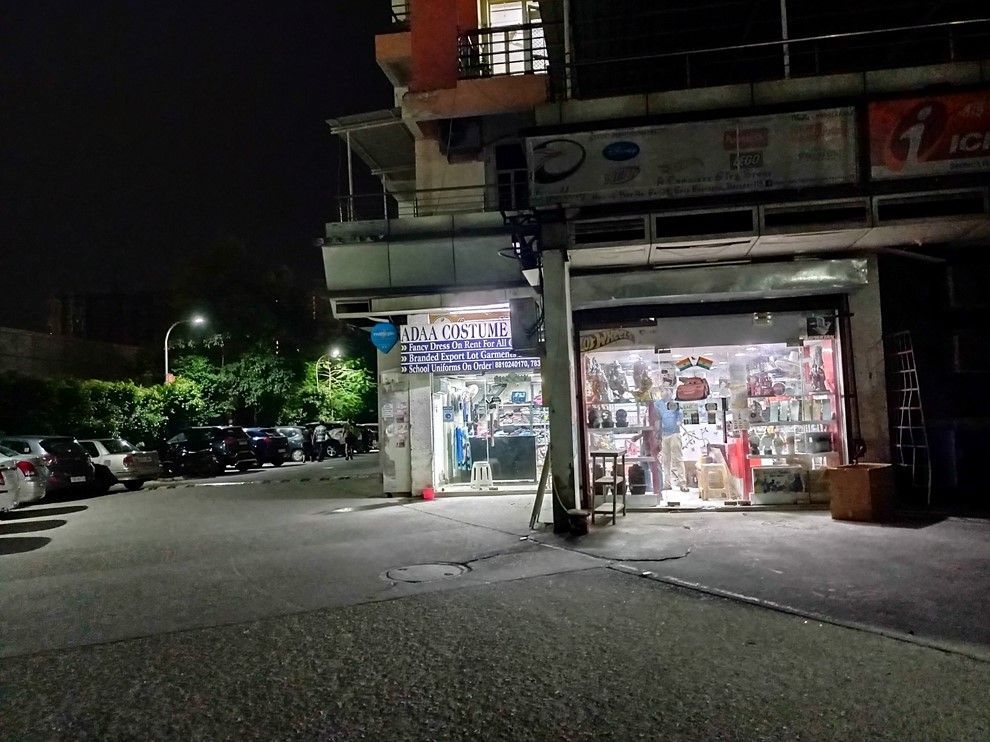 Credit where credit’s due, the Narzo 20 Pro can recover details from hoardings at night, but there’s little detail to boast of. Darker parts of the scene look smudged and noisy, and the output is far from aesthetic when seen on a monitor.

The 8MP ultrawide lens seems to be a staple in all mid-range Realme smartphones, so the output is also strikingly similar. Sample these two photos taken from the Narzo 20 Pro and the Realme 7 — 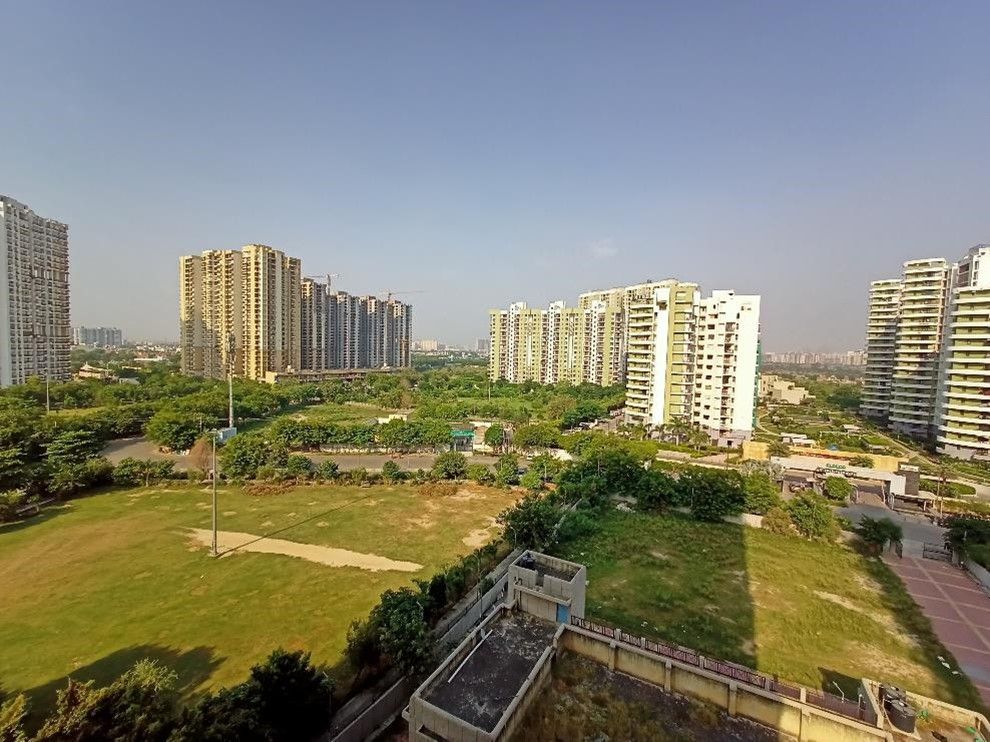 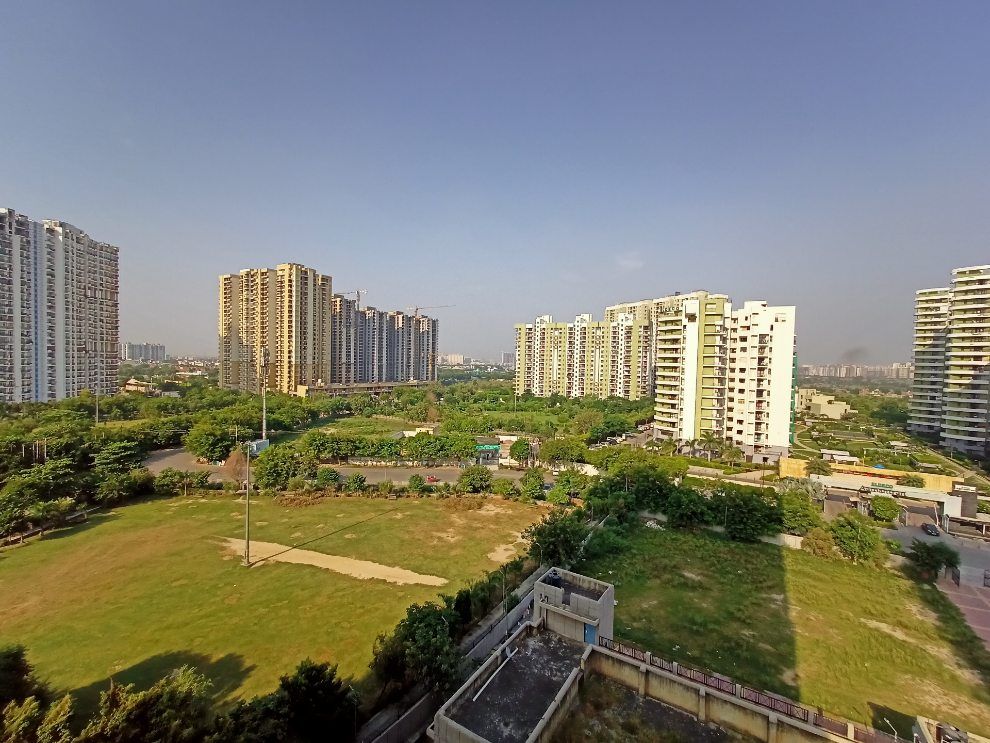 Aren’t they exactly the same? Photos from the ultrawide lens do appear nice and crisp in the day, but there’s also significant barrel distortion even when shooting a wide landscape, like this one from my balcony. 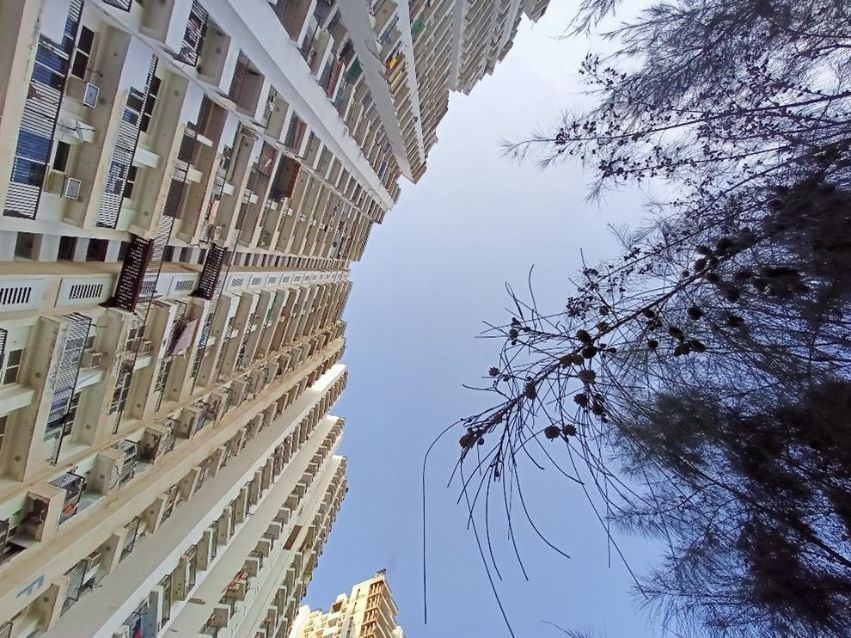 You get the most detail in the centre, while the edges are blurry and sometimes there’s fringing, leading to distorted colours.

The Narzo 20 Pro goes overboard in imaging, and videos weren't spared either. While there is support for 4K capture, the quality is nothing like true 4K. Instead, it’s noisy, lacking in details and has no stabilisation whatsoever.

The 1080p at 60 FPS is a little more forgiving, but here too, the details look far too overprocessed. There’s also the ultra-stable mode which removes the shakes and jitters, but leads to significant quality loss.

While the basics are still in need of optimisation, the best part about the Narzo 20 Pro’s camera is its portrait mode. I managed to get some fantastic shots of my pup, that came out looking quite detailed and the background accurately blurred. Here they are for your viewing pleasure. Don’t go by looks. She’s not that innocent — 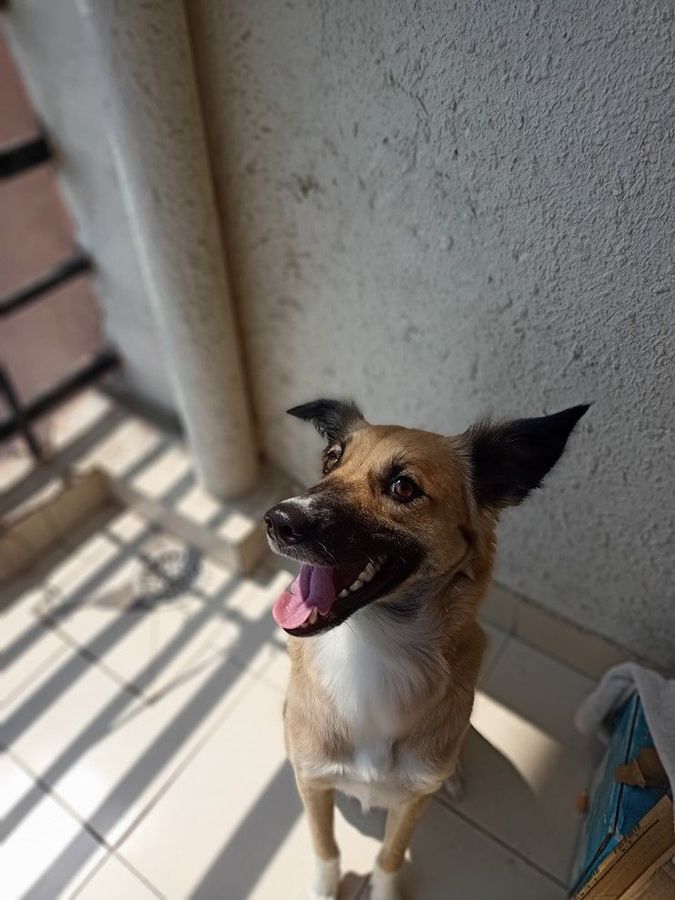 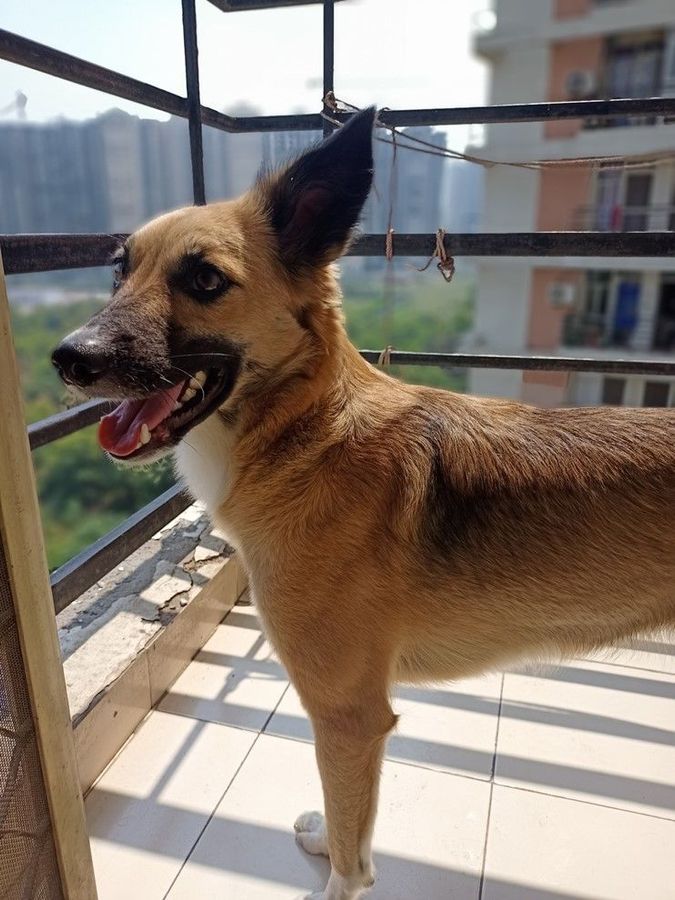 The 16MP front camera on the Narzo 20 Pro does take good selfies. I shot one against the sun, one inside the room and another against obstructed daylight. In all cases, the facial details were reproduced with clarity, but the beautifying algorithms did kick in by default to smoothen my face a bit. 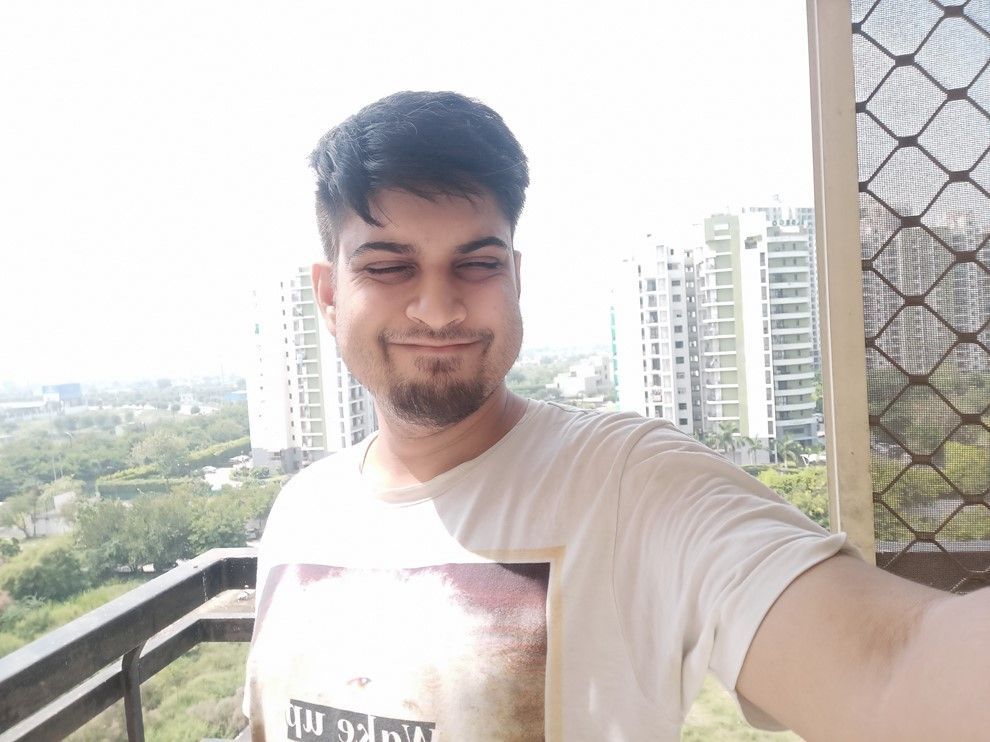 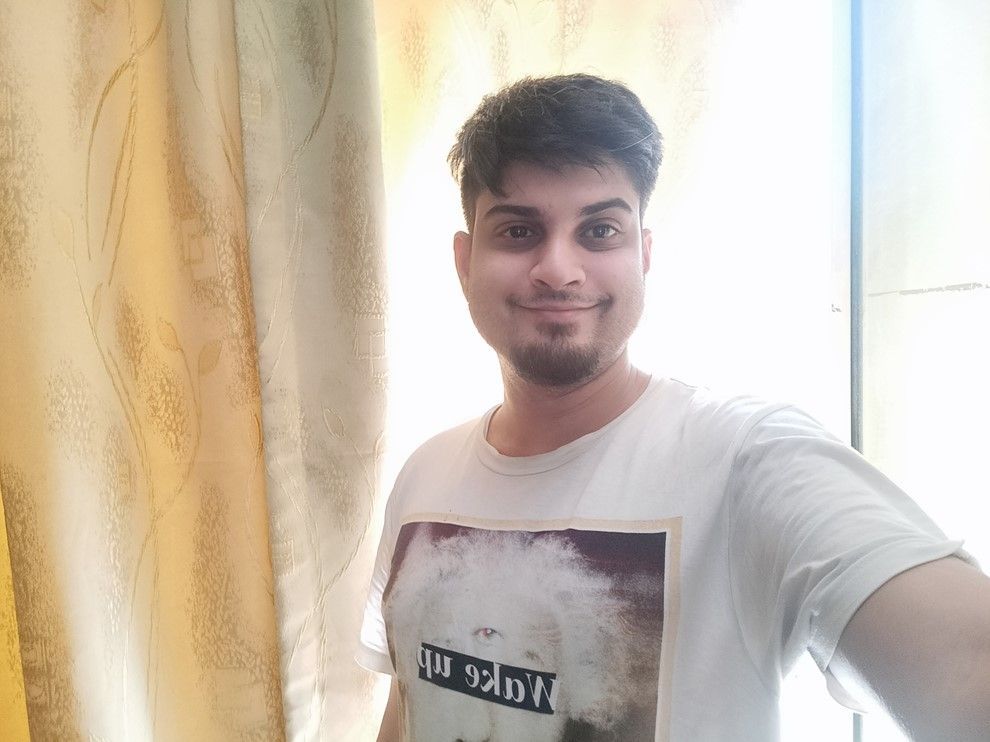 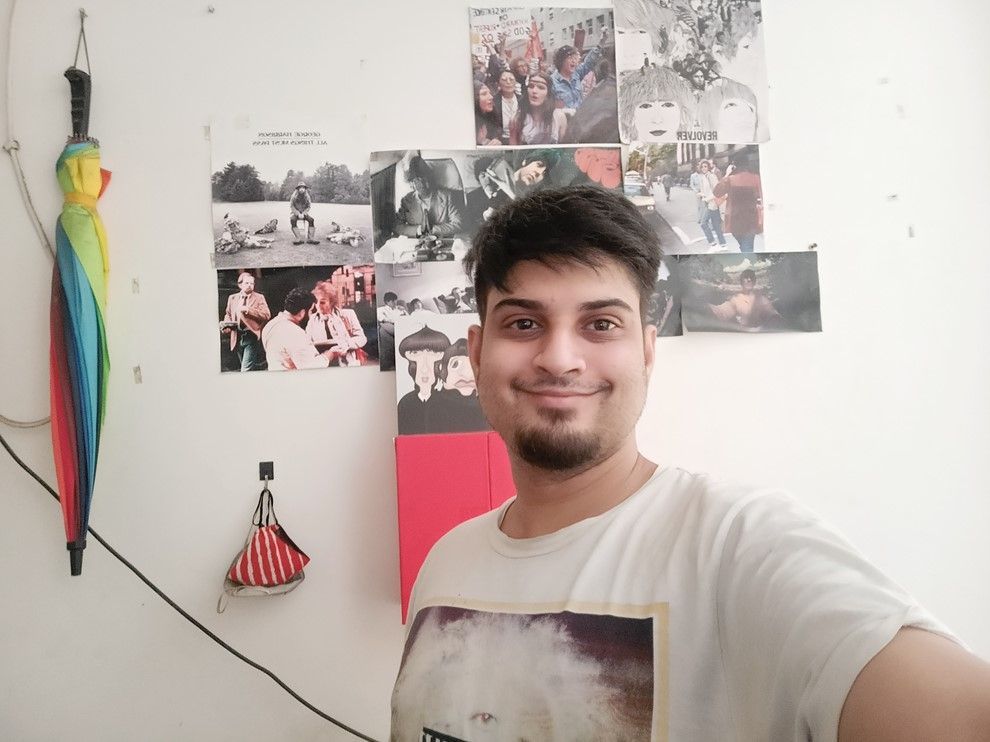 A cool new addition to the Narzo series are a bunch of futuristic photo filters, that seems perfect for the times we are living in. There are three filters -- Flamingo, Cyberpunk and Modern Gold, and these are also available in the Realme 7 Pro. The good thing is, using the filters results in some funky shots that may get some praise on social media. Here's how they look -- 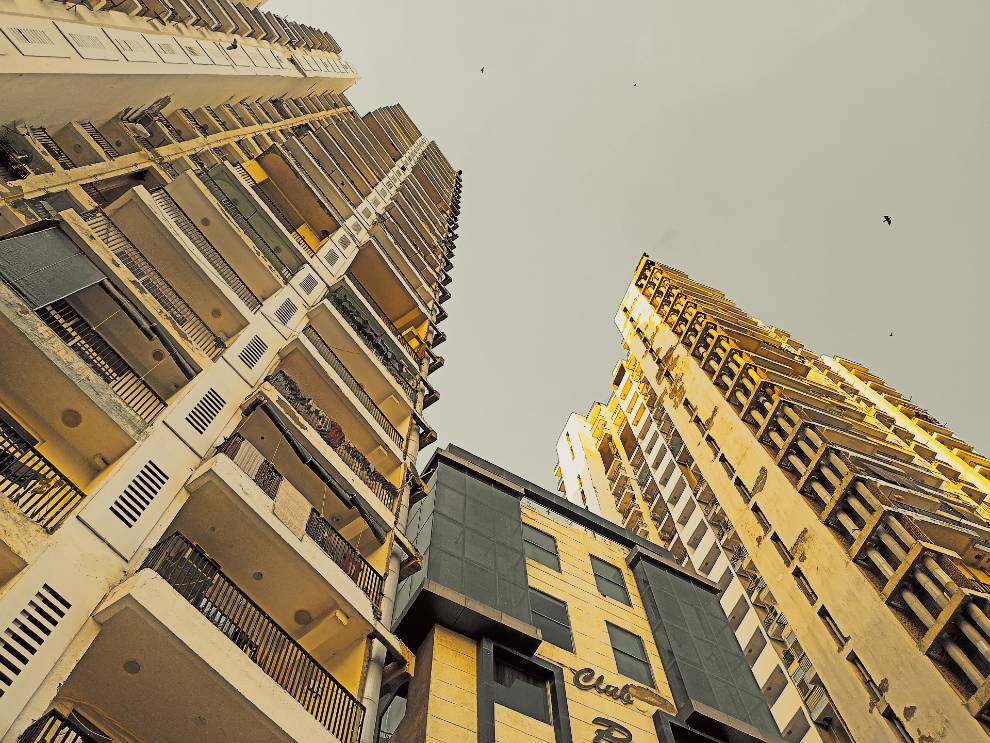 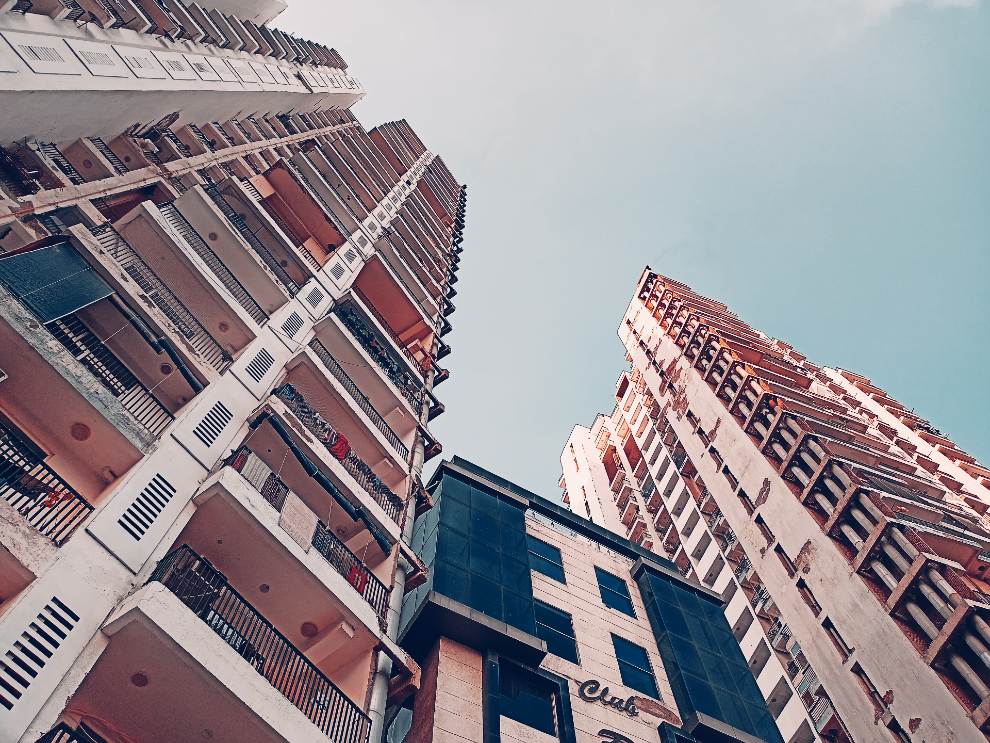 The Narzo 20 Pro is best marketed as a gaming device, because a camera champion, this is not. The Realme 7 Pro and, even the Realme 7 seems to be far better options for good camera output, should you want to stick to the Realme ecosystem.

Realme needs to tune the camera better. We have seen good output from the GM-1 sensor before, and this seems to be a case of poor optimisation. The company does have a penchant of improving the quality of their smartphones through software updates, and hopefully, the Narzo 20 Pro will not be spared.

Should you choose to buy the smartphone regardless, you can be rest assured that portraits and selfies are handled like a pro by the Narzo 20 Pro. And with a MediaTek Helio G95 SoC under the hood, the smartphone does promise excellent performance and gaming.