Nokia is bound by the same industry barriers that others are 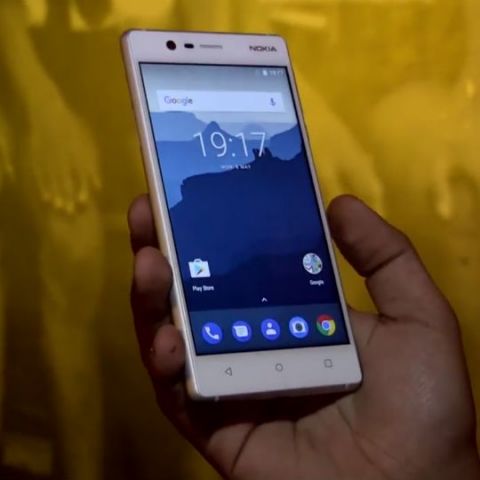 A few days after Mobile World Congress (or possibly before it), a select few units of the Nokia 6, 5 and Nokia 3 made their way to India. They were running on unfinished software when I saw them, in a meeting with HMD Global. But, I refrained from writing anything at the time, waiting for another day when the phones would be on finished software. Now, with its second and more publicised event in the country, Nokia gave us another (and closer) look at the upcoming phones. Unfortunately, I’m not yet impressed with the new Nokia phones.

Before handing out devices at its event yesterday, HMD Global said the software is still unfinished. So, there may still be improvements, and I’ll be the first to admit that a full review can change the verdict on a device. But, having tried the Nokia 3, 5 and 6 twice now, I’m sure of one thing, these aren’t phones that were meant specifically for India.

You’ve questioned the choice of specifications yourself, so I’m not going to do that. And frankly, a Snapdragon 430 isn’t a deal breaker anyway, as long as one can make up for the 50%(theoretical) performance loss between that and a Snapdragon 650/652. So, what disappoints me is that the camera app itself takes a few seconds longer to open on the Nokia phones, than it ideally should. Again, this may change with “finished” software later. Nokia maintains that the Snapdragon 430 is the newest generation of Qualcomm's SoCs, but it was always behind the 650/652 and will be far removed from the Snapdragon 660, launched today. So, when it comes to market, the Nokia 5 and 6 will essentially be a year old already.

However, Nokia is touting the purest of pure Android experiences, so I don’t see what changes can happen later. But then, I’m not a product engineer either.

I’m not sure if others will write it, but murmurs of sub-par cameras were heard pretty loudly at Nokia’s event last night. Thankfully, product launch venues never really have good lighting, which means I (and others too I’m sure) can not really pass a verdict before we review the phones. And that’s a good thing, let me tell you why.

Why do the Nokia phones not impress

Simply put, the Nokia phones of yore were very relevant to India, from the Nokia 1100 to the 7610, they all made sense to some kind of buyer. However, in an “evolved” smartphone market, these phones may be lost amongst seemingly endless options. As far as design is concerned, these phones are distinctly Nokia. But honestly speaking, I don’t see that being enough, at least not in today’s market. To be clear, I’m not saying Nokia phones won’t sell here. I’m simply saying that they don’t match up to competition, at least as far as reviews are concerned. The iconic brand will definitely put up a fight.

There are two great elements about Nokia’s phones. First and foremost is how they are designed. The Nokia 3 and Nokia 5 immediately remind you of the Lumia 720 and Lumia 925, two of the best designed smartphones ever. Estimating their prices to be below 10k and 15k, respectively, they’re definitely going to be the best designed smartphones in that segment. I’ll admit, if it does well enough, Nokia may actually push Xiaomi, Lenovo and others to raise their design game.

The second element that sets the Nokia phones aside is the promise of monthly security and speedy Android updates. The company had said earlier that it works very closely with Google, so one can expect timely updates. In my book, that’s a big positive in a market where customers are essentially being duped into buying Marshmallow powered devices still.

But that’s it, that’s what sets Nokia branded phones aside from all others in the market today. Will it be enough? Only time will tell. I can’t predict consumer behaviour, but I do think these phones will be tough to argue for, against the competition.

The question we’re asking is whether excellent design and fast updates are enough to overlook shortcomings in camera or processor departments. As mentioned above, our tests suggest the Snapdragon 430 is nearly 50% slower than a Snapdragon 650/652 and considerably slower than the 625 too.

Similarly, a 13MP camera is good enough to fill spec sheets, but it leaves no lasting impressions at least on first look. That’s true for all three of Nokia’s smartphones. The cameras are neither fast, nor do they seem to click photos that are really impressive. Personally speaking, the camera sensor may need adjustment or overhaul here, since right now, images did look dull and soft.

The fact is, we all expected Nokia to pull a rabbit out of its hat, but that's not happening. We wanted something new, and Nokia is giving us same old, same old. And that's why there are mixed feelings about Nokia's smartphones. Truth be told, there are few phones that can boast the smooth and premium metallic finish as on the Nokia 5 and 6, and there's literally no sub-10k phone that feels as good in the hand as the Nokia 3. But, that still doesn't make this new. We've said these things about other phones before. And frankly speaking, none of the Nokia designs compare to what Samsung and LG achieved this year. That would perhaps qualify as new, if Nokia could do it in current price brackets.

Similarly, stock Android is well and good, but Motorola's done that before and is thriving on it. What does Nokia add to it? To make matters worse, Motorola just produced what could be the best camera ever seen in the budget segment, all with a vanilla Android experience. If you consider differences between the Nokia 5 and Moto G5, it'll essentially come down to the fact that Motorola doesn't give monthly security patches, bundling them in bigger updates instead. When you weigh that against its superior cameras, performance, and almost similar design, the choice is easy to make.

I truly can't find anything that sets Nokia's phone aside from others, and that's what is disappointing. In the same breath, one must admit that that's true for almost every smartphone maker today. I'm not even considering the fact that Nokia's phones can't take advantage of Qualcomm's Hexagon DSP, Spectra ISP or support more than Category 4 LTE, because those are actually features that go over and above the call of duty for low-end markets.

The good thing is that this is only the beginning for HMD Global. The key takeaway from yesterday’s event or from my earlier meeting is that the company is bound by the same boundaries that the rest of the industry faces. Nokia’s designs are great, but they’re nothing we haven’t seen before. Like you, I would love to see an N-Gage running on Android, at an affordable price tag. But that’s not happening anytime soon.

On the flipside, Juho Sarvikas, HMD’s Chief Product Officer, did say there will be more phones this year. When asked about upcoming devices, he said, “We’ve launched three phones this year, the Nokia 6, 5 and 3. That leaves some numbers unused,” with a big grin on his face. So, there’s still something to look forward to.