Mobile gaming tips and tricks for an awesome gaming experience 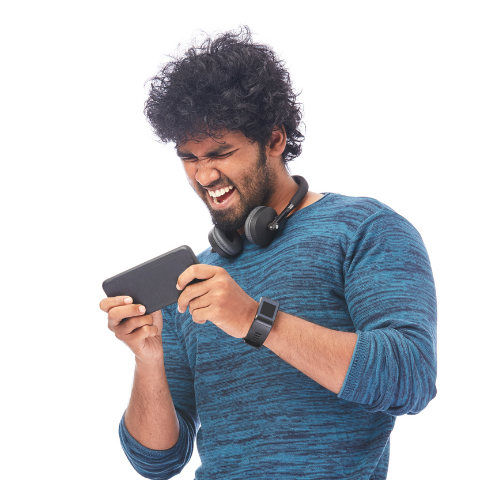 Smartphones keep getting faster each year, so much so that it’s now possible to play old PC and console games on your phone. In fact, many modern PC and console games also offer a version tailored for the mobile phone. It’s no wonder that many people now use the mobile phone as their primary gaming device. This isn’t very surprising considering the fact that a smartphone is usually more accessible as compared to gaming consoles or PCs.

So, if you take mobile gaming very seriously, here are a couple of tips that should help you make the most of your device.

Try to play games with a 100% battery

True to their name, smartphones really are very smart now. For example, when the resources are limited, it knows which processes need to be prioritised. As such, when the battery drops below a certain percentage, the device may automatically switch to a ‘low-power’ mode in order to conserve battery. You may even see this when it hits the 20% marker, however, it usually starts reallocating resources even before that. So, there is a noticeable drop in the performance of a game when you play it on low battery since it is a resource-intensive activity.

Wi-Fi may not always be the best option

While Wi-Fi is a very good option to play multiplayer games, it may not be the best option every time. If you have a poor ISP, you might notice frequent drops in connection. Further, if anyone else is using the same connection to download files or watch videos, then your connection might suffer further. In such situations, you’re better off using your mobile internet to ensure stability. As such, you need to ensure that your operator offers fast internet speeds. According to Ookla, Airtel offers the best internet speeds in the country. Further, Airtel's LTE 900 technology should ensure better indoor connectivity.

Use Developer Options to your advantage

Android’s Developer Options offer a range of settings for you to play around with. Certain settings can help you get better gaming experience. For example, 4xMSAA (Multi-Sample Anti-Aliasing) can improve the visual quality of games. However, you will have to pay for this quality with higher performance requirements and increased battery drain. So you’ll have to take that into account before you turn it on.

Flash a custom ROM or a Kernel

The best thing about using an Android phone is the fact that there is so much you can tweak. There are loads of Custom ROMs and Kernels available online. Many phones have performance-centric customs ROMS that you can download, while some also have Kernels available, while can lead to system-level customisations. However, this should ideally be done by those who are very familiar with how Android works as there is a chance that you might brick your phone if you do something wrong.

Playing games for an extended period of time can generate a lot of heat. If your phone gets too hot, the device will automatically start throttling the CPU in order to cool down,and protect the internal components from any damage. Not only that, but a hot device is also difficult to hold on to. The best way to counteract this would be to play in a cool environment, such as one with air conditioning. If you have a phone case on, removing that also helps your phone cool down faster.

So the next time you're playing an intense mobile game, keep these pointers in mind and you’re sure to have a more enjoyable gaming experience.