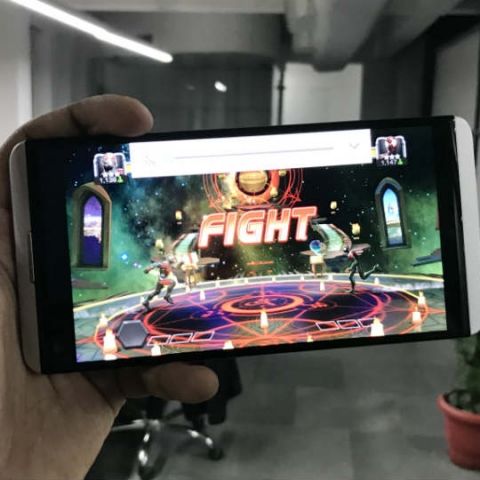 LG has had a bad year with its flagship smartphones once again. The LG G5 was the first real modular smartphone ever, and it got all of us excited, but when we finally saw it, the device was quite disappointing. So, the LG V20(₹ 29199 at flipkart) stands to deliver what the G5 couldn’t, a flagship smartphone experience that anyone would like. It was also the first phone to get Android Nougat out-of-the-box globally.

The LG V20 was launched in India recently, at a price of Rs. 54,990, putting it in contention with everything from the Moto Z to the Google Pixel. But being the first phone on Nougat, it drives our expectations higher. Here’s what our initial performance tests suggest.

The LG V20 runs on Android Nougat, and for the most part, it’s a functional device. That said, the phone does have a sluggish feel to it. When unlocking the device, the home screen appears before the icons that are on it. The phone takes a moment to show the icons on the screen.

This becomes a real issue when playing games on the device. The Snapdragon 820 is genuinely fast, but there’s something in the LG V20 that seems to slow things down. While playing Marvel: Contest of Champions, the game was riddled with lags, from the main menu to gameplay.

These are only on initial tests, and things may change on further testing. On paper, the LG V20 shouldn’t be performing this way, and we’ll endeavour to figure out if things can be different.

The LG V20 has a metallic body, but with removable back and battery. To do this, you need to press the button on the lower right side of the device, and the process is much more intuitive than on the G5. For one, the V20 doesn’t turn off when you pop the back.

Also, this allowed us chance to take with and without the back. After gaming on the device for 20 minutes, the V20 showed a very respectable reading of 35 degree celsius on our heat gun. The reading without the back was 37 degrees, which is still within our permissible limits. However, it is possible that the V20 throttles the processor to keep the heat under control, thereby causing the stutters and lags.

With 10 minutes of 4K video recording, the LG V20 recorded temperatures of 37 degrees on the back, while temperatures on inside the phone were at 44 degrees. This, though, is somewhat high. 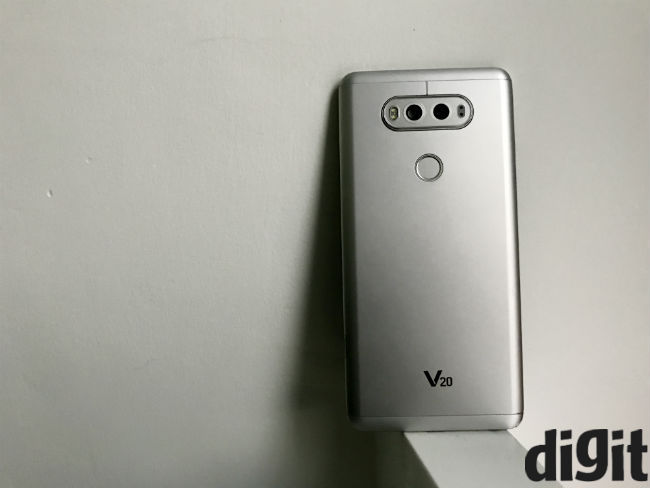 The LG V20 hasn’t quite impressed us at the moment, but that’s only after initial testing. We are yet to test the camera, and there are improvements possible still. Stay tuned to Digit for the full review, on Monday.