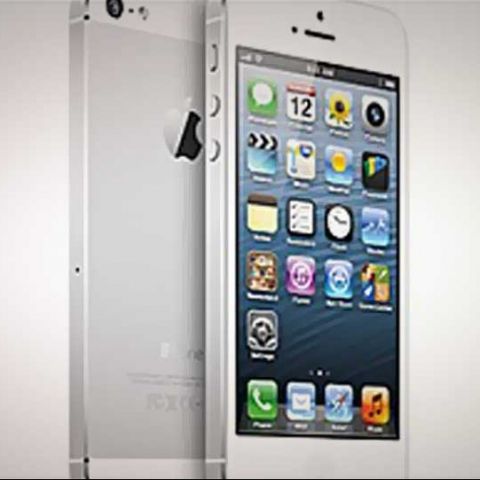 The iPhone 5 already sold more than 5 million handsets in its first three days on the market. But how does the much-lauded 4-inch screen hold up to, say, its predecessor the iPhone 4, or competitor Samsung Galaxy S III?

"We take display quality very seriously," DisplayMate president Dr. Raymond Soneira wrote in the shoot-out results. The team conducted side-by-side comparisons based on detailed measurements and viewing tests, and concluded that the iPhone 5 has "a true state-of-the-art accurate display," according to the site. Though not perfect, DisplayMate dubbed Apple's new screen the best smartphone display it has seen to date.

In almost every category – except brightness decrease and viewing angle – research pointed to a much improved iPhone 5 screen, sometimes a little, sometimes a lot. Aside from the 18 percent increase in screen area, DisplayMate touted three major enhancements.

Screen reflectance has decreased substantially, the team said, adding that the new phone has one of the lowest reflectance values measured on any mobile device. It also sports the highest contrast rating for high ambient light, which means image colors and contrast won't appear washed out while outdoors.

"Apple has uncharacteristically understated how much better the display is on the iPhone 5," Soneira wrote.

The color quality and accuracy have also improved substantially, adding a calibration upgrade similar to the new iPad, according to DisplayMate.

Meanwhile, the Galaxy S III's OLED displays – different from the LCDs used by Apple and other smartphone makers – have a number of handicaps, including lower brightness, a distorted and lopsided color gamut, and lower power efficiency.

Soneira and his team applauded Samsung's work on developing the newer OLED technology, but suggested using a smaller size display (the Galaxy S III sports a 4.8-inch screen) and adding a larger battery to increase screen brightness and running time. Mostly, DisplayMate begged for the phone maker to calibrate its displays, so colors display more accurately.

To Cupertino, the researchers advised that the iPhone 5's intensity scale be changed to match that of the new iPad. Also, Soneira suggested using a sort of color saturation and image contrast equalizer, to let each user adjust the display to their own preferences.