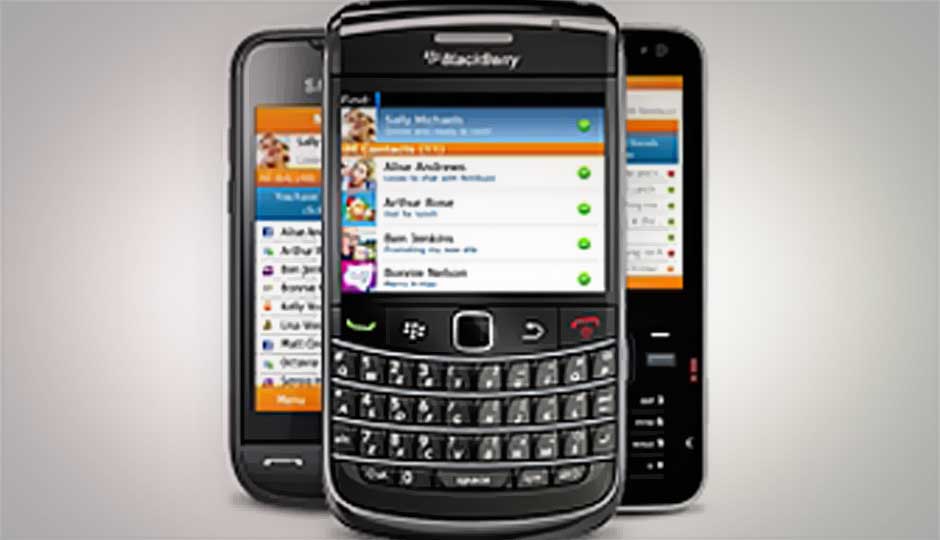 Millions of pre-paid customers heaved a sigh of relief after the government announced it was revoking the ban on the bulk SMSes. The 15-day restriction was aimed at preventing widespread of rumours that led to the exodus of people hailing from North East from different parts of the country. During the ban period, users were not allowed to send more than 5 SMSes (later increased to 20SMSes) in one day.

Even as telecom operators feared a huge loss in revenue due to the ban, free messaging and texting apps companies emerged as the biggest gainers from the SMS restriction. With mobile phone users switching to other media for texting and messaging, free chatting applications such as Nimbuzz and WhatsApp registered a remarkable surge in downloads/usage during the ban period.

Nimbuzz, a popular messaging app for smartphones and feature phones, saw a 20 percent growth since the ban. The SMS restriction leading to surge in the popularity of these free messaging apps hint at the remarkable changing trends and long term impacts on the mobile phone industry in India.

We had an opportunity with catch up with Nimbuzz CEO Vikas Saxena to shed light on the aftermath of the SMS ban and the future impact on the mobile industry within the Indian market.

1. Do you think the ban on bulk SMSes was an effective method to prevent circulation of rumours and hate content that led to the exodus of the North East Indians from different parts of the country?

The 15 day ban has had a dramatic effect on regular mobile users who rely on SMS messaging for business and communication with their family. While we fully comply and support the Indian government's efforts to maintain law and order, we believe that there are less invasive solutions that can be utilized for preventing hate content.

2. The government is reportedly working on an area-specific SMS monitoring system. Do you think such restrictions will work?

India is seeing the emergence of a new generation of tech savvy youth, who rely heavily on internet-driven applications and services for communication. At the end of the day, users will find a way to communicate, whether it is through social networks, mobile applications or other means.

3. The government restriction on SMSes was a blessing in disguise for Nimbuzz, isn't it? How do you plan to sustain the growth?

Since we released Nimbuzz for the Android platform, we have seen incredible sustained growth, both in India, as well as other mobile markets around the world – this growth is a direct result of the need and demand for a universal (cross-platform) communications solution. People need to communicate and need to do so in the easiest, most collaborative way possible. As smartphones and data plans continue to gain momentum in emerging markets, we expect to see this growth continue.

4. You have seen a 20 percent growth during the SMS ban. Do you think the growth will plateau, or continue unabated as people switch from SMS to IM?

We expect that as users see the clear advantages of universal messaging services such as Nimbuzz, we will continue to experience strong growth, both in the Indian market, as well as other mobile markets around the world.

5. We have other free Instant Messaging apps as well (Snaptu, etc.). How does Nimbuzz compete against them?

Nimbuzz is focused on providing users with a complete mobile messaging solution: integrating all of your social and IM channels into one flexible platform.

With more than 105 Million users worldwide, Nimbuzz is one of the most popular IM applications in the world. We consistently work directly with OEM's to provide users with the best messaging experience across all devices, including Android, iOS, Windows Mobile, Symbian and Desktop.

Unlike many of our competitors, Nimbuzz currently holds partnerships with all of the major carriers throughout India, including Aircel, Airtel, Tata DOCOMO, Idea Cellular and other global carriers like Telcomsel, and Smartfen. Through these partnerships, Nimbuzz has become a powerful channel for revenue supplementation, providing carriers with both ad & data revenue.

While we are not disclosing direct platform numbers at this time, we have seen more than 8 million new Nimbuzz users since the SMS Ban was put in place last week.

7. Telecom operators fear 7-8 percent loss in revenue this month due to SMS ban. What is your take on that?

While the India SMS ban may have a short term effect on telecom operators, we expect that carriers will see a dramatic increase in new data plan signups, especially among youth mobile users.

In order to avoid future revenue disruption, carriers should look to use this opportunity to encourage their customers to adopt data plans, in addition to pursuing partnerships with advertising & user generated revenue driven mobile applications such as Nimbuzz.

8. Do you think free chatting apps such as Nimbuzz and ChatOn will overtake the regular SMS/MMS in near future?

As smartphones continue to grow in popularity throughout the world, we will increasingly see a need for universal messaging solutions such as Nimbuzz, which offer mobile users the ability to communicate using data, rather than traditional SMS.

9. Any concluding comments on the future of instant messaging?

When it comes to the future of mobile communication, we believe that instant messaging applications such as Nimbuzz will serve as entry point for data driven services such as gaming, photo sharing, and other app driven services within emerging markets throughout the world.