How Apple got the iPhone's battery problems right, and Siri problems wrong 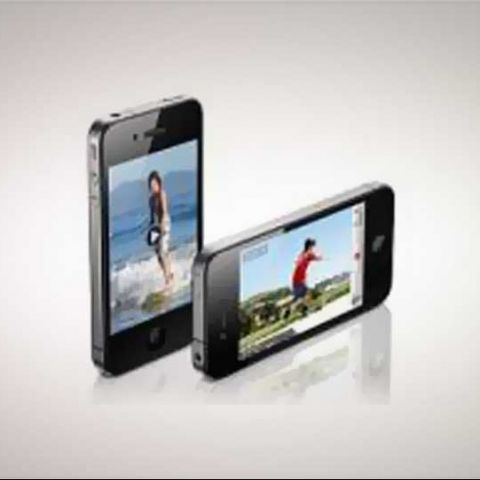 Apple's new iPhones are having some stumbles out of the gate: recently the new iOS 5 was revealed to suck down more battery than anyone predicted, and the voice-command feature, Siri, became so popular it seems to have stunned Apple's servers.

Apple's response to one problem, but not the other, is typical of the company. I think Apple did the right thing with the battery-life issue, but I'm frustrated by its lack of a public explanation for the Siri problems—and yes, the two issues are different and require different approaches.

The iOS 5 battery drain problem seems to be a complex interaction between a phone's software, a mobile network, and location. We've seen bugs like this on phones before; remember how some of Samsung's Galaxy S devices initially had serious GPS flaws? It can take a while to pinpoint where the problem lies.

Apple reacted here with deliberation and thoughtfulness. The company didn't freak out or say anything rash. It monitored the complaints for a few days, made some calls to affected consumers to get more details, clearly went back into the lab to find out exactly what was causing the problem, and issued a statement that a fix is coming.

I can't see what more people could have asked for here—but I understand why they wanted more, and I'll get to that in a moment. Apple is a bunch of humans, in a building, hopefully working no more than 12 hours a day, with a lot of products in the pipeline. They heard about a bug, they double-checked before saying anything, they found the bug, they're fixing the bug. Case closed.

The recent problems with Siri, on the other hand, are a lot less difficult and ambiguous, because they're entirely under Apple's control. Siri is a service operated by Apple. It's being overloaded under the weight of its popularity. This is similar to the Mobile Me fiasco of 2008.

Unlike with a complex handset bug that needs lots of testing to verify, it's relatively easy for Apple to know its servers are overloaded and issue some sort of quick statement, for instance: "The tremendous popularity of Siri has led to stress on our servers. We are adding capacity to resolve the problem, but for now, be aware the service is in beta."

In a curious twist, Apple seems to have been tweaking Siri's error messages to make her explain herself, telling Apple blogger John Gruber that "my mind is going." That fits with Apple's strategy: if you have to admit the products are fallible, try not to admit their creators are as well.

Apple promotes its products as perfect objects produced by demigods. That is transparently false and in fact impossible, but it has worked for the company so far. That approach only becomes a problem when the human origins of Apple's gadgets turn into obvious bugs.

The company takes a very different approach to PR than other tech firms do. Apple execs generally don't speak at conferences, except when the conferences are run by Apple itself or by the company's special friends. They don't mingle with journalists or consumers on a regular basis, and they don't invite queries. The message is: our products are perfect enough to speak for themselves. That builds a mystique not just around the products, but around the creators. Apple's staffers hold themselves above and apart from the regular folks in the technology world.

The flip side of this approach, of course, is that when the products don't speak for themselves, consumers feel uncommonly let down. When the curtain is ripped away to reveal that their devices are just very good consumer electronics created by a bunch of smart but fallible humans, many people feel subtly betrayed. Consumers expect Apple's Olympians to be better than us, but of course, they aren't. They're just people. They make mistakes.

This marketing strategy is also why Apple's bugs get so much more press than other companies' bugs, by the way. When you promise perfection, any imperfection is news. When you call your products "revolutionary and magical," that's a high bar to set. Nobody else promises perfection quite to the extent Apple does.

I've always felt that Apple could do better by pulling back that curtain just a little bit. I remember when I asked an Apple exec, many years ago, about a missing feature in one of its products. The exec told me: we don't have infinite staff, we have to prioritize, it's a tough problem, it's on the list, we're working on it. If Apple said that about managing Siri's server load, I think most people would forgive the company. And if Apple said that about more things more often, I think Apple's critics would forgive it more often. Humans like to empathize, and Apple's marketing approach invites admiration and even worship for the company, but not empathy.

But who am I to criticize? Apple's strategy is stunningly successful because consumers are looking for something simple and perfect, something to pull them out of their difficult and complex lives, something handed down in beauty from the clouds. The company can clearly take a few blows to the chin to protect that mystique.