How a smartphone camera saved my Jaipur trip 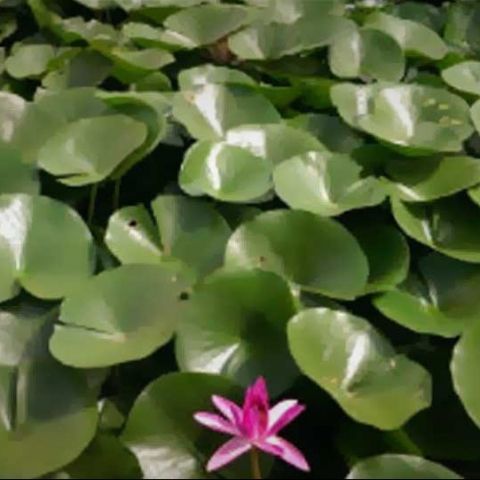 When you're making a quick trip to Jaipur, the Pink City, one of the essentials in the backpack is a camera. To be brutally honest, being the lazy person that I am, I forgot to charge the camera’s battery and eventually, forgot to take it out and carry it along only to realize my mistake after driving a considerable distance. Just for clarifications sake, the camera we are talking about is the Sony Alpha NEX-C3, a mirrorless camera. This is where I realized that my only fall-back option was the smartphone I had happened to be carrying.

Why this warranted an article
I have never been a huge fan of using a smartphone for clicking pictures, no matter how good it claims its imaging prowess is. It may be attributed to the fact that I use a fairly decent camera otherwise, and the quality drop from most phone cameras is too much to bear. Or, blame it on a mental block that has been cultivated by all those hyped up but hugely disappointing smartphone cameras that have come and gone. Even with the iPhone 5, I have never been the happiest, particularly in terms of exposure. Or the Samsung Galaxy S4, because of the poor low light performance. Or the Sony Xperia cameras, that are just disappointing under lighting that is anything less than perfect. Simply put, I had my reasons for investing in an Alpha NEX-C3 a couple of years back.

Can you guess the smartphone? Like I said, it saved my day!
The results that I saw with the snaps clicked by the smartphone in my pocket, I believe, warranted a documentation of the experience. Surely there are skeptics out there (like I was, till this experience), who believe that most smartphone cameras are over-hyped, and can never really do the job unless the lighting is perfect.  Let me talk about the experience. For starters, it felt good to actually not bother about caring for a camera, be it rain or sunshine or dust. Just slide it in your pocket, and you are good to go. One less gadget to carry around, to take care of, and to charge at night! Personally, I don’t really tinker too much with the phone’s camera settings before taking a shot. Being a firm believer in not missing the moment by fiddling with the exposure or the ISO settings, most of the pictures you will see were shot in auto mode. Needless to say, you will not find me on one knee, furiously tapping on the screen, to adjust the settings, only to find the moment pass. Taking a picture of a tree, after that, isn't the same. Before the photographers among you scoff, it is only prudent to note that not everyone wants to bother with fiddling around with the settings.

I really wouldn’t want words to ruin the experience, which is why you must check out these pictures yourself. After seeing the trip pictures, I was motivated to pull out a few more, taken earlier.

The pink flower amidst all the greenery. The colour richness stands out, and so does the detailing. The shadows on most leaves adds to that.

On the left is the default image, and on the right is the image with "tap to focus" on the MINI logo on the alloy. You can read all the markings on the rubber, including the size!

Every drop of water is more than visible on the hood of the car, as well as the chrome strip. Even in the lesser lit area, every drop retains a unique identity.

When you really zoom in, you can easily read some text on the footwear that sits on the chair - some bad handwriting with 2012 clearly readable. Every mark and dent on the metal is detailed.

Different shades of green, on both sides of the pathway. Yes, with a slight sprinkling of yellows and reds.

The art work on the wall, taken when in the late evening night.

The prelude to a thunderstorm, taken a few minutes after the photo of the artwork on the wall. The light had died even further, but the detailing of the clouds is impressive.

The beautiful lamp with traditional Rajasthani design, on our table.The difference between the brightness levels emerging from each little coloured element is more than visible.

As a follow-up to the pictures of the cloudy sky taken during late evening, this is one shot just as the last spec of sunlight illuminates the sky. The noise does creep into this image. This is the inconsistency in low-light shots that we have talked about.

This picture of the activity in the sky was taken by the passenger, through the windshield of the vehicle. The different shades of grey, more than clearly reproduced.

Did you guess the smartphone, which took all these pics? Well, if not, let me end the suspense - this is the HTC One.

The verdict: Getting there, but inconsistencies remain
I am not saying that the HTC One is the best camera phone out there, but it is a damn good alternative to most cameras out there. It did the job for me, without ever cribbing about lighting, or exposure, and what not. And what else could I ask from a snapper? The daytime shots are crisp and very detailed, and having often heard compliments about the NEX-C3’s colour reproduction, I personally did not find the HTC One lagging behind in that regard. And that is possibly the biggest compliment that I can give to this smartphone, after extensive use. Most night-time and low light shots are fairly good, but have to admit that there is the inconsistency in the quality of these shots. Some turned out brilliant, while some look as bad as the ones taken by the two year old Xperia S!

And yes, this freak occurrence does give me an idea - I should forget my camera often, and check out a different phone on every trip outside the city!