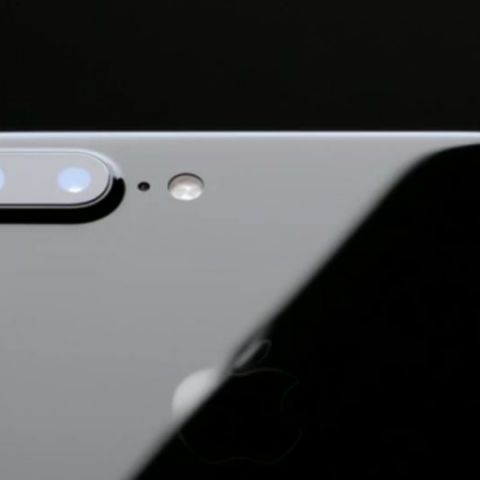 Dual-cameras on a phone is a thing now. HTC, Huawei, LG, Xiaomi and even lesser-remembered QiKU have all taken a shot at it, with varying results. Apple, meanwhile, has just joined the party, cramming in two cameras into the iPhone 7 Plus’ shell. The feature was rumoured for a while, and we had even heard about how it may work just before launch. Now that it is official, there’s much discussion on how well it actually would perform, and whether Apple’s “big breakthrough in photography” is actually worth the discussion.

Here’s how it works: Apple has used two 12-megapixel image sensors, which are larger than last year’s Sony IMX315 sensor in iPhone 6s and 6s Plus. While one uses a 28mm-equivalent wide angle, f/1.8 lens, the telephoto lens is a 56mm, f/2.8 one. Apple has combined a number of elements to these two, namely a new Image Signal Processor, Optical Image Stabilisation, Depth mode for bokehs and shallow field of focus, machine learning to recognise environments suited for Depth, RAW DNG shooting, a reworked camera app, and a Quad-LED True Tone flash.

Apple’s most important focus, however, is in allowing for 2x optical zoom with the camera setup. This is not true optical zoom per se, and there is no moving lens mechanism to facilitate physically zooming into the frame. What Apple has done is provide a mode within the camera app, where both the lenses are active when you switch on the camera. All that you need to do is double tap on the screen, and the iPhone 7 Plus will zoom in twofold into the frame. A haptic feedback will notify you that you have zoomed in, and beyond the initial 2x optical zoom, the iPhone 7 Plus will do 10x software-powered digital zoom. The initial 2x zoom does not crop into the sensor, but instead uses the telephoto lens only. When in telephoto, the iPhone 7 Plus will only use the telephoto lens and the 12-megapixel sensor accompanying it. However, the f/2.8 lens here makes the aperture smaller, which may affect low light photography. What remains to be seen is how Apple handles low light photography, and how well its custom ISP functions.

The iPhone 7 Plus, in essence, delivers the outcome of optical zoom, but bypasses the traditional mechanism used for it by software. The eventual outcome should, and in all possibility, will be way more impressive than the older iPhones. At telephoto, you can only use the lens at f/2.8 aperture, but Apple will look to provide ample light even through this with the larger sensor.

The Depth mode is the next most crucial aspect of the iPhone 7 Plus’ camera. This makes use of machine learning and Apple’s new ISP to gauge and simulate extra shallow depth in photographs. Depth will essentially recognise human faces, gauge the background and simulate it to create bokeh. This is when both the cameras will be used in tandem, to create a depth of field within a photograph, and it can even allow for post-photograph refocus. With all of this, Apple has claimed that the camera will be faster than before, thanks to the new ISP. This will also be important, as dual-camera systems seen on smartphones so far have been slower than typical camera units, with the increased amount of data that needs to be processed.

This is what you get with the iPhone 7 Plus’ dual-camera system. It is different from LG’s two camera mechanism on the G5, and still different from the Leica-branded Huawei P9 camera. While the former used a very wide angle lens to facilitate wide landscape shots, the Huawei P9 focussed on registering more light and details to produce better photographs. Exactly how the iPhone 7 Plus fares in comparison to these remain to be seen, but on paper, this can be one of the most well-implemented smartphone cameras around, although not entirely ground-breaking.

OnePlus Nord 2 with Dimensity 1200 could launch by July-end in India
Realme flash tipped to launch as first Android phone with magnetic wireless charging
OnePlus Nord 2 and OnePlus Buds launch in India today: How to watch the live stream
Micromax In 2b tipped to launch later this month; In 2C launch delayed
Poco F3 GT listed on Flipkart ahead of July 23 India launch, key specifications and design details revealed
Advertisements