Future Apple iPhones, iPads, Macbooks and other devices may be made from 100% recycled materials. Hope for blood mineral miners in Africa? 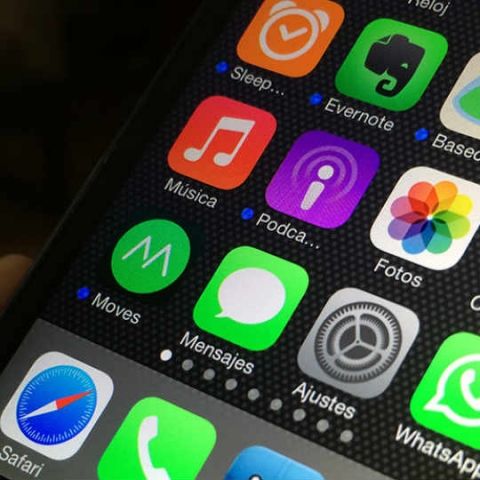 Apple has highlighted a new road-map in its Environmental Responsibility Reports, stating that the company is looking to end its dependency on mining new materials altogether. Is this hope for blood mineral miners in Africa?

It is more than likely that the upcoming iPhones, including Apple’s Tenth Anniversary iPhone 8, will be partly made out of recycled materials recovered from old Apple products. Apple is looking to completely end its dependency on new materials extracted from the Earth in a bid to become more environment conscious.

Traditionally, our smartphones, tablets and other such gadgets use materials such as Aluminium, Cobalt, Tin, Coltan, Tungsten, and Tantalum. Some of these materials, such as Coltan and Cobalt, are found in conflict zones in Africa’s Congo region and the mining of these precious materials is known to fund terrorism, militia violence and child labour. In fact, according to an Amnesty International report from January 2016, children as young as 7 years of age are being made to work in Cobalt mines in Congo. Cobalt is one of the key ingredients of a smartphone's battery.  Amnesty had accused tech giants Apple, Samsung and Sony of using this child labour to procure raw materials for their smartphone manufacturing process.

Now, in its recent Environmental Responsibility Report, Apple has vowed to move towards a manufacturing process that only uses recycled materials. “We believe our goal should be a closed-loop supply chain, where products are built using only renewable resources or recycled material. We already have programs in place to ensure the finite materials we use in our products are sourced responsibly through strict standards and programs on the ground that drive positive change. We’re also challenging ourselves to one day end our reliance on mining altogether,” Apple writes in its report.

For the same, Apple is encouraging its customers to return their devices through the Apple Renew programme. The company is also looking to pilot new recycling techniques to minimise its reliance of newly mined materials. For instance, Apple is now using Aluminium recovered from its own products in the manufacturing of new devices.

“We invented Liam, a line of robots that can quickly disassemble iPhone 6, sorting its high-quality components with the goal of reducing the need to mine more resources from the earth. With two Liam lines up and running, we can take apart up to 2.4 million phones a year,” Apple noted.

The Aluminium enclosures recovered from the iPhone 6 are melted down and reused to create Mac mini computers that are placed in iPhone assembly facilities. The company says it is also tapping into an existing market supply of recycled tin and using 100% recycled tin for the main logic board of the iPhone 6s.

Apple says it has made changes to its manufacturing processes to reduce its carbon footprint in 2016. The Cupertino tech company notes that as a result of its efforts, the iPhone 7 enclosure uses 27 percent less virgin Aluminum than iPhone 6, and emits 60 percent less greenhouse gas emissions, while the 13-inch MacBook Pro with Touch Bar resulted in 48 percent less greenhouse gas emissions associated with the Aluminum enclosure compared with that of the previous-generation MacBook Pro.

While Apple has promised to stop its reliance on mining altogether, it has not specified a time frame for doing so. It was just as recent as October 2015, that Apple was accused of making miners from Congo pick Coltan, used to power iPhones, with their bare hands while working in dangerous, pressurised conditions. We truly hope tech companies hold themselves more accountable, responsible and answerable for such inhumane practices, and use their prowess in technology to eliminate such gross violations of human rights.