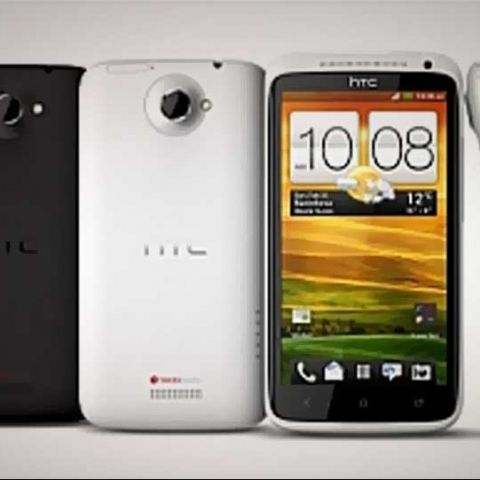 Size has always mattered but today, so does the resolution! Gone are the days when a smartphone was just a device that fit in your pocket, had a 3-inch display, made calls, and did a little a bit of multimedia and gaming.

Today, it’s all about the display on your device -- how big it is, what’s the resolution, how do movies and games look on it, so on and so forth. If you thought that HD displays on the little device in you pocket was a dream, we suggest you wake up and look around. In the recent past, quite a few smartphones with 720pHD displays have seen the light of day. Not only do these smartphones have large and gorgeous screens but pack in a lot of power under the hood as well.

Today we bring you a list of 5 top smartphones with 720pHD displays that will make your jaw drop. Think of these devices as Android alternatives to the iPhone 4 and the iPhone 4S’ Retina Display.

First up we have the flagship device that shows off Google’s latest operating system, Android 4.0 Ice Cream Sandwich.  The Galaxy Nexus has a tear drop design, is really large but fits well in one’s hands. The device is powered by a dual-core 1.2GHz Cortex-A9 processor and has 1GB of RAM. The device has 16GB internal memory but no expandable memory card slot, which is a downer. It has a 5MP rear shooter with the ability to shoot video in 1080p and a 1.3MP front facing camera.

The device was expected to launch in India sometime in March; but we are still waiting for an official release date. The device, however, has found space at some local stores.
The details of the display are as follows:
You can pick up a Galaxy Nexus for Rs. 30,000 approx.
HTC One X 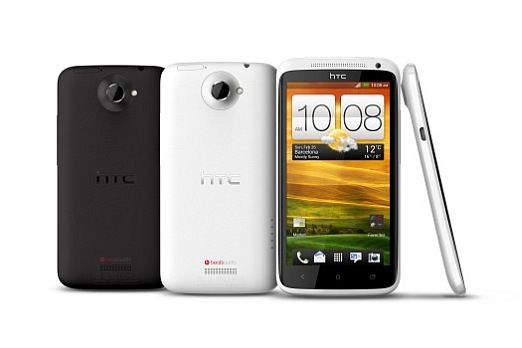 The HTC One X was a showstopper at the MWC 2012 and there are quite a few reasons why! The device boasts of a quad-core Nvidia Tegra 3 processor clocked at 1.5GHz and a ULP GeForce GPU. The device runs on Android 4.0 ICS straight out of the box and is surprisingly light at 130gms. The device has 32GB (26GB available to the user) storage and 1 GB of RAM, but no expandable storage.

The details of the display are as follows:

You can pick up the HTC one X for Rs. 37,899 approx. Also read our detailed hands on with HTC One X here.
Sony XPERIA S 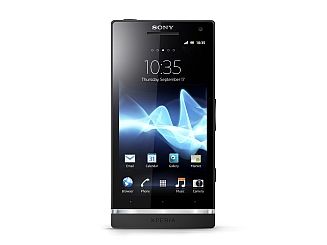 One of the first devices to hit the store shelves from the time Sony has taken over “Sony Ericsson” brand name, the Sony XPERIA S caught our eye at the MWC 2012. Recently launched in India, the device runs on a dual-core Qualcomm MSM8260 Snapdragon processor clocked at 1.5 GHz and has the Adreno 220 GPU. The device has 32GB internal storage with no expandable options and 1GB of RAM. The device runs Android v2.3 Gingerbread platform but is upgradable to Android 4.0 ICS.

The details of the display are as follows:

You can pick up the Sony XPERIA S for Rs. 32,549 approx.
Samsung Galaxy Note 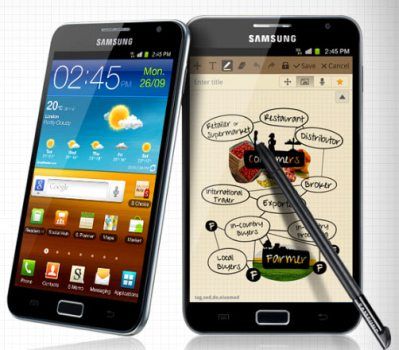 The largest and heaviest device on our list the Samsung Galaxy Note weighs 178gms. The device is large enough to fit in your jeans pocket but people will look at you for all the wrong reasons. Plus, the device looks like a mammoth if you hold it next to your ear while talking.

Under the hood, the Galaxy Note is powered by a dual-core 1.4GHz ARM Cortex-A9 processor and Mali-400MP GPU. The device currently runs Android 2.3 Gingerbread OS but will be upgraded to Android 4.0 ICS. The device also comes with an S Pen Stylus that can be used with a variety of utility apps. 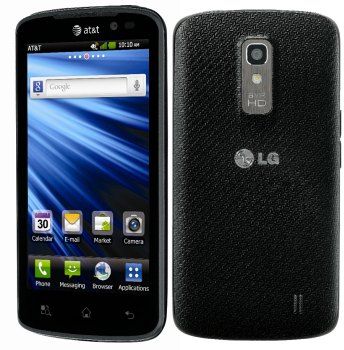 The device hasn’t yet hit  the Indian shores. The LG Nitro HD is a slim and light device weighing in at 127gms. The Nitro HD is powered by a dual-core 1.5GHz Scorpion processor and Adreno 220 GPU. The device has an 8MP rear snapper with the ability to shoot video in 1080p HD. It currently runs Android 2.3 Gingerbread but will be updated to Android 4.0 ICS.

The LG Nitro HD has 1GB of RAM and 4GB internal storage, expandable to 32GB via a microSD card.
The details of the display are as follows:

The iPhone 4 (also read the iPhone 4 review)  was the first device that brought a groundbreaking display. The iPhone 4 has a 3.5-inch display with a resolution of 640x960. That’s 330 PPI. Apple launched the iPhone 4 with the “Retina Display” way back in 2010. It has taken the competition almost 2 years to match the pixel density. What must be noticed is that all the smartphones mentioned on this list have crossed the 4-inch screen size mark.

On our list, the Sony XPERIA S is the only smartphone that beats the iPhone 4’s PPI. The XPERIA S has 342 PPI whereas the iPhone 4 has 330 PPI.