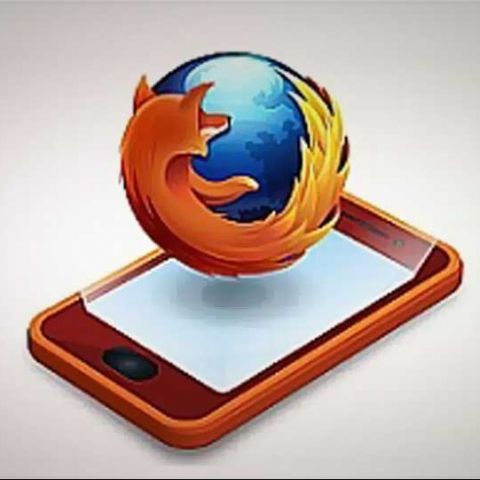 In September of last year, Mozilla revealed that they were working on the Firefox mobile OS, an operating system that was completely built using HTML5 and other open web standards. Later that month, Mozilla released a simulator for the OS that could be installed and run on any PC. Now that Mozilla has shown off the first handsets that will run the Firefox OS, it seems like a good time to do a quick run through of the OS using the latest build of the simulator.

It's actually quite easy for anyone to try out the OS. All you need is a Firefox installation on your PC and the simulator installed within the browser as an add-on. Do keep in mind, both for the intents of this article and your own experience, that using the OS with a mouse on the PC will in no way be an accurate representation of how the OS actually works, as it is designed for a touch interface with dedicated UI buttons. Also, it would be wise to keep your expectations firmly in check, since the OS is still in beta.

Like in Android and iOS, the lockscreen in Firefox OS also uses the time and date as its primary elements. However, unlike on Android Jelly Bean, you can't place widgets on the lockscreen. It seems likely that the Firefox OS will allow notifications on the lockscreen with respect to mail and social networks but that feature does not seem to have been enabled in the simulator, right now.

Firefox OS has a flat menu structure like iOS but still allows for a homescreen. Swiping to the right reveals a screen with a search bar and a bunch of icons that represent content (such as apps or websites) curated by Mozilla and segregated by categories like games, social, music, sports etc. Swiping to the left from the homescreen reveals the app drawer/main menu of the OS. Unlike Android, where the homescreens and the menu are at different levels, in Firefox OS both exist on the same level. However, what this means is that right now, there isn't enough real estate for placing widgets.

The main menu of Firefox OS is very similar to Android and iOS. Apps are arranged in a 4x4 grid that allows 16 icons on a page, and there are multiple pages you can work with. Moving apps around is also simple (and again similar to iOS). You just hold down on an icon until it starts shaking. Then you can either drag it around and place it in a new spot or you can uninstall it by tapping the red cross badge that appears on the icon.

Firefox OS allows you to place four apps in the carousel, and the carousel is constantly present on every page at the first level. However, when you enter an app or the settings menu, the carousel disappears. By default, the carousel consists of icons that bring up the dialler, the contacts book, messages and the built-in Firefox browser. The carousel is completely customizable and you can replace all four of the default icons with any apps of your choosing. This is again exactly the way the carousel works in both iOS and Android.

Firefox OS also has its dedicated app store, one Mozilla has named the Firefox Marketplace. Of course, the app store is under-populated right now, but considering the big push that Mozilla has initiated to increase developer interest, we won't be surprised to see the number of available apps increase rapidly. The app store features a simple, intuitive design that makes it easy to browse through those available for download.

At first glance, it looks like Mozilla took the simplicity and intuitiveness of iOS and combined it with the functionality and feature-set of Android to come up with Firefox OS. It obviously has a lot in common with both the above-mentioned operating systems but also manages to be unique in certain aspects.

The best thing about Firefox OS has to be its clean and simple interface that's also very intuitive to use. If you've used one of the hundred thousand Android devices or iPhones at any point of time in your life, you already know how to use the Firefox OS. Unlike new mobile operating systems such as Windows Phone or Blackberry 10, Android and iPhone users will realize that there's virtually no learning curve for Firefox OS.

What makes me nervous for Firefox OS is that at times it feels highly derivative of those two pre-existing, established operating systems. Mozilla will need to have an ace up their sleeves in terms of hardware, pricing and apps to pull users away from other operating systems that offer the same look, feel and functionality. Also, while the focus on simplicity is refreshing, certain features like support for widgets are missed.

Firefox OS certainly emerges as a noteworthy contender in a segment that already has two rampaging 800-tonne gorillas. While it may garner a lot of positive feedback from enthusiasts, Mozilla's new OS will have to get primed for a tough, merciless battle.

Have you tried out Firefox OS? What are your first impressions? Share your experience in the comments section below or mail them to us at editor@thinkdigit.com.