Xiaomi's mid-range flagship, the Xiaomi Mi4i goes up against the best smartphone camera today, in the Samsung Galaxy S6 Edge. The results may surprise you.

Chinese smartphone maker Xiaomi has made some good smartphones in its five year lifetime. If there’s one area where Xiaomi has been consistently very good though, is the camera. In addition, the company has often reiterated that its phones are as good as any flagship device, but at less than half of the cost. For your consideration,

Before you direct your attention to the comments section and complain about the unfairness of this comparison, consider that Xiaomi has openly compared the Xiaomi Mi4i to the iPhone 6 in various areas. In addition, the company has always maintained that its cameras are among the best. Going by Xiaomi’s history, we suspect that the company would welcome this challenge. Why did we choose the S6 Edge though? Because Samsung’s new flagship has outdone the iPhone and taken over the mantle of the best smartphone camera right now. While we’re still working on our review, we have established that the Samsung Galaxy S6 Edge has the best camera that we’ve seen on any smartphone today.

The parameters are quite simple. We took the two phones and clicked identical images in various light conditions. After clicking incessantly for hours, we took those images and put them on a calibrated display that we use for all camera comparisons and tests. We put the images side by side to determine which camera took better pictures.

Note: The images shown in text are cropped representations of the original images. You'll find the full sized unaltered versions in the albums embeded below.

Even the lowliest of smartphones today are adept at shooting in bright sunlight. So, it isn’t surprising that both the S6 Edge and Mi4i take some really good photos in such conditions. The white balance and colours are accurate on both phones, while neither overexposes the images. 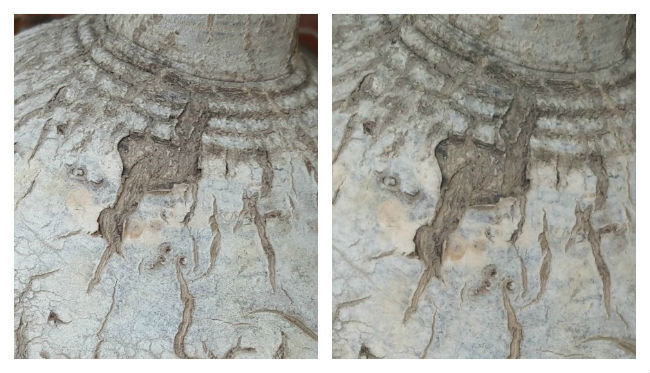 Where the S6 Edge takes the lead though is in displaying the details in images. The Xiaomi Mi 4i does a good job of it, but can’t really show the same details as the Samsung device when you zoom into the image. 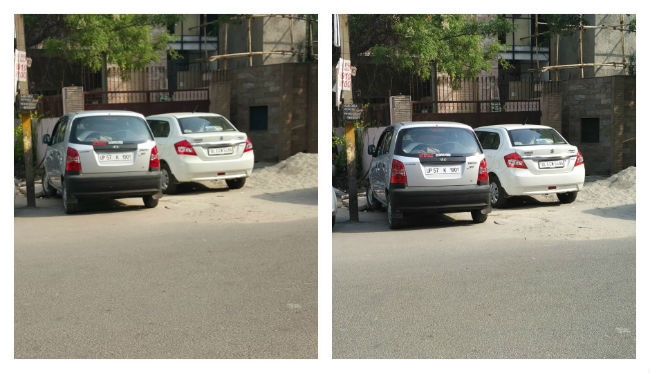 Fluorescent lights is something that many smartphones can’t deal with. The uneven light falling on subjects is not easy to deal with, so the next test took us indoors. 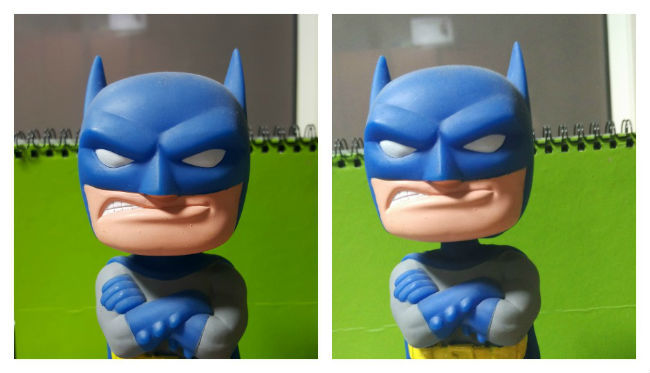 Here the white balance seems better on the S6 Edge. In the bottom row of the colour chart, the gradation from white to grey is more accurate on the S6 Edge, while the Mi 4i falters just a little bit. Moving on to the Far Cry 4 poster and the Batman bobble-head, the images taken by the Mi 4i seem somewhat washed out compared to the S6 Edge. The Mi 4i’s camera would hold good for any other comparison, but not this one. 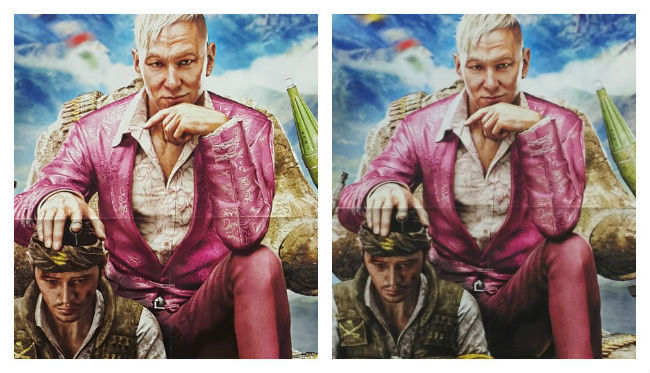 The details remain better on the S6 Edge, as would be evident from zooming into any of the images.

In the studio, under the yellow lamps, we again got good shots from both the smartphones. In fact, under these conditions, the Mi4i seems to be doing better with the white balance. The Galaxy S6 Edge’s camera algorithm overcompensates, removing the effect of the yellow light. The Xiaomi Mi 4i’s image is more true to source than the S6 Edge. 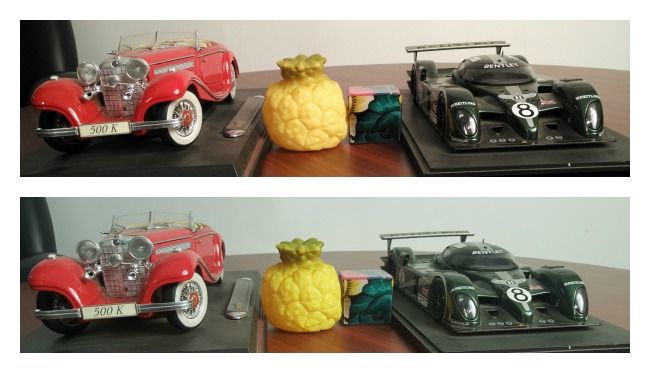 The result we got from the S6 Edge is something very typical of the iPhone 6. You will see similar results from the iPhone 6 in our Honor 6 Plus vs iPhone 6 camera comparison.

While smartphone cameras may have evolved over time, they still struggle with low light conditions. Under darker surroundings, your smartphone will usually give you grainy images, often even getting colours wrong. 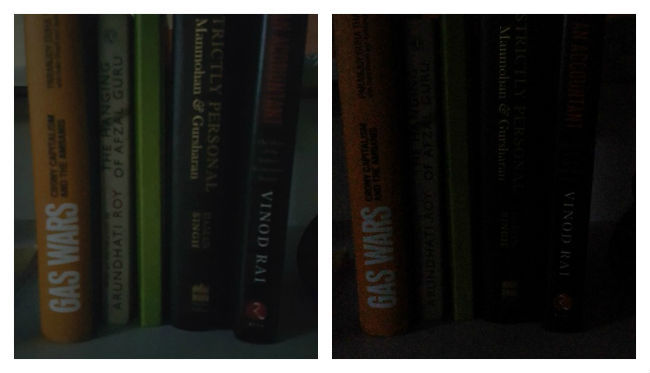 The S6 Edge does better than most phones under low light and beats the Xiaomi Mi 4i by a big margin in this test. You can see much more in the image and colours are much better. In addition, in the image with the stack of books, you will notice the colour on the book on the far left (Gas Wars) of the image. The Mi 4i turns a cover that is yellow into orange.

Consider the image of the Mi Bunny (marked in albums as ‘low light with flash). It’s easy to ascertain that the coverage of the flash is much better on Samsung’s device, while it also compensates for the flash better. The Mi 4i ends up with a dull picture as compared to the S6 Edge. 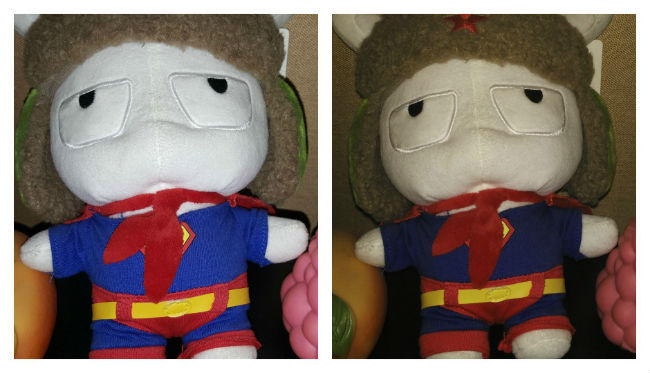 If you’ve ever heard Xiaomi’s Global VP Hugo Barra speak about a Mi device, you would know how proud the company is of its HDR mode. And it should be, the Mi 4i, just like the Xiaomi Mi3 and Xiaomi Mi4 before it, has an amazing HDR mode, which is evident in this comparison. 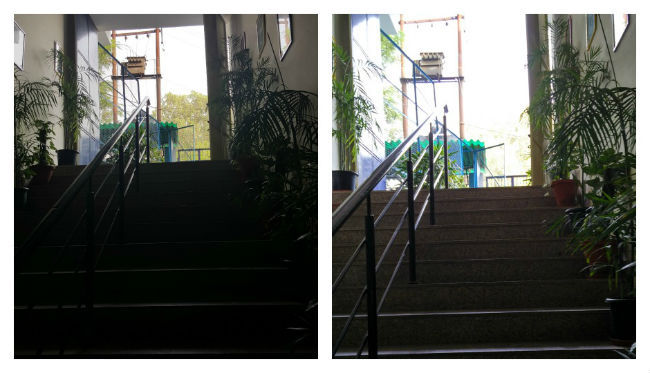 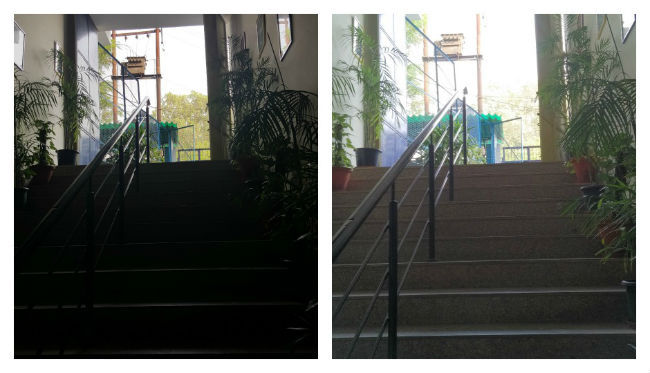 We’re not big fans of the Live HDR function, but the HDR mode seems nice. The S6 Edge shows better details yet again, but produces a dark image, which isn’t something you would want from the HDR mode. The Mi4i instead, compromises on the area farther away from the user to give you a brighter image.

What did we accomplish?

Frankly, it is no surprise that the Galaxy S6 Edge comes out as the better camera of the two devices. What might interest many users is how close the Mi 4i is in the camera department. In most of the images, the differences would easily escape the untrained eye. If you add to that the fact that the Xiaomi Mi 4i costs about a fourth of what the S6 Edge does, it really leaves no doubt as to how good the Mi 4i’s camera is for its price segment.

We started out performing this test just for kicks, to see how Xiaomi’s mid-range flagship does in the camera department against what we and many others consider to be the best smartphone camera today. We expected some competition from the Mi 4i, but not as spirited as the one we ended up with.