Best way to move from an Android phone to an iPhone 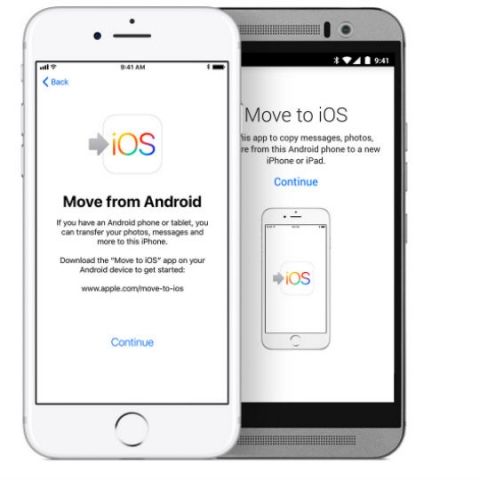 It’s September and the new iPhones are finally here. If you are an Android user looking to move to an iPhone, new or old, you may be wondering if you can move your stuff, including contacts, messages, music and more, to the iPhone. Thankfully, you will be able to move most of what you have stored on your Android device to the iPhone.

Before you begin, take a backup of the data on your Android device and copy it to a computer, especially music. Apple does not allow users to download music from sources other than iTunes or Apple Music. But, if you copy your tracks on a computer, you can use iTunes to sync all of your music from your Android phone to an iPhone later.

For moving your contacts, photos, messages and more, the easiest way to switch is to use the Move to iOS app, the first Android app made by Apple. The app will transfer contacts, message history, camera photos and videos, web bookmarks, mail accounts and calendars to your new iPhone.

Before you begin, make sure the Wi-Fi on your Android device is turned on. Put both the Android phone and iPhone on charge. Make sure that the content you intent to move, including that on your microSD card, fits the storage on your iOS device. If you wish to transfer your Chrome bookmarks to your new iPhone, update to the latest version of Chrome on your Android device.

When setting up your iPhone, you will see an ‘Apps & Data’ screen. Tap the ‘Move Data from Android’ option and turn on the Move to iOS app on your Android device.

Your new iPhone (or iPad) creates a private, secure Wi-Fi network that finds a nearby Android device running the Move to iOS app. After entering a security code, the app will begin transferring your content from your Android phone to the iPhone and will also put it in the right places.

However, one must note that purchased apps cannot be moved from Android to iOS. If you have purchased some apps through the Play Store, you will have to find and re-purchase iOS counterparts of those apps. The Move to iOS app will make suggestions for matching free, paid apps during the transfer process from Android to iOS. A download prompt will be displayed for the matching free apps, while the paid apps will be added to your App Store's Wishlist.

If you use a music streaming service like Gaana, you can simply install the app and sign in to get all your previously saved tracks and playlists on your iPhone. You can also sign up for Apple Music to start streaming music on your device. If you wish to transfer music from your Android phone to an iPhone, the backup you made before starting the transfer process will come in handy. Download the latest version of iTunes on the computer you used to backup your music and simply add your tracks to the iTunes library. You can then sync your new iPhone to iTunes and all that music will be added to your Apple Music app’s downloaded music section.