Benchmark performance: iOS 6 vs iOS 7 on the iPhone 5 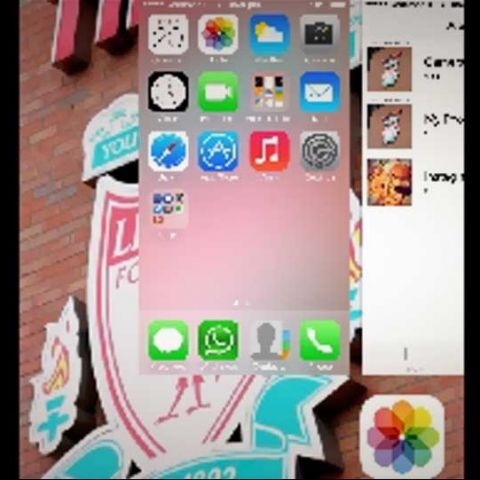 Apple has made iOS 7 officially available now for the iPhones, the iPad and the latest generation iPod Touch. There are the fans, and there are those criticizing it, but one thing cannot be disputed - this is the biggest iOS upgrade in years. The changes are significant, with the most visible one being the new UI. Hence, the inevitable question - how is the performance of the new OS?

Users have been asking us this query for quite some time now, but we refrained from pronouncing any judgement on iOS 7's performance while it was in the various pre-launch stages. However, now that the final version is out, we have run a series of benchmark tests on the iPhone 5 running the iOS 6.1.4 version, before upgrading OTA to iOS 7 and running the same benchmarks again, after checking for any updates for them, individually.

To ensure that no benchmark run had any advantage or disadvantage, all the tests across both OSes were run on the same device, with the exact same settings. We even ensured that something like Bluetooth was switched off at all times. The applications installed remained consistent across all benchmark runs, on both iOS versions. We manually closed all apps that were running in the background, so that the app load didn't have a bearing on the performance and the resources. For the browser benchmark tests, we hooked up the phone to the same Wi-Fi network, with no other device connected to the hotspot at that time.

To break it down even further, we have subdivided the tests into categories - system performance, graphics performance and web browser performance.

System Performance: Better memory handling makes the difference
The Passmark Mobile Performance Test registers a lower system score in iOS 7, but critically, better read and write scores for both the internal storage as well as the memory. This is critical, because for most tasks that don’t need raw processor power, the read and write speeds make all the difference between smooth performance and a sluggish setup. The CPU score also goes up with iOS 7, showing that the new OS is ever so slightly better optimized. We mention that the overall system score goes down, but that could be a factor of the graphics tests that the benchmark runs, which we will not pay much attention to since we have dedicated graphics benchmark tests coming up.

The second system test, GeekBench, also verifies what PassMark says about the better processor performance, with the multi-core utilization tests showing up a higher score than on iOS 6.

Graphics Performance: Improves slightly
While not everyone likes to game on their iPhone, there are those who do. And they were served rather well by the very smooth performance and experience that iOS 6 offered with this particular hardware. After the iOS 7 upgrade, the 3D Mark Ice Storm and the 3D Mark Ice Storm Ultimate benchmark tests register slightly better scores, while the Ice Storm Extreme score remains the same. Simply put, the excellent exiting performance via iOS 6 improves even further with the new operating system.

GFX Benchmark did give a slightly different analysis, with one test registering pretty much the same frames and fps scores, while the the second test saw a drop in both frames and fps.

Browser Test: Safari sees an improvement, mostly visual elements
The SunSpider 1.01 browser benchmark shows slightly better performance, in terms of Java performance. And for a web browser, even negligible differences can sometimes make lot of difference, and in this case, it seems to be working.

From the scores, it is clear that the performance difference between iOS 6 and iOS 7, at least on the iPhone 5 hardware, is not much. Critically, it shows a very slight improvement in areas like memory and storage access speeds, which make for an improvement in the overall speed and experience. All in all, you can safely upgrade your iPhone to the latest OS, with no fear of a performance drop, at least on the iPhone 5.

Have you updated you iPhone or iPad or the latest iPod Touch with iOS 7? We would like to hear your experience. You can get in touch directly with the author via Twitter @vishalmathur85

Apple expected to launch iPhone SE 3 with 4.7-inch display in 2022, a larger model may come in 2023
You now only have to sell one kidney to buy the iPhone 12, iPhone 12 mini or iPhone 11
Apple iPhone 13 Pro models to get the biggest ever storage option, base variant defaulted to 128GB
Apple announces event for September 14, could launch iPhone 13, Apple Watch and more
Looks like the iPhone 13 series will be new wine in an old bottle
Advertisements