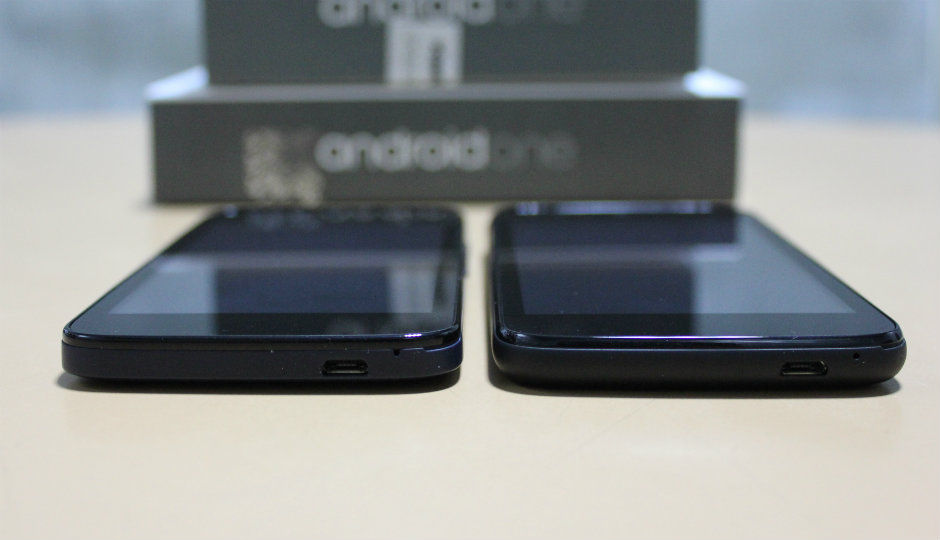 Too much is happening in tech this month, but perhaps nothing is more important for India than Android One. In case you didn't know, this is a program by Google in which it partners with OEMs to bring out low cost Android phones that perform much above what is expected from them. We’ve reported this before but there’s a lot more to come. While the reviews of the first Android One devices will be live on Digit soon, we have tested the performance and camera on these devices. Now we took some time to test out their batteries and pit them against some other Android competitors. 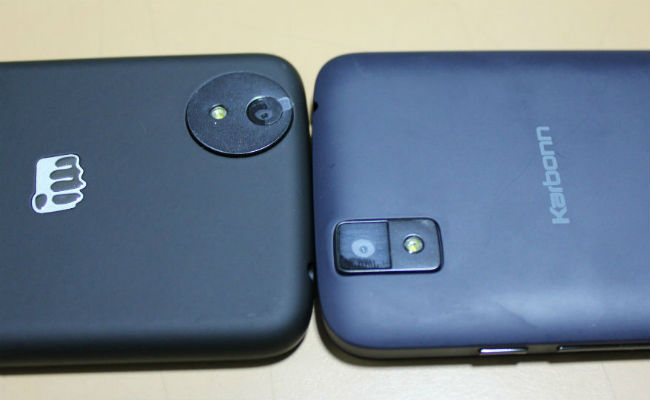 Battery test: If you have followed our reviews in the past, you would know the test. For the uninitiated, we run a 1080p video with the screen turned to full brightness and WiFi connected.

The screen on your smartphone is a big battery hog. Even the smallest screens take a lot of battery, especially when the brightness is high. So, at full brightness, your screen is consuming the most battery that it will. When a video is played on your phone, the screen is constantly turned on, which means you are consuming a lot of the battery. In general, you won’t face this situation in everyday use, but a phone that can last long under such circumstances, can last longer in regular usage.

The WiFi is turned on because under regular usage, most of us generally consume the most amount of data when on WiFi. All our updates are done when we have WiFi, most of our apps are allowed to run fully, update etc. when we have WiFi. So, not only is the video running on our phone, the background apps are also given no bar and WiFi is switched on to create a more realistic situation.

Finally, playing a 1080p video takes a lot of processing power, which means that the CPU is also consuming a lot of your battery.

We charge every device to 100% and then note the drop in the battery after the video has been played for an hour. This gives us a comparative idea between devices, showing how long they would be able to run the video for. So, after the battery test, here’s what we found on these devices. 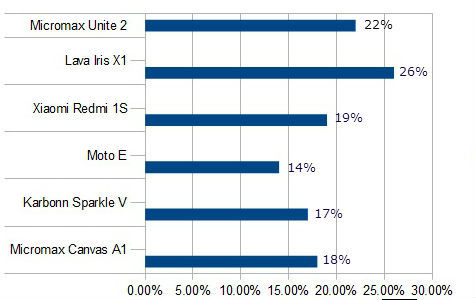 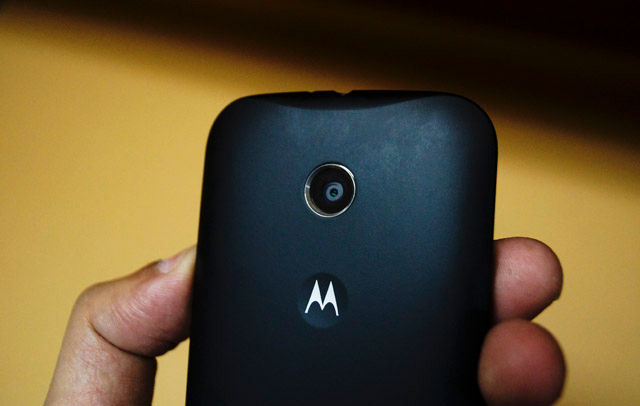 Considering that Android One phones will reach tier II and tier III cities more easily (because of the aggressive marketing), this is quite good. The lack of marketing and exclusive online sales of the Moto E and other smartphones in this range means that they are not easy to buy in all parts of the country.

Also, the two Android One phones that we used showed better battery compared to any other in the test. At the launch event, Google had said these phones would easily go a full day and our tests seem to point towards the same.

Motorola Moto G42 Launched In India At ₹13,999: Price, Specifications, And Everything you should know
How To Eject Water From Your iPhone Or Android Phone?
Poco F4 and Poco X4 GT Launch with 64MP Camera, 67W Charging, And Android 12
Motorola Razr 3 Could Be Priced At Around ₹95,000, New Leak Reveals
Moto G42 Announced With Qualcomm Snapdragon 680 SoC And 50MP Camera
Advertisements