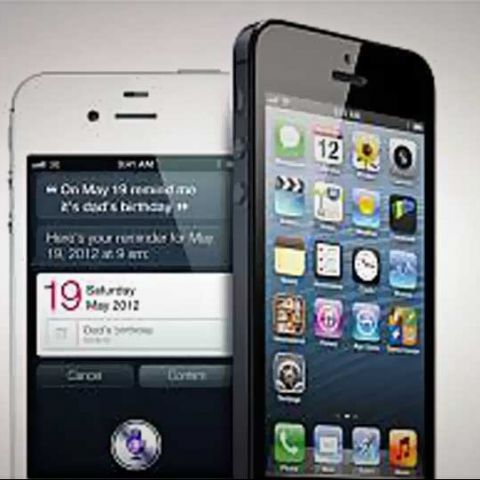 Needless to reiterate, 2012 has been a rather active year for reviewers like us. There were smartphones launched as if someone was rolling them off a non-stop assembly line. This made the job of sifting the best from the 'okay' rather tough, considering how most of the competing phones are so close to each other in terms of the overall package. However, after a lot of hair pulling, double-checking the test sheets, bringing on the rival’s viewpoints – the good and the sublimely insane – we have the five best phones of the year. For anyone of you who’s favourite phone may not have made it to the list, all we can say is, sorry!

But do remember, we are only listing phones that have been launched in the Indian market officially, and can be purchased if you walk into a store with the warmth of cash or credit card.

The iPhone(s): Before your curiosity turns into some sort of temper, let us just say this – all iPhones currently in the market are fairly brilliant devices, and clearly one of the best options within their price bands. Look at the iPhone 4. For around Rs. 26,000, it is selling like hot cakes. For most users who want to switch to an iPhone, it is a fairly good bet without crossing the mental barrier of Rs. 30,000. One step up, and the iPhone 4S is still going strong, capable of still weaning away customers from the quad-core power that certain Android phones in that price band show off. And for all the rich people out there, the iPhone 5 has the best possible package – performance, premium build and a nuisance value that will be unmatched – keep it on the table at a party, and no one will bother arguing about which phone is the best!

Samsung Galaxy S III: This is by far the best Android phone, at least as far as the performance is concerned. Initially, there was a lot of indignation at the so-called inferiority of the PenTile display. But considering the brilliance of the final package and the way it has been gobbled up by the consumers, the incongruous arguments bandied around at the time of launch have vanished in thin air. I personally know people who used to almost be the torchbearers of that feeble argument, but now they completely deny the existence of that time! The Galaxy S III has survived the test of time, and not without reason. It is totally worth the money, if an Android phone is what you want. Read Samsung Galaxy S III Review.

Nokia 808 PureView: Before you say Lumia 920, we will just say this – we will believe it when we see it. Nokia has been fairly sluggish in launching the new Lumia range in India. However, the 808 PureView did show a way to the future. The 41MP camera and the return of the Xenon flash showed us what the future Lumia smartphones would sport, and it did indicate a bright future! It was a pity that the OS on the 808 ensured that the phone remained nothing more than a cameraphone. Also check out the Nokia 808 PureView Review.

HTC One X : What surprised us is that HTC is not very aggressive about the One X in India, and that this phone is priced higher than the Samsung Galaxy SIII, which it is directly competing with! In our benchmark tests, this phone is slightly ahead of the Galaxy S III, and that even surprised us to an extent. The sublime build quality, the brilliant display and the blazing fast performance make this the phone to have, in case you find the Galaxy S III to be too common! C’mon HTC, make this worth your effort. Read the HTC One X Review.

Samsung Galaxy Note II: The standout alternate device this year. Builds on the popularity of the first generation Note, and then brings in a lot more. The S-Pen feature and the gamut of apps it can work with makes it a rather worthwhile proposition. The display is even bigger than the previous gen, but that has actually made the device more attractive to potential buyers. Very powerful device, totally worthwhile for in-between experience between a phone and a 7-inch tablet! Read Galaxy Note II Review.