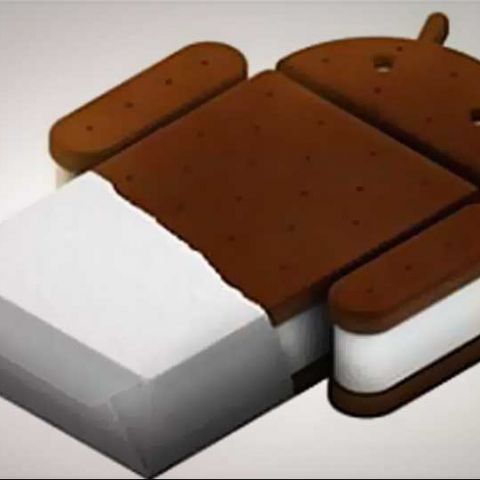 Last week Google and Samsung unveiled the Galaxy Nexus, the first phone designed specifically with Android 4.0 (aka Ice Cream Sandwich) in mind. Ice Cream Sandwich will, naturally, make its way to other handsets when it's released to the public sometime in November. As such, we're taking a look at the latest Google Android mobile operating system.

Ice Cream Sandwich contains many new features, but we've highlighted 10 of the tastiest, ranging from wireless sharing to new widget management. Check out the features and images below for a rundown on the new operating system. Which is your favorite?

Face Unlock
Is swiping the home screen to unlock your phone growing a bit tiresome? Ice Cream Sandwich's new Face Unlock feature taps a phone's camera so that users can log in by simply looking at the handset. Don't worry, if you don't want to use your grill, you can still use a code number (or a drawing interface) to unlock the handset.

New Contacts and Social Networking Features
Ice Cream Sandwich's "People" streamlines the way that contacts are displayed. Contact information is culled from your social networking connections, plus any other custom info that you'd like to manually add. This data is displayed on cards (similar to Windows Phone 7.5's tiles) that are updated when the contact updates his or her social networking information.

Data Management
Bundled with Android 4.0 is a stock app that lets you control network activity and view a specific app’s data usage. What's the benefit of this? You can now set up warnings (for when you begin to approach certain data thresholds), and hard caps to avoid an overage-fee pummeling.

New User Interface
Taking a cue from the Honeycomb tablet operating system, Ice Cream Sandwich sports a sleek futuristic design that more closely aligns the phone and slate OSes. Android 4.0 also has a multitasking icon that calls up your recently used apps, and eliminates the need for physical keys, as it features adaptable software buttons.

New Camera Capabilities
Have you ever wanted to take a photo with your phone, but lost the moment due to the relatively lengthy snap time? Ice Cream Sandwich aims to eliminate that with swift, multiple shot shooting that plays catch up with the recently released Apple iOS 5. Android 4.0 also packs a new filter-filled photo editor, and a particularly cool sounding feature: an image rotator that spins the photo based on where your eyes are looking.

Widget Management
Ice Cream Sandwich gives you widget flexibility by letting you select the size of displayed information on the home screens. Android 4.0 makes it easier to place widgets on the desktop; you simply press and hold the screen which opens a menu that reveals all of the widgets.