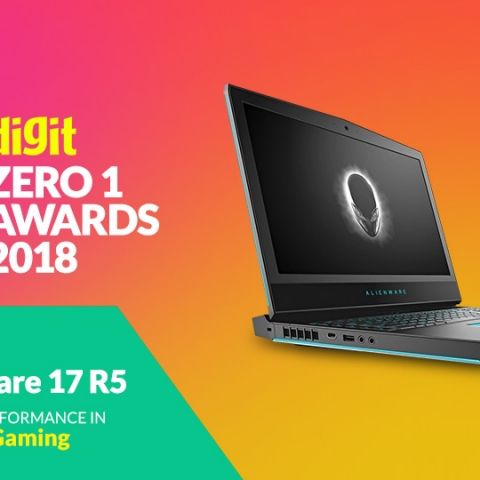 With the introduction of Intel's most powerful hexa-core mobile CPUs, the gaming laptop industry saw a major boost in 2018. Let's take a look at our winner for this category.

A major boost for the gaming laptop industry early this year was the introduction of Intel’s most powerful hexa-core mobile CPUs. Practically everything under the sun is using NVIDIA GPUs, so there’s no apparent competition in that arena for the last 15 months. We haven’t noticed any Kabylake-G based machines either. The only ones that are available are the Intel NUCs and they aren’t exactly what you would call laptops.

A few AMD Ryzen based SKUs are available but they do not boast of any significant market share. We’re yet to see laptops based on NVIDIA’s RTX GPUs, but given that benchmarks have started leaking, we suspect that laptops based on the 2000 series should be unveiled at CES (Consumer Electronics Show) 2019. So, all we’ve seen for most of this year were gaming laptops featuring the same hardware but shrinking considerably in size.

Slim gaming machines have become a possibility and practically all manufacturers have a slim SKU. We’re just excited to see what the next year will bring. Another thing of note would be the lack of laptops with SLI (Scalable Link Interface). It appears that we might not see another Acer Predator 21X or ASUS GX800 in the coming year. That being said, let’s take a look at the winners.

Alienware had the best of both worlds, owing to it coming out with the hexa-core Intel Core i9-8950HK and the NVIDIA GTX 1080. The perfect combination for getting the most from any gaming machine bar SLI. The unit is a bit heavy but it spreads all the bulk along a larger surface area quite efficiently. For gaming machines, we couldn’t care much about the bulk, so a 17-inch QHD panel on the Alienware is very much a welcome feature.

On the other hand, the Alienware is also really well built on the inside which is a huge plus point in this segment. Just throwing in the top hardware isn’t enough, ensuring durability is also extremely important. However, this being the Zero1 Awards, we didn’t score the build quality and the Alienware 17 R5 won purely on merit i.e. by beating every other contender by a clear, well-defined margin.

We had a crack at the MSI GT75 TITAN 8RG early this year when the unit had just been launched. The only reason it came in second place was because of the CPU, which happens to be the Intel Core i7-8750H. It’s still a hexa-core CPU but the Core i9-8950HK is a good 8-9% ahead in most CPU bound benchmarks. As for the laptop itself, it’s a bit bulkier than the Alienware 17 R5 but the GT series is known for the mechanical keyboard and the additional software suite. Everything about these units is geared towards catering to the teensiest whims of the gamer that doesn’t like to compromise.

The ASUS TUF Gaming FX504 is a great gaming laptop given that you’ve got the additional 2 CPU cores for no added money over the older quad-core variant. That with the NVIDIA GTX 1050 Ti and the 120 Hz panel make for a much better combination. As for gaming experience, it isn’t completely out of this world as one would probably expect because of the improved CPU. The display panel is average but we’re not complaining because you get a 120 Hz panel at the end of the day and that’s much better than the usual combination.