Will my laptop work with Windows 8? 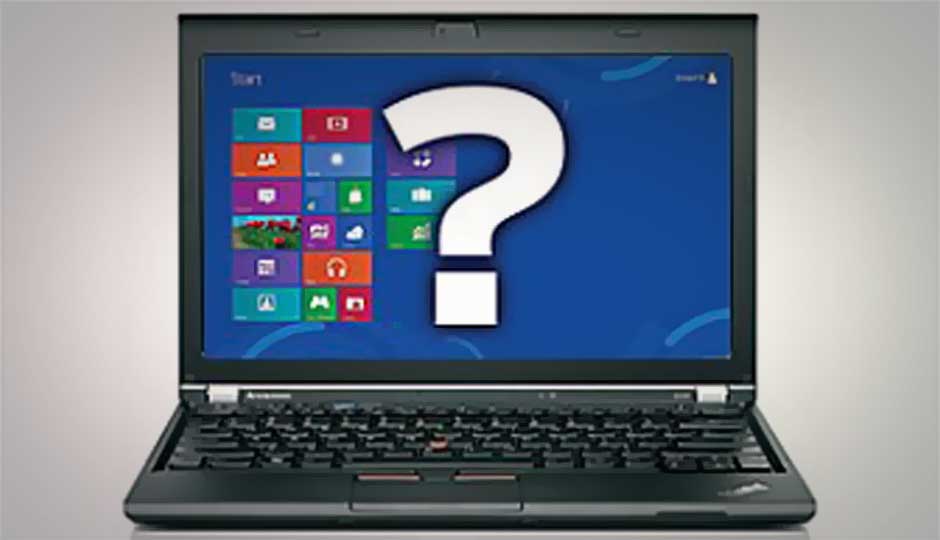 Fancy yourself an early adopter, but don't want to shell out the money to buy one of the many new Windows 8 systems offered by Microsoft and other manufacturers? What about those who bought a new PC recently, and find themselves stuck with Windows 7? Well, you're in luck, because Microsoft, in an effort to boost Windows 8 adoption, is offering to upgrade eligible systems on the cheap. For $14.99—15 bucks!—anyone who purchased a qualified Windows 7 laptop after June 2 of this year can purchase a download of Windows 8 Pro. And for those who don't meet those requirements, the full operating system can still be purchased for $39.99 (via download) or $69.99 (on disc).

But not all laptops will be able to make the jump to Windows 8. According to Microsoft, the minimum hardware requirements for running Windows 8 include a processor with a clock speed of 1GHz or more; at least 2GB of RAM for 64-bit systems (or 1GB for 32-bit), 20GB of hard drive space (16GB for 32-bit), and DirectX 9-capable graphics. Most—but not all—PCs running Windows 7 will meet these requirements, but it should be noted that if you purchased Windows 7 Starter Edition, you'll be paying full price.

You should also know that many features integral to getting the full Windows 8 experience require further hardware capabilities. The touch-based navigation that Windows 8 is built around requires a touch screen, though touch-enabled peripherals can make up some of the difference. Purchasing and downloading apps for the Windows Store—which Microsoft expects will be your primary source of apps and software—requires an active Internet connection. And while the operating system will work at resolutions as low as 1,024-by-768, you'll need to bump that up to at least 1366-by-768 in order to use apps side-by-side.

Beyond the basic hardware requirements, you'll also need device drivers to get all of your hardware playing nicely with the new operating system. While most manufacturers are offering driver support for PCs sold over the last year, the cutoff date varies, so check the details for your specific brand below. And if you don't see your brand below, check back over the next few weeks, as we will be updating this story as more information becomes available.

Acer
Acer offers driver support for Windows 7 laptops purchased between June 2, 2012 and January 31, 2013, as well as offering an upgrade assistant to guide you through the specifics of the upgrade process for dozens of Acer systems.

Apple
Apple is offering no support for Windows 8 at this time.

Asus
Asus offers a free Windows 8 upgrade for qualified systems sold between October 1 through December 31 of this year. It should be noted, however, that the upgrade is only free after a mail-in rebate, and only a handful of systems are eligible.

Dell/Alienware
Dell (and subsidiary Alienware) is supporting upgrades for qualified Windows 7 systems purchased between June 2, 2012 and January 31, 2013. Offers must be redeemed prior to February 28, 2013.

eMachines
Like Dell, eMachines is supporting upgrades for eligible Windows 7 PCs purchased between June 2, 2012 and January 31, 2013. Offers must be redeemed prior to February 28, 2013.

Fujitsu
Fujitsu is supporting upgrades for eligible Windows 7 PCs purchased between June 2, 2012 and January 31, 2013. A list of eligible systems can be found on the offer page.

Gateway
Gateway is supporting upgrades for eligible Windows 7 PCs purchased between June 2, 2012 and January 31, 2013. Offers must be redeemed prior to February 28, 2013. Gateway also offers a support tool for determining whether or not a system is supported—a handful of otherwise eligible systems fail to qualify for support due to hardware incompatibility.

Hewlett-Packard (HP)
HP is providing upgrade instructions and drivers for all Windows 7 systems sold after 1st October 2011, as well as providing a detailed upgrade guide to help you through the process. For a limited number of eligible Windows 7 systems, HP is also offering a $15 refund to cover the cost of upgrade. Refund information can be found here:

Lenovo
Lenovo is supporting upgrades to several laptops, including ThinkPad and Lenovo B, E, K, M and V series as well as IdeaPad models. The promotional upgrade offer only extends to models purchased between June 2, 2012 and January 31, 2013.

Samsung
Samsung is providing upgrade instructions and drivers for several Windows 7 systems, along with a step by step installation guide. Eligible models are listed on the upgrade page.

Sony
Sony is supporting upgrades for eligible Windows 7 PCs purchased between June 2, 2012 and January 31, 2013. A list of eligible systems can be found on the offer page.

Vizio
Vizio is supporting upgrades for all Windows 7 Vizio PCs, with both drive updates and a detailed installation guide.

Microsoft
Having trouble finding your manufacturer's upgrade and support page? Microsoft has collected links to the pages of numerous manufacturers.