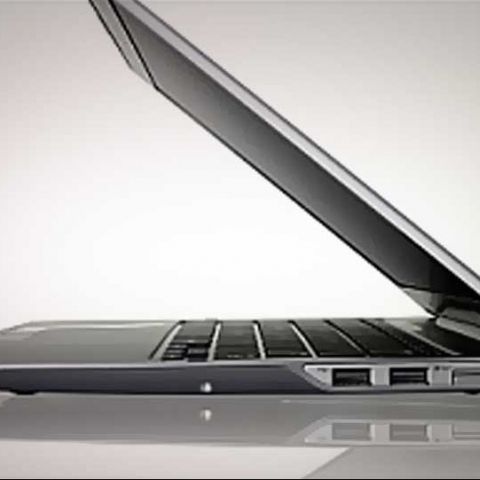 The Samsung Series 5 Ultra Touch is a prime example of an affordable ultrabook that is powerful, very well-built and now even has the all-important touchscreen, for getting the most out of Windows 8.

The Utilities
Unlike a lot of laptop manufacturers who preload the machine with just trials and what is not-so-lovingly known as crapware, Samsung actually preloads the Series 5 Ultra Touch with a bunch of very useful software and utilities that enhance the usage experience. Let us take a look at these utilities, and how they can be useful for you.

Fast Start: With Fast Start turned on, the Samsung Series 5 Ultra Touch will wake up from Sleep Mode and be ready for use in 3 seconds. Fast Start basically saves all the active data, files and system configurations to your hard drive and PC memory, as you put the machine in Sleep Mode. The moment you open the lid or wake the machine up, all the data is immediately restored from the drive or the RAM.

The Fast Start feature will be very useful for people who use the machine quite often on the move. You are doing some work, and suddenly you realize that you are a few minutes late for a meeting. All you need to do is close the lid of the Series 5 Ultra and rush. Drive safe, we would like to add. When you open the lid at the destination to begin work, all your already open files and applications will be available as is. The same quickness can be very useful if you are using this machine between lectures in college, or while on the way to work or even when you may be working on something that you don’t want people around you to see!

Battery Life Plus: The problem with most laptop and ultrabook batteries is that they tend to wear out rather quickly. Many factors contribute to that – heat, charge cycles, over-charging etc. On an average, a battery pack in a laptop needs replacement in 12-15 months since you start using it. Samsung has implemented the Battery Life Plus technology on the Series 5 Ultra, which manages the charging bit in a way that the battery pack’s usable life increases to around 3 years.

Most batteries suffer long term damage at full charge. At full charge holding, the heat within the pack causes the cells to start to break down. Eventually, the battery will hold less and less charge as time goes on, reaching up to a point where the pack will only hold very limited charge or no charge at all.

The Battery Life Plus application, on its part, monitors the usage scenario, and suggest the charging pattern you should follow. Primarily, it will suggest shifting between normal mode and LifeExtender mode. In the Normal mode, the battery would charge at 100%. However, if you should switch to the LifeExtender mode, the charging will be restricted to 80%, reducing the load and the heat within the battery.

You need to start the AllShare app on the Series 5 Ultra, point it to the content you need to watch. On the Smart TV, you need to open the AllShare app, and ensure both devices are connected to the same network. Once that is done, you can play the video directly on the TV.

Touchscreen
The Samsung Series 5 Ultra Touch’s 13.3-inch display has a resolution of 1366 x 768 pixels. This an LED backlit display, but does stand out in the crowd for its natively higher brightness levels. And also does very well in terms of the reproduced colour richness or text readability. The proverbial cherry on the equally proverbial cake is the fact that this is possibly the closest we have come to a true matte display on an ultrabook. The 10-point multi-touch display is very useful when you are attempting to fully utilize the Windows 8 features. The Windows 8 UI, for example, cannot really be used with a touchpad or an external mouse. If you use a lot of the UI’s special apps, Mail or Reader, for example, then the touchscreen is very useful. While you may not be used to the idea of using a touchscreen on a laptop, the experience itself is very addictive and useful.

System Performance
When used as a primary machine daily at work, the Samsung Series 5 Ultra Touch does impress considerably. The performance is very good, and apps open and close very quickly. App load doesn’t show, because 8GB of RAM provides more than enough head room for apps to work with. With Windows 8, boot up times are much quicker than Windows 7, and the overall boost in system performance really helps you get the work done as smoothly as possible.

The Samsung Series 5 Ultra Touch’s keyboard is very nicely spaced out, and the keys are slightly bigger than what we see on a MacBook, for example – which is a very good thing. Adequate spacing between the keys is conducive for a quick typing session. There is a generous-sized touchpad, something critical for multi-touch gestures to work well with Windows 8. Separate keys for left and right click are appreciated, and are a lot more comfortable than the integrated keys that some touchpads now have.

The tested battery life of the Samsung Series 5 Ultra Touch, under heavy load, was clocked at 297 minutes. This is among the better scores across all ultrabooks. Under the typical “day at work with Word and PowerPoint and a bit of music on headphones” scenario, this battery will last a good 7 hours on a single charge.