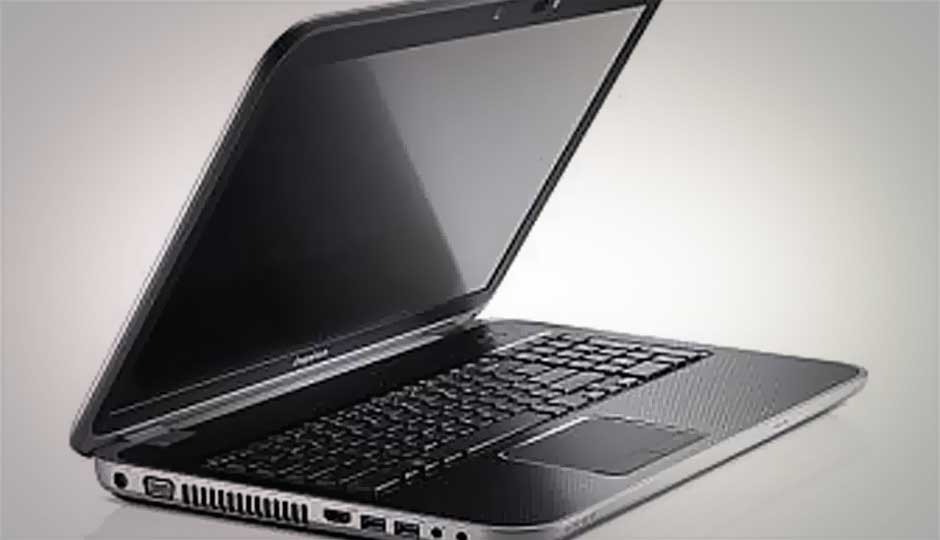 As expected, Dell refreshed the Inspiron range of notebooks with the 3rd Generation of Intel Core (Ivy Bridge) processors. Along with the usual suspects, there were two Special Edition notebooks – the 15R and the 17R. Before we do a full-fledged review of the Inspiron 15R Special Edition, we thought it would be helpful to the readers to have an idea of what the product is, what is new, which demographic it appeals to and which version of the product offers what.

Look & Feel
From the time we spent with the notebook at the launch event, it was surprising that the 15R Special Edition was thicker than that we expected it to be. After the XPS laptops and even the XPS 13 ultrabook (read our review), Dell surely has the expertise to slim down the laptop. However, that hasn’t happened this time around.

Having said that, we tested two laptops from Acer and Toshiba recently, in the same price bracket and similar specs, albeit on the older Sandy Bridge platform, but they were as thick as the Inspiron 15R.

The Special Edition series gets a dash of anodized aluminum on the lid and the palm rest to go with the soft and textured plastic. This definitely adds a dash of classiness to the machine, and it feels better put together than some of the rivals in the market. However, the design could have been a notch better, and Dell could have given a bit more metal to the final look - even if it is just to re-enforce the premium feel of the product.

We will give you a detailed analysis of the build quality and design, as well as a deep scan of the ergonomics, when we review the laptop in detail.

Features & Specifications
This is where the real interesting stuff is happening, which is why we are taking a look at it first. The updated Inspiron 15R range comes with Ivy Bridge processors. This is true across the range, which consists of three models at three different price points. The entry-level model gets the Core i5-3210M processor, with the turbo boost mode taking it to 3.1GHz. The mid range version, as well as the top of the line version get the higher end Core i7-3612QM processor.

RAM ranges between 4GB and 8GB, with the entry-level Core i5 and the mid range Core i7 getting 4GB. Only the top of the line model gets 8GB of memory. All laptops come with Windows 7 (64-bit) preloaded on the machine.

As far as storage space is concerned, we see the same configuration throughout the range – a 1TB hard drive. It is the same with the graphics – ATI Radeon 7730M (2GB – DDR3), to warm the hearts of those who may want to use the laptop for gaming. How this compares to the likes of the Nvidia GeForce GT630M (2GB) as seen on the Acer Aspire V3 recently, will be clear only after we put the Inspiron 15R Special Edition through a detailed test process.

With the powerful graphics and the 15.6-inch display, Dell is clearly targeting multiple demographics.The idea seems to be simple - offer the functionality, performance and the multimedia capabilities for most users, and also target some demographic of gamers.

We will give full marks to Dell for bundling the one year Complete Cover warranty with this laptop range. Essentially, Dell will replace / repair the unit in most cases, including liquid spillage, electricity surge etc.

The only thing we can't really understand is the pricing of the two Core i7 models, with a difference of only Rs 3000 between them, and surely the 8GB version will offer significantly superior performance in the long run. Makes sense to consider that one, keeping future proofing in mind. On a budget, the entry-level Core i5 powered version seems to make a lot of sense.

Initial Verdict
Looking at the overall package, we believe that the Inspiron 15R Special Edition will probably be among the top performers in our tests. We will give you a detailed comparison of how it stacks up against a variety of rivals.