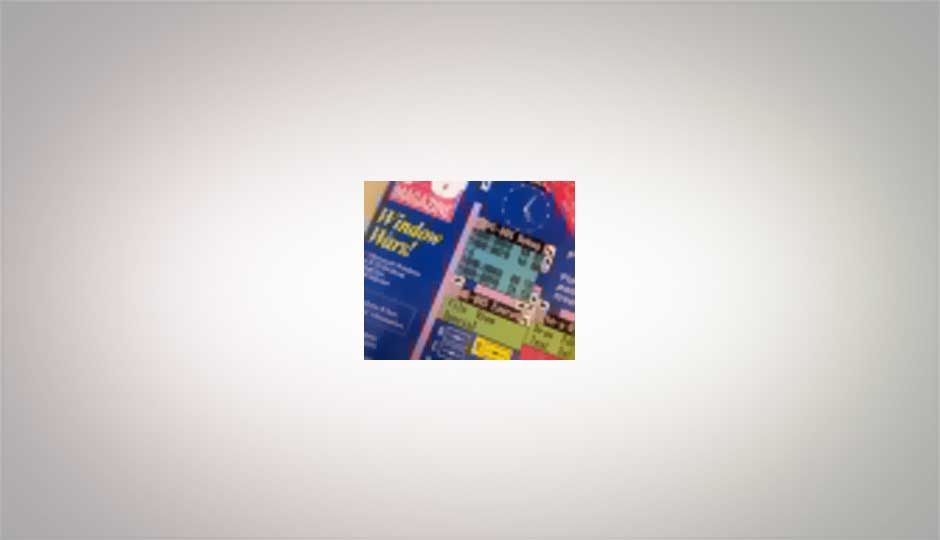 This venerable brand has been through a lot and earned its place in computing history and the future.

Microsoft is not giving up the Windows brand name. Yes, there's a rumor that the venerable brand's days are numbered, or more properly, a notion—the idea that it could happen because someone, somewhere said as much to someone else. That notion is ridiculous, but not because anyone has told me so officially. Microsoft spokespeople said flat out, "No comment." But it doesn't take confirmation or any kind of genius to know that Microsoft is not giving up the brand that built its company. It's not ditching the software that made many Microsofties millionaires (or billionaires) and that has made hundreds of millions of people around the world more productive.

No one, not even those who wrote the original story are suggesting the end of Windows as a product. The platform will outlive us all, I suspect. However, what if Microsoft simply walked away from the brand and brand imagery? What's so special about Windows anyway? It could be called, for example, Zest. How hard would it be for all of us PC owners to start saying our desktops, laptops, tablets and phones are running Zest 1.0? Not hard, I guess, though most people would wonder what happened to "Windows."

I'm not trying to argue that Windows has ever or will ever be perfect, in either performance or as a brand moniker. When it launched in November 1985, Windows 1.0 was little more than a shell for Microsoft's DOS. What's worse, it had a ridiculously generic name that did little more than describe the shell's signature feature: windows. These user interface windows, by the way, weren't even particularly powerful. They looked like 4-bit color graphics and could not overlap; they simply served to cut up your screen real estate. You could, however move elements from one window to another.

This was a revelation and further defined what windows meant in the Microsoft Windows operating system. Windows turned the graphics software industry on its head by finally freeing it from having to write special drivers for whichever graphics hardware consumers were running on their IBM-compatible PCs. The OS, which required a half megabyte of storage (a lot in 1985), reportedly "strained the limits" of 1985 hardware.

Two years later, in 1987, Microsoft Windows still suffered Rodney Dangerfield-levels of respect. From a Nov. 24, 1987 PC Magazine article on Apple versus IBM: "The IBM world has Microsoft Windows, which naïve users assume is similar to the Mac interface. It's not. The Windows Executive is laughable when compared with the Mac operating system and interface." It is a wonder Windows survived at all.

Yet it did. It survived and thrived.

A major turning point obviously was Windows 3.0, which arrived in 1990 (and 3.1, which arrived a year or so later). The operating system increased in power (better memory management), resolution and usability. Supporting hardware and software started to arrive in droves. It would still be years, though, before businesses would move completely away from DOS-based apps in favor of Windows, and all the way up to Windows 98, Windows was little more than a shell on top of DOS.

Over time, Microsoft Windows gained adoption and respect. Unfettered by single-sourced hardware, Microsoft made deals with virtually every major PC manufacturer and soon Windows was shipping along with virtually every new PC. In the meantime, Windows and the PC became synonymous. I could argue that this is unfortunate because "PC" equals "Personal Computer" and an Apple Macintosh is also a personal computer, but you've heard that story before.

As Windows grew in popularity and recognition, Microsoft made an important realization: Windows was the core of its OS and should not be subjected to mere version updates. It deserved richer branding.

For a time, the years in which new editions were released were the thing to highlight. We got Windows 95, Windows 98 and Windows 2000. Microsoft also made a series of disastrous attempts at shifting the focus away from the "Windows" moniker. There was the execrable BOB and the appalling Windows ME. ME stood for "Millennium Edition" and it was supposed to be the consumer version of Windows 2000. It was riddled with shortcomings that drove consumers nuts. Windows 2000 did not suffer from the same issues. There was also Windows NT, which was a more powerful version of Windows. NT stood for, wait for it, "New Technology." It did, in fact have some deep-level technology that its more consumer and straight-business counterparts lacked, like the ability to run on CPUs with processor architectures that weren't Intel's and AMD's proprietary x86 platforms.

Windows XP should be counted as Microsoft's most successful rebranding and I recall many people referring to it as simply "XP". Yet we all knew they were talking about Windows XP.

Then there was Windows Vista. This was Microsoft's last big attempt to shift the focus away from "Windows" and it was an utter failure. Consumers and businesses refused to drop XP in favor of Vista (many still run XP today, long after the flow of service packs has been shut off). This resulted in Microsoft's back-to-basics approach and the emergence of Windows 7. There have been more than seven versions of Windows, but no matter, "7" is now almost inconsequential and the focus is back, squarely, on Windows as the core, foundational brand.

Since Windows 7 launched, Microsoft has focused more and more on expanding the Windows brand with far fewer embellishments. Windows didn't arrive on phones as Windows Mobile (that was the old brand). Instead, it's the more straight-forward and obvious Windows Phone.

Throughout the years, Microsoft has used a variety of code names for upcoming Windows releases: "Chicago", "Longhorn", Cairo", but the more tablet-friendly Windows 8, arriving in (we think) 2012, doesn't even have a code name like its predecessors. Microsoft has been calling it Windows 8 almost from day one.

The reality is that the world accepts "Windows" as a viable platform brand, and Microsoft knows that it has tremendous equity. Missteps of the past are laid at the doorstep of "Vista" and "ME"—emphatically not blamed on Windows, the platform and brand. We all know, for better or worse, what Windows is. And we should no more expect Microsoft to drop the brand than we do McDonald's to rename the "Big Mac" the "Big Mouth Burger."