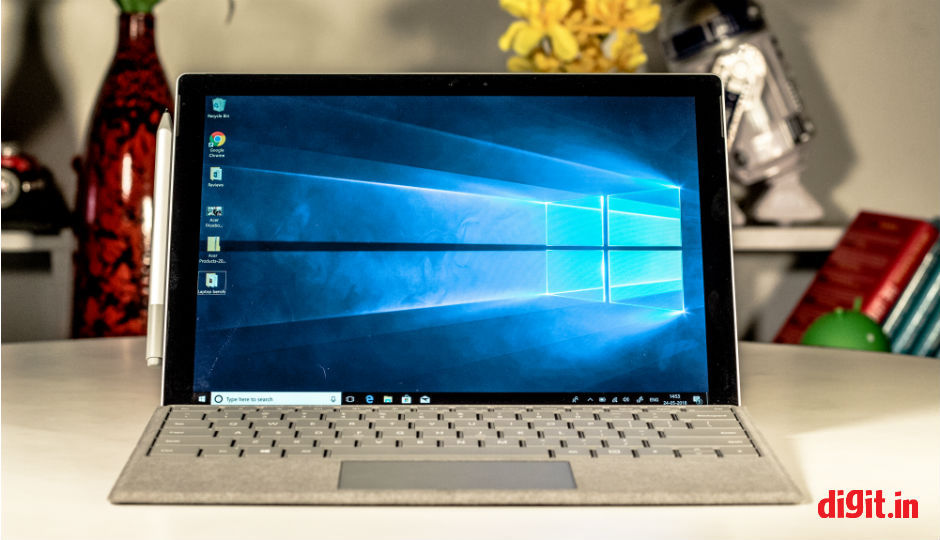 Long-time PC users like me want to believe that moving from a world of elephantine laptops to a world where the entire computer sits behind a hi-res touchscreen display in the span of a decade is a cool and casual transition. But inevitably, I fail. It's one thing to see a device like the Microsoft Surface Pro in stores and expos but another thing entirely to use it as my primary computer.

The fact that the Microsoft Surface Pro is a tablet first and a laptop second is made clear every time my hands reach towards its body to open, move, or use it. While beginning to work on the Surface Pro, I need to remind myself consciously to set the device down on the table with the slimmer keyboard side resting on the table, open the thicker side up as the display, and then deploy the kickstand at the back. It's definitely going to take a while getting used to this reverse configuration. I've come close to lifting the Surface Pro by its base, which here, is simply the slim Type Cover keyboard that hangs on to the tablet using magnetic pins and no solid hinges. Luckily, the magnetic connectors on the Type Cover keyboard seem strong enough to hold on to the precious tablet even when lifted precariously. The tablet seemed to flop limply from the Type Cover keyboard when I simulated bad handling. Nevertheless, it's a good idea to start regarding the display side of the device as the computer itself. 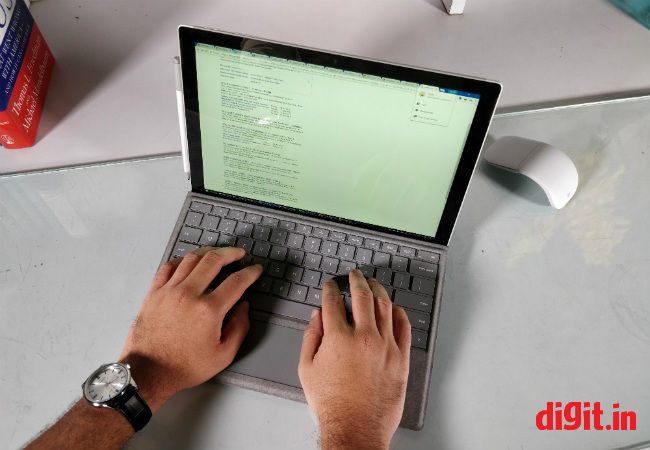 The unit I've got for review is the latest model, the 2017 Surface Pro. It's powered by a seventh generation Intel Core i5 processor, has 8GB of memory and 256GB of storage. Included in the kit are the optional accessories: the Surface Pen, the Surface Pro Signature Type Cover, and the Surface Arc mouse. These accessories come together magnetically to make this 12.3" tablet look like a laptop with a fancy pencil stuck to its side.

The Surface Pro is compact enough to be carried around and bagged easily. It sits firmly on a flat table, but struggles to find stability around the edges of a table, especially if even a tiny part of the keyboard overhangs the table. It's the same case when it's on the lap: sit up with both thighs at the same height and it's stable; sit cross-legged and things get shaky.

In its primary persona as a portable tablet, the Surface Pro behaves extremely well. The Surface Pen works easily with the device's touchscreen and offers a rich writing and drawing experience on OneNote and Paint 3D. Palm rejection works impeccably well and I end up using the device like a notepad and pen without even realising it. 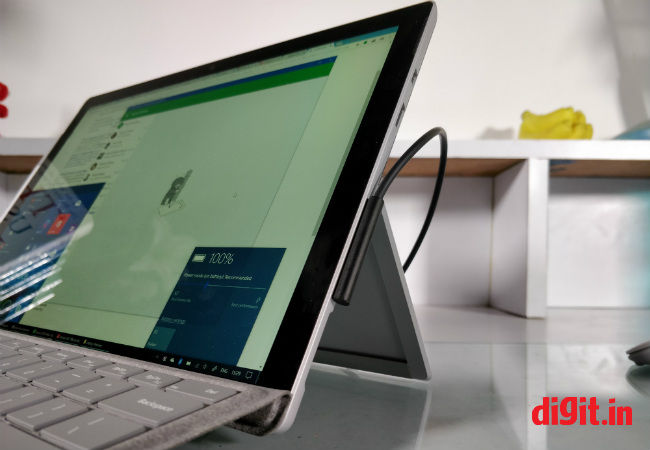 Having spent two days with the Surface Pro, I can say with confidence that it's definitely something of a game-changer in the hybrid laptop market. Only time will tell how living with the device is and how it'll hold up against the likes of the Apple iPad Pro.