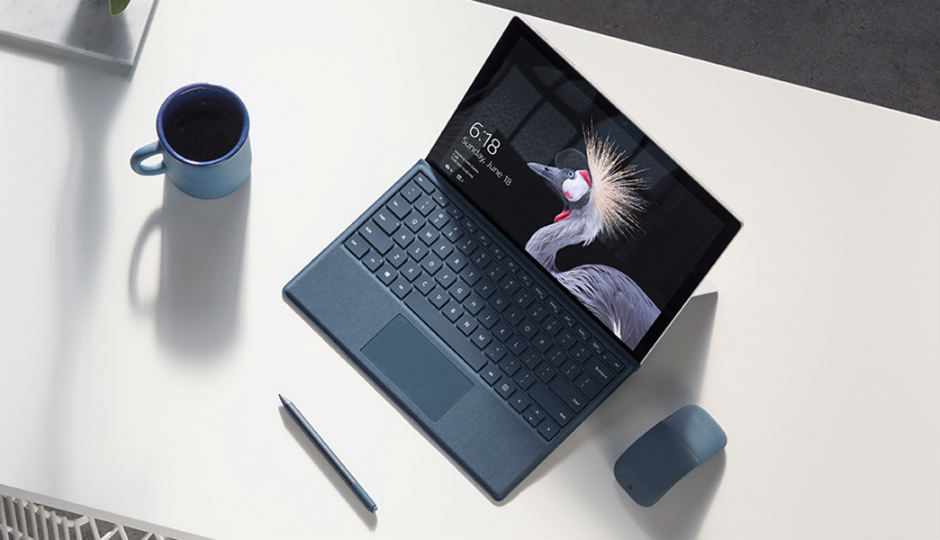 Microsoft has been working to build the tablet that replaces a laptop for years now. Surface chief, Panos Panay, recently said that there will be no Surface Pro 5 till the company can bring “meaningful change”. Its Surface tablets have had the best shot at replacing laptops, but Microsoft isn’t quite there yet, just like it isn’t quite ready with a Surface Pro 5. Which is probably why the company dropped the whole naming scheme this time anyway. The new Surface Pro is coming to market soon.

On the outside, the new Surface Pro looks pretty much the same as the one launched last year (Surface Pro 4 Review). However, there are changes on the inside. Microsoft hasn't changed a lot this year, but its changes this year are more aligned with the company’s Windows 10 Creators update. It will appeal to creative professionals more than to any mainstream consumer. So, what has changed? Let’s take a closer look.

Display and Build: Minor changes, but still looks great
The two things that haven’t been changed greatly are the display and design of the machine. You still get a 12.3-inch display in 3:2 aspect ratio, with Microsoft’s Pixelsense technology. The resolution here is 2736 x 1824p, at 267ppi pixel density. You get pretty much the same industrial design that the company has been working with over the years. The hinge on the new Surface Pro has been updated to offer easier usability, and can lay almost flat (165 degrees), which Microsoft calls the “studio mode”. 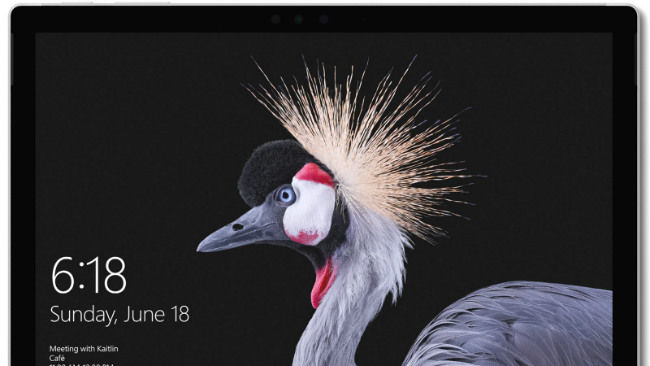 Performance: New Intel chips (obviously)
A new year, and new Intel chips. That is pretty much the case with every other laptop coming out this year and the new Surface Pro is no exception. However, you do get a range of options, starting with the Intel Core m3 to the Intel Core i5. There’s an Intel Core i7 variant as well. RAM options extend from 4GB to 16GB and storage options range from 128GB to 1TB (NVMe). 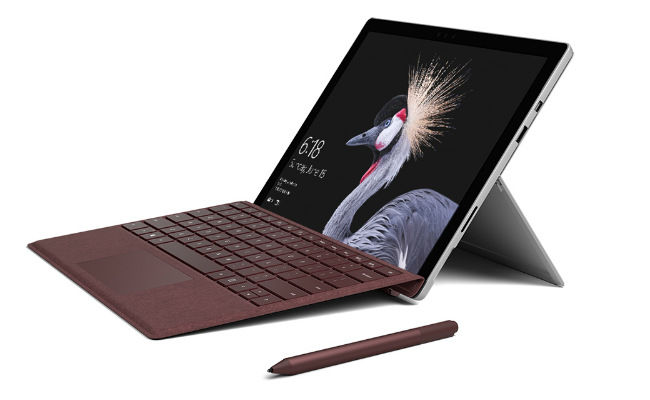 The ‘cool’ new thing here is that the Intel Core m3 and the Core i5 are now passively cooled. This means no fan noise, even when you push it to the brink. Microsoft claims that the new Surface Pro is 2.5 times faster than the Surface Pro 3, which was running Intel’s 4th gen Haswell processors.

Further, Microsoft claims that battery life is now 4 hours more than last year’s Surface Pro. The company is promising 13.5 hours of video playback on a single charge. The numbers seem impressive, but we can only confirm that once the device launches in India.

Pen and keyboard: All new
The Surface Pen has been redesigned from the inside to make it more attractive to the creators looking to buy a machine. To please prosumers, the Surface Pen supports 4096 levels of pressure sensitivity, up from 1024. The actuation force to draw a line on the tablet is now calibrated from 21g to 10g and the Pen now supports tilt shading.

While the Surface Pen is backward compatible, the company hasn’t said whether the new Type Cover keyboard will be backward compatible as well. The keyboard itself has nothing new except for Alcantara fabric being used on the deck. Car enthusiasts will be familiar with the material, but if you are not one, it’s something between leather and suede. 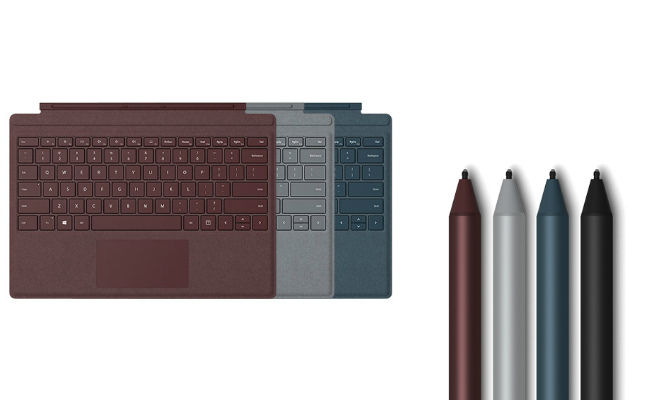 The sad part, at least for buyers in the US, is that none of these essential accessories are bundled with the Surface Pro and will be available at extra cost. We are not sure whether Microsoft plans to do the same in India, but we assume it will be an expensive device anyway.

I/O: Get ready for the dock life
There is a headphone jack on the left side of the Surface Pro, while you have the mini display port, a USB 3.0 port on the right. There’s a microSD slot hidden at the back. One wonders why a device priced at $999 doesn’t have more ports, or at least an USB Type-C port. You do get a Surface Connect port, to connect the Surface Dock, extending the usability of the machine to two more display ports, and four USB 3.0 ports, in addition to the ethernet jack.

However, the dock itself costs $199 (Rs.12,900 approx), which Amazon currently sells for Rs. 18,999 and you still won’t get an SD card slot. However, before you send a raging tweet to Microsoft or spam our Facebook comments, you need to know that there is a USB Type-C dongle in works. This dongle will connect to the Surface Connect port and will provide power and data. It may even run displays. Microsoft's argument for this is that if you do get a USB Type-C port on your laptop today, you will be buying a dongle anyway, and third party docks may or may not work as intended. Instead it’s giving the customer something that’ll definitely work.