Is 'affordable ultrabook' an oxymoron? 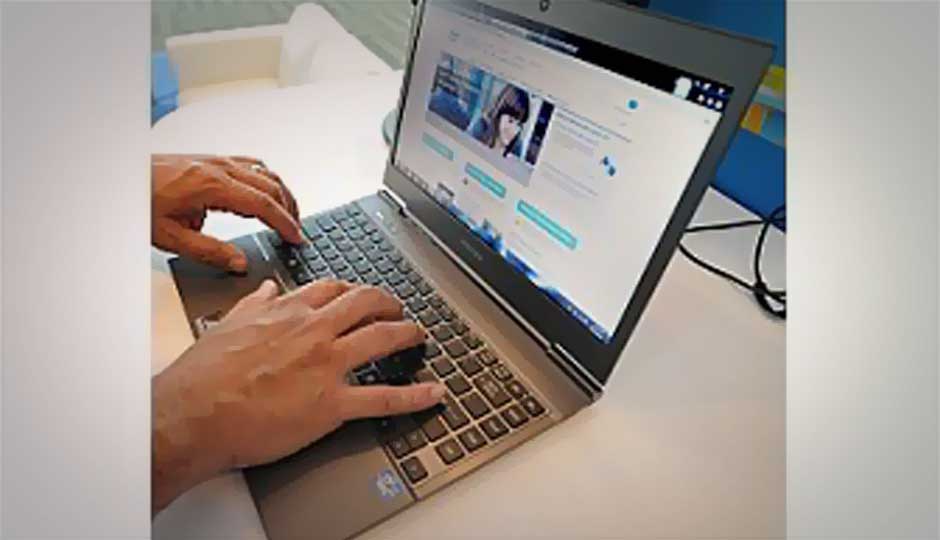 ×
Acer's president joins customers in wishing for more sub-$800 ultrabooks. Are vendors correct to bet on a segment that's been slow to take off?

Every time you see a patient and therapist in the cartoons, the former is lying on the couch while the latter sits in an adjacent chair taking notes on a legal pad. When I see my therapist, I sit upright while he takes notes on a MacBook Air.

Intel, as you probably know, is spending $300 million to convert my therapist to Windows. That's the amount in the Intel Capital Ultrabook Fund, the chipmaker's investment to develop and promote a class of thin-and-light laptops called ultrabooks by Intel and its OEM partners. Detractors, however, might call them "Air-alikes," because of how closely their specs target the 13-inch MacBook Air: 0.8 inches thick at its thickest point, a 13.3-inch screen, no optical drive, at least five hours of battery life, and a solid-state drive instead of a hard disk for near-instant-on operation.

The first handful of ultrabooks are out now, with a lot more – some say 50 or more – expected at January's CES, and a second wave due in the spring of 2012 with Intel's "Ivy Bridge" successor to today's "Sandy Bridge" processors. When Intel announced the ultrabook initiative at last May's Computex Taipei, it predicted the category would claim 40 percent of global notebook sales by the end of next year. IHS forecasts the 43 percent mark won't actually be reached till 2015, but that's still rapid acceleration for a segment that'll account for just under 2 percent of sales in 2011.

Why such a paltry consumer response? Because Black Friday reminded consumers that they can choose from a flock of $299 and $499 laptops, while most ultrabooks cost $999 or more. Our current Editors' Choice, the Asus Zenbook UX31, is $1,099. My current lust, the Lenovo IdeaPad U300s, is $1,095. Best Buy has an $889 sale on the Acer Aspire S3, but purists sniff that it combines a spinning hard drive with a 20GB flash cache instead of offering a true SSD like its rivals. (To be fair, the Acer's Winchester is a roomier 320GB while its competitors' solid-state drives are 128GB. But the MacBook Air 13-inch also starts at $1,299.)

The under-$1,000 barrier is a tough one to break, according to the Taiwanese trade journal DigiTimes, which reports that the average 13.3-inch, 128GB SSD-equipped ultrabook carries a bill of materials of $690, OEM costs of $100, and marketing and distribution costs of $150, totaling $940.

But there's hope on the horizon, according to Acer president Jim Wong, who told DigiTimes last week that he anticipates Acer ultrabooks selling for $799 to $899 in the second quarter of 2012 and for $499 in 2013.

And while Wong surely knows his business, I can't help pointing out that you don't have to wait until the second quarter of next year to buy an ultrabook for $799.99: You can buy a Toshiba Portege Z835-P330 at Best Buy today. The Z835 is not only a real ultrabook, with a 128GB SSD and everything, but has a lot to recommend it: a backlit keyboard, the most complete selection of I/O ports, the lightest weight in the class (2.5 pounds; the Air and most of the Air-alikes are 2.9), and the longest life in our battery tests (7.5 hours).

What's the catch? Well, the Portege is encased in light magnesium alloy instead of aluminum, and it has a little more flex than its peers. Second, while the Airs have Intel Core i5 processors, the Portege makes do with a slower Core i3.

But I'd contend that's not a deal-breaker. A Core i3 with 4GB of RAM is adequate for the mobile productivity for which ultrabooks are generally used, and even the relatively modest Z835 is light-years away from memories of netbooks with single-core Atom processors (shudder), 1GB of memory (double shudder) and GMA 950 graphics (full-body seizure with whimpering). In fact, depending on how aggressive Intel is with "Ivy Bridge," I have a pet theory that 2012 ultrabooks with "Sandy Bridge" CPUs might be sleeper deals. Joe and Jane Consumer won't care much whether the "Processor" tag says Core i5-2000-something or Core i5-3000-something, and a previous-generation chip might whittle down that $175 to the $200 that DigiTimes attributes to the CPU in its bill of materials.

Meanwhile, the list of vendors aboard Intel's ultrabook bandwagon includes Acer, Asus, Toshiba, Lenovo, and HP (with the new Folio 13). If I were a betting man, I'd put my money on Dell before long. Add Samsung (though there's a quibble about meeting Intel's specs) with the Series 9. LG just announced an ultrabook for the South Korean market. Momentum has been slow so far, but it's building.

What could muddy the waters? Two things, both related to Windows 8: A challenge from the low-priced Windows-on-ARM subnotebooks that I mentioned last month, and confusion between laptops and tablets as users – even at the cost of extra weight, thickness, and, well, cost – demand touch screens to take advantage of Win 8's new interface. Either could splinter the scenario for steadily improving ultrabook sales at steadily declining prices.

I can hear my therapist asking, "How do you feel about that?"