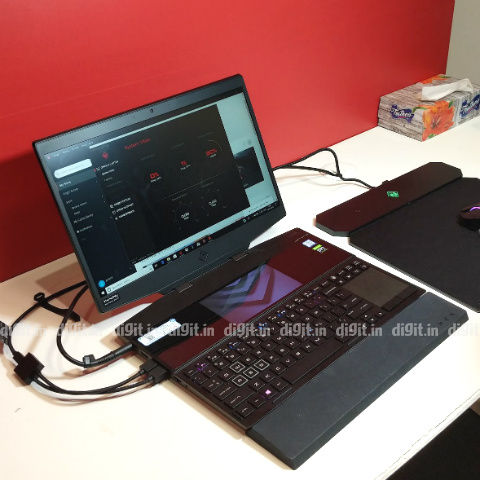 A little over a month ago, Asus announced two new ZenBook models, both of which feature a second screen. Called the ScreenPad Plus, the second screen is found on the top half of the keyboard island of the ZenBook Duo and ZenBook Pro Duo. The ScreenPad covers the entire width of the laptop's base panel, leaving the user with a really short but wide touchscreen panel. During the demonstration at Computex, Asus explained how the second screen could improve productivity with nearly all types of users.

In what now seems like an instance of déjà vu, HP announced earlier today in India “the world's first dual-screen gaming laptop”. Named the Omen X 2S, HP's new gaming laptop is admittedly reminiscent of the Asus ZenBook Duo/Pro Duo in terms of implementation. More specifically, it has a second screen in the same top half of the keyboard island of the laptop. The keyboard has been moved further down the base panel and the touchpad has gone vertical. Obviously, the integrated palm rest of the laptop now becomes an optional extra. There's just one difference in the implementation though: the second screen a significantly smaller unit.

While Asus chose to use the entire width of the keyboard island for its ScreenPad Plus, HP has chosen to use only a part of it. In other words, the Omen X 2S' keyboard island has one 5.98-inch Full HD touchscreen display in something close to letterbox format in the middle but that's it. There are blank glossy black inserts on either side. It's possible that HP elected to go with this rather conservative design in order to match the aspect ratio of the secondary screen with that of the primary.

In an interview with Vickram Bedi, Senior Director for Personal Systems Category at HP Inc. India, we asked whether the decision to keep the size of the second screen was intentional. Though the HP senior executive provided no technically satisfying answer about the size and position, he responded by saying that the second screen on the Omen X 2S was designed specifically for gaming. “It's a production-class, commercially available product,” said Bedi of the Omen X 2S. 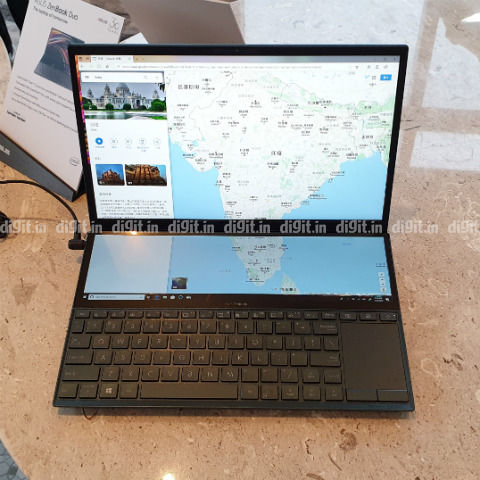 The HP Omen X 2S is in other ways similar to its brethren, the updated HP Omen 15. The top-of-the-line variant of the Omen X 2S is powered by an Intel 9th Gen Core i9 Octa-core CPU, Nvidia GeForce RTX 2080 GPU with Max-Q design, and up to 32GB of onboard RAM. Storage is made possible by a solid-state drive or hard drive or both with capacities going up to 2TB along with optional Intel Optane memory. The primary screen is a 15.6-inch Full HD IPS LCD unit with a refresh rate of 144Hz. A 4K 60Hz IPS LCD panel is also available.

Unlike Asus, which has added extra software to move apps and windows around between the two screens, HP appears to have implemented the second screen like any other Windows-recognisable unit. It's hard to say at the moment how useful HP's dual-screen gaming tech is. According to the company, apps and sites such as Discord, Spotify, and YouTube can be displayed in the second screen for easy multitasking. We'll get a better idea of the setup when we receive the Omen X 2S for a proper review. The HP Omen X 2S is expected to be available on HP's website and other retailers starting from July 1 for a starting price of Rs 2,09,990.