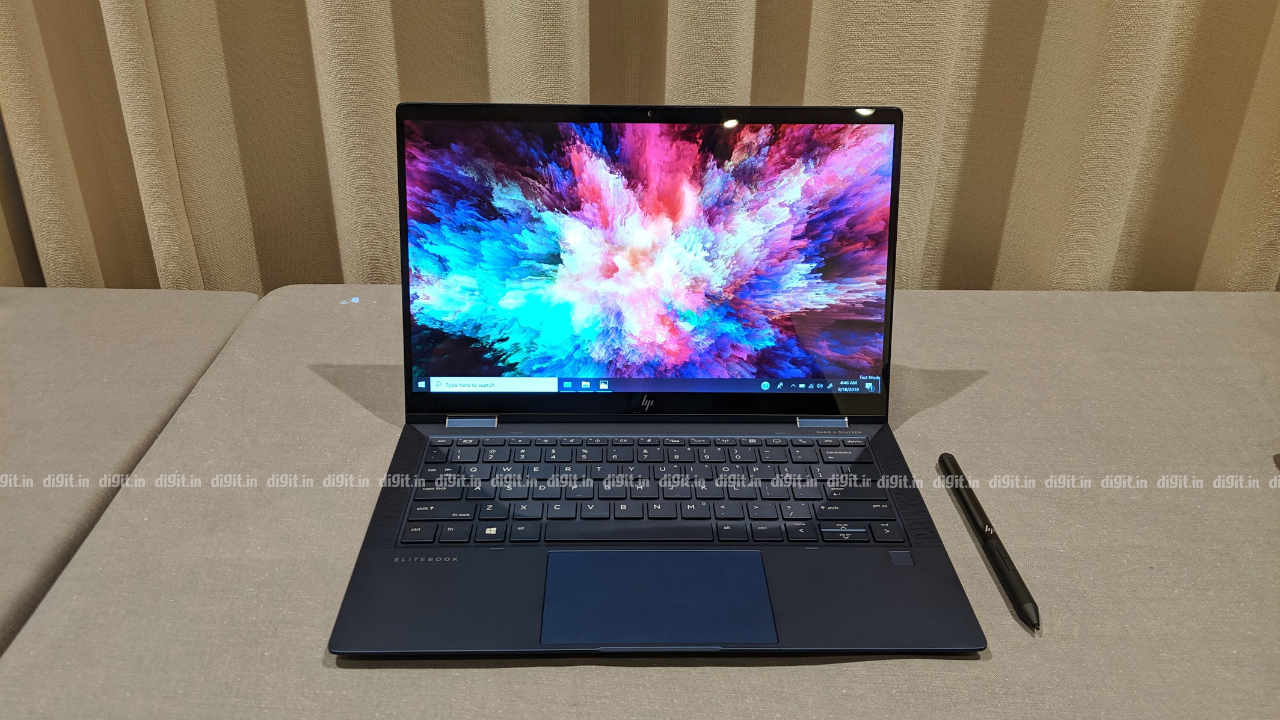 The Personal Systems wing at HP, Inc. appears to be on a roll. Just a month or so after launching its new Chromebook line-up in India, the American multinational has announced a new convertible business laptop in Japan. Called the Elite Dragonfly, the new 13-inch ‘EliteBook’ model is primarily aimed at the Asian premium enterprise laptop market. According to HP, the Asian workforce is bustling with millennials and the new Elite Dragonfly is designed to cater to the requirements of exactly such a crowd.

Let's recap the credentials of the newly launched device: the HP Elite Dragonfly is, in short, a premium x360 model in that it has a flippable 13-inch touchscreen display with support for the HP Active Pen stylus. In other words, it can work either as a laptop or as a tablet. It's powered by Intel's 8th Gen Core vPro series of CPUs, up to 16GB of RAM, and up to 2TB of solid-state storage. But here's the best part though: HP says it weighs less than one kilogramme.

Weight: Lighter than the Air

In the hours leading up to the launch, I was quite sure HP would end up showing its own rendition of the popular LG Gram, given that the words “Lighter than air” were practically plastered all over the launch venue. But to my pleasant surprise, the Elite Dragonfly turned out to be a whole lot more than that. HP is proud of the fact that its newest business laptop weighs less than a kilogramme (when purchased with the lightweight battery at least) but is just as proud of its sturdy metallic construction and computing power. According to Gagan Singh, the Vice President and Global Head for Premium Notebooks at HP, Inc., the Elite Dragonfly employs CNC machined magnesium in its construction to make itself both lightweight and durable. There's an oleophobic coating on the surface of the top cover to make the laptop resistant to smudges. 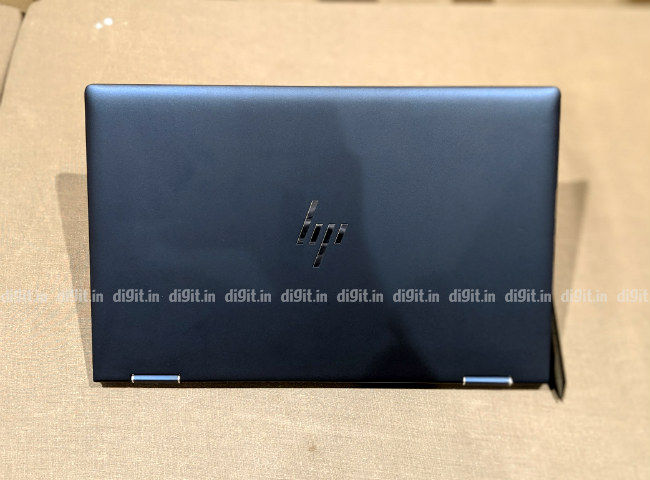 In the little time that I got to spend with the new HP Elite Dragonfly I could tell it was particularly lightweight without feeling flimsy. All it took was the firm grip of a few fingertips to lift the laptop off a tabletop. It felt as light as say, the Acer Swift 5, in the hands if not lighter. It most certainly felt lighter than the already lightweight Apple MacBook Air. At the same time, pressing hard on the laptop's top cover or keyboard island showed no signs of give. HP says the laptop is certified to MIL-STD 810G standards and can survive multiple drops from a height of 76 centimetres. HP did not mention whether or not the touchscreen display on the Elite Dragonfly uses Gorilla Glass protection. 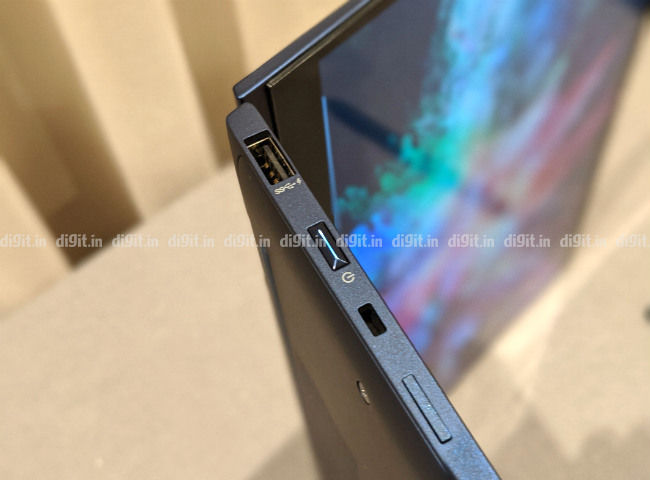 HP has a bad habit of equipping some of its laptops with a proprietary touchpad driver from Synaptics instead of using Windows 10's native precision driver, which enables the user to use multi-finger taps and swipes more naturally. This is true even of the latest Spectre x360 and Envy x360 laptops. Fortunately, HP has not done so on the new Elite Dragonfly. It uses the precision touchpad driver that's built into Windows 10, which means you can use up to four fingers to swipe on the touchpad surface. You can adjust the settings of the touchpad from Windows' Settings without installing any third-party driver or utility. 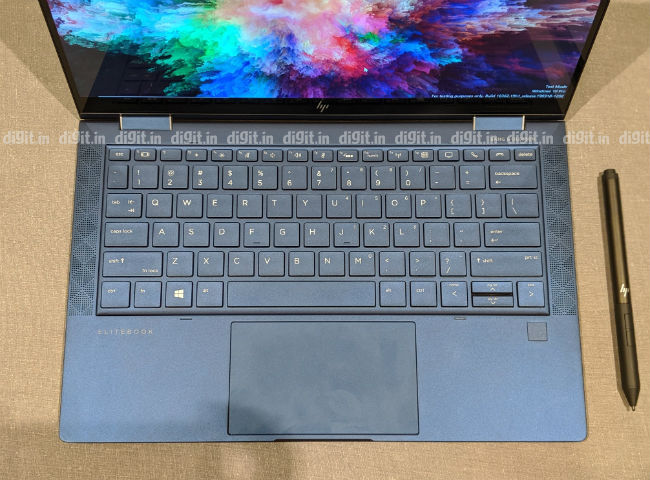 In the limited time I got with HP Elite Dragonfly, I tried a bit of typing. The keycaps were characteristically flat but the 1.3-millimetre travel of the keys felt sufficient. The amount of resistance felt fine too. That said, it's hard to say if the Elite Dragonfly's keyboard is better than that of say, the Lenovo ThinkPad X1 Carbon. We'll have to wait for a review unit to get all the answers. The one feature I thought was really cool on the Elite Dragonfly was HP Sure View. Enabled with the press of a key on the keyboard, Sure View electronically limits the viewing angle of the display so that only the user sitting directly in front of the laptop can view the contents shown. We'd last seen it on the 2019 Spectre x360 but HP says the Elite Dragonfly uses a newer third-gen iteration. 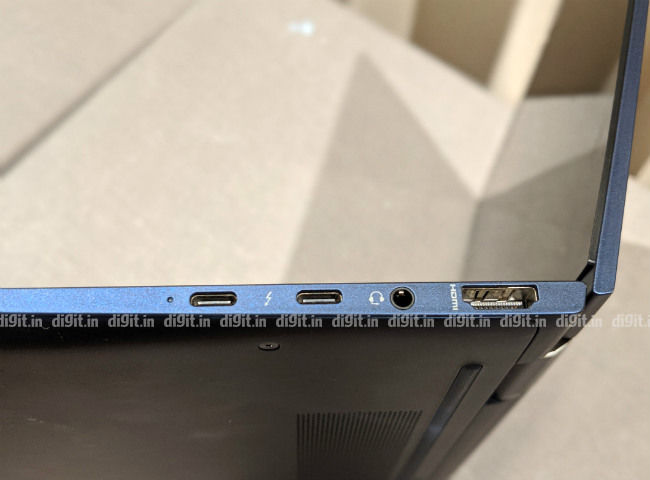 The HP Elite Dragonfly comes across as a lightweight hybrid business device but also a capable one. The fact that it is certified to military specifications gives me confidence in its ability to endure a few instances of clumsiness. The fact that it has useful IO ports, like a full-size HDMI port and a USB-A port along with a couple of Thunderbolt 3 ports, tells me that HP is just as serious about practicality as it is about keeping the device light. I especially like that HP has kept it simple and gone with Windows 10's inbuilt precision driver for the touchpad. I can't wait to get a review unit so I can give the new Elite Dragonfly a proper test.