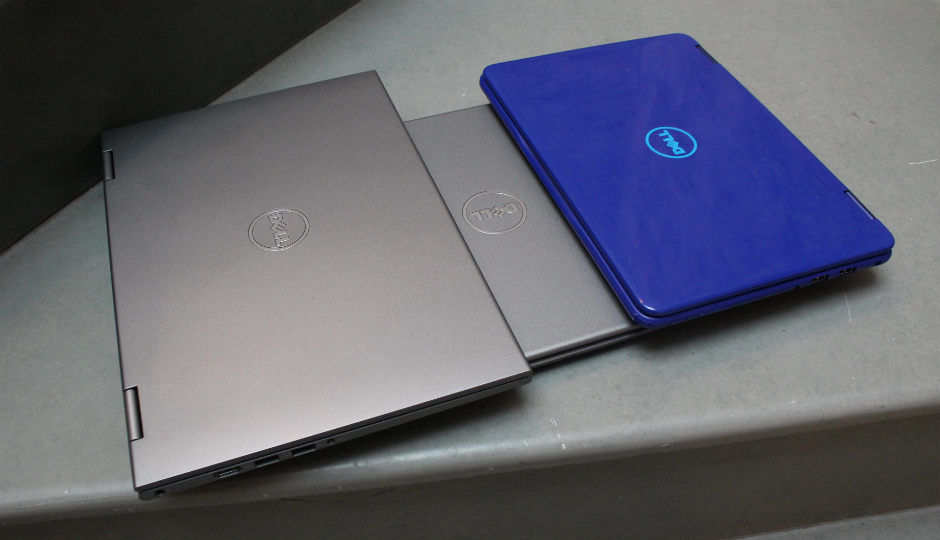 Dell has introduced its new lineup of hybrid laptops in India, under the Inspiron series. The Inspiron 3000 series now has an 11.6" hybrid with Pentium and Core m3 processor variants, while the Inspiron 5000 series brings two screen sizes, and the option to choose from 6th Gen. Intel Core i3, i5 and i7 processors. 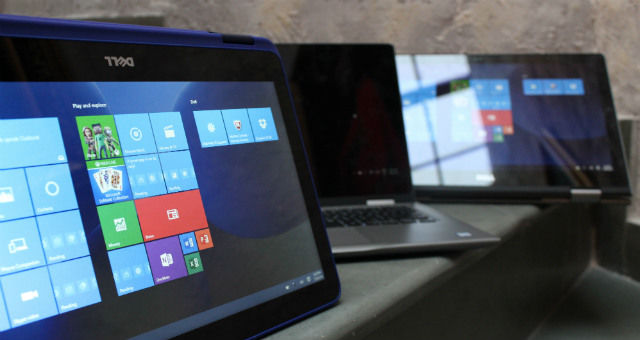 The company has essentially improved on its existing products by including a front-facing infrared camera to best utilise Windows Hello - the face recognition feature of Windows 10. The infrared camera allows for face recognition even in low or dim lighting, facilitating easy login. Unfortunately, the feature has only been included in Core i5 and i7 variants of the Inspiron 5000 hybrids, and the base variants of the laptop miss out on this snazzy new feature. 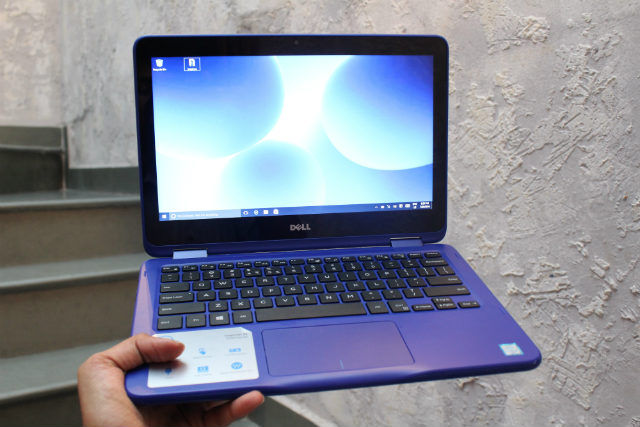 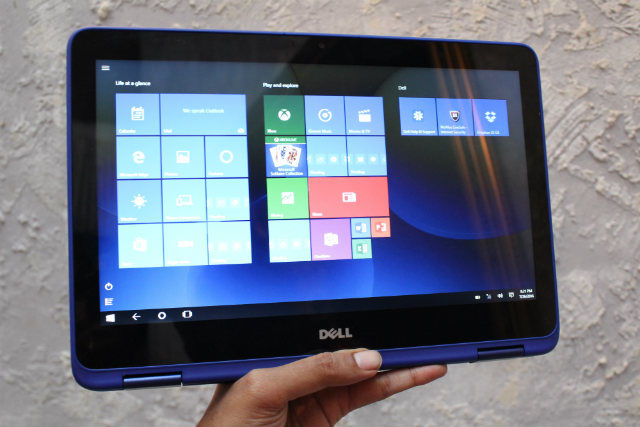 Alongside, the new laptops also claim improved battery life. The hybrids now come with over nine hours of screen-on time with Wi-Fi connected, an improvement over Dell’s existing lineup of hybrid laptops. These new laptops will replace the old Inspiron hybrid lineup, and prices begin at Rs. 32,490 for the 11.6-inch variant. While it will not be fair to comment on the performance of these devices, here’s taking a look at how these devices fare in terms of looks and durability to go with the entertainment quotient. 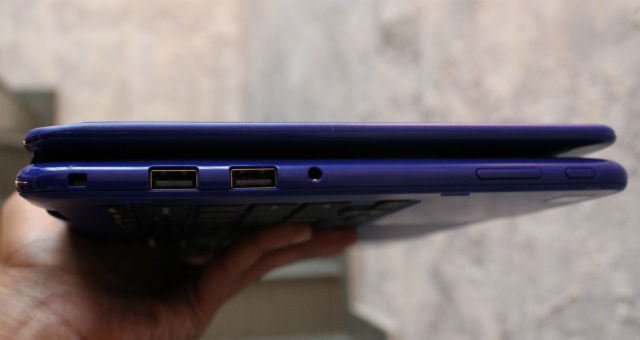 Dell’s market survey stated that many entertainment-centric users prefer various colour variants of a laptop, and as a result, Dell now offers the 11.6-inch variant in two bold colour shades of blue and red. The plastic build combined with the colours may not look the most subtle in a crowd of usually black or grey facades, but many may find it appealing. The keyboard seemed a bit cramped, but for an 11-inch device, the Inspiron 3000 fares decently well in terms of key response. The trackpad seemed less responsive than optimum, and for a touch input display, the screen wobble upon touch is quite a bit, which can disrupt your experience. On the up side, though, the Dell Inspiron 3000 comes with USB 3 ports, which is ideal. 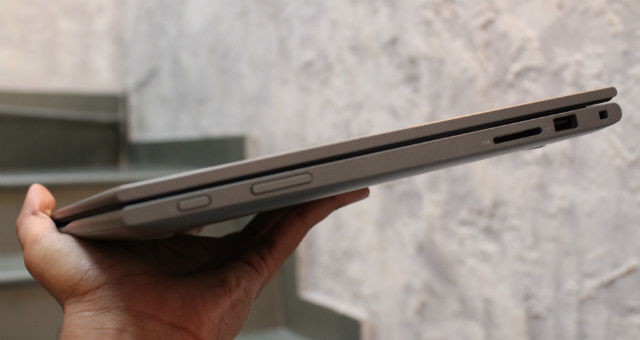 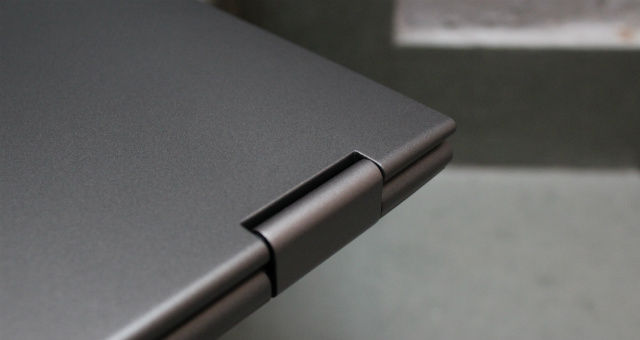 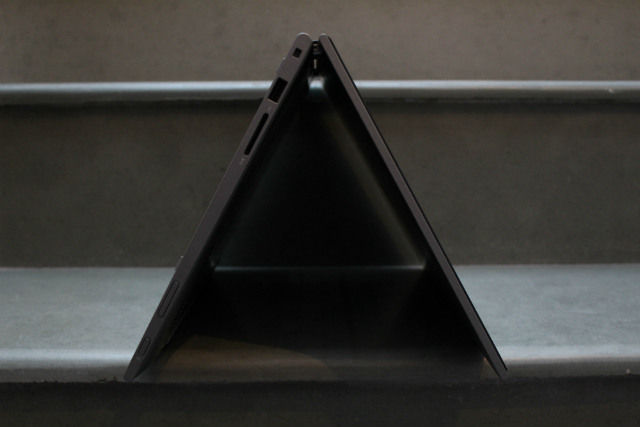 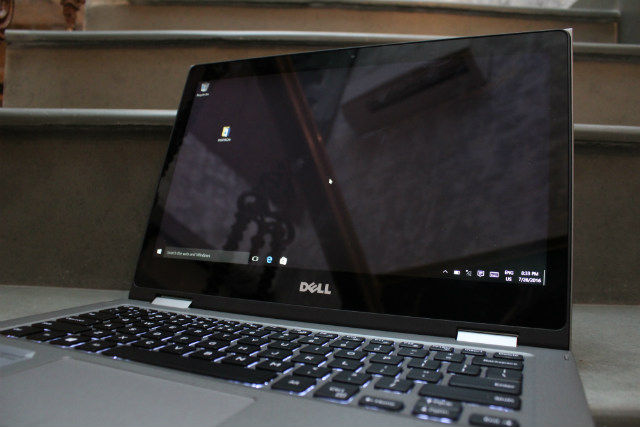 Moving on to the Dell Inspiron 5000 series, there is a distinct upgrade in the quality of plastic used, better key travel with backlighting on keyboard, improved trackpad, and the infrared camera to capitalise on Windows 10’s Hello. The Core i3 variant, with a 13.3-inch display seemed reasonably snappy, and comes with 4GB of DDR4 RAM. Screen wobble upon touching the display is noticeably lesser, but is still present. Another aspect about the laptop is the rounded edges. There is an indent on the lower flap which makes opening the laptop easy, and the rounded edges happen to offer less rigidity when you flip it over to tablet mode and place it on a table, as if it may slide. The hinge remains sturdy, and although the rounded edges blend well with the looks, it may have been safer to use angular edges. Performance-wise, everything seemed reasonably snappy. The display is reflective, but offers decent viewing angles, colour accuracy and sharpness. For viewing movies, this can be a decent option, with prices beginning at Rs. 48,900. 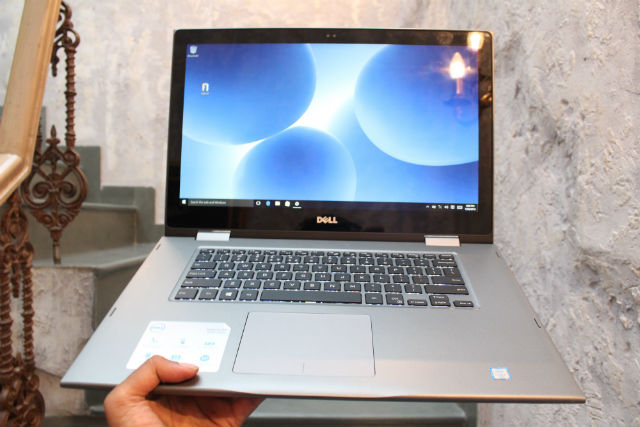 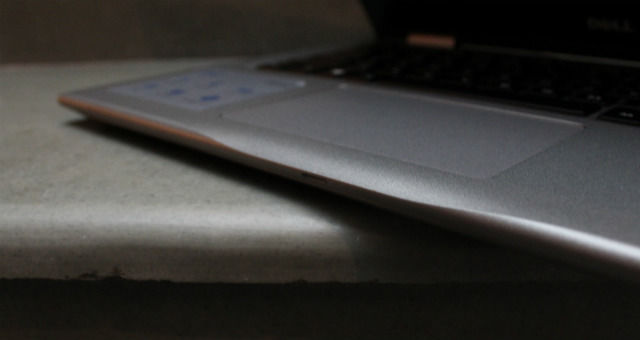 The 15.6-inch variant is unsurprisingly the very best, with optimally sturdy hinges, a responsive multitouch display, Full HD screen resolution, a well-spaced keyboard and dual-front cameras, all encased in a slim, 1.7kg shell. The 6th Gen. Intel Core i7 variant comes with 8GB of DDR4 RAM and 1TB 5400rpm HDD, and is priced upwards of Rs. 80,000. The build is not as premium as you would hope for in an expensive ultrabook, which is a tad disappointing. Despite the well-spaced keyboard, the feedback from the keys are not top notch. The 15-inch Inspiron 5000 hybrids offer the premium entertainment value the way Dell’s XPS 13 range of notebooks offer the business user, but the materials used in construction could have been so much better. 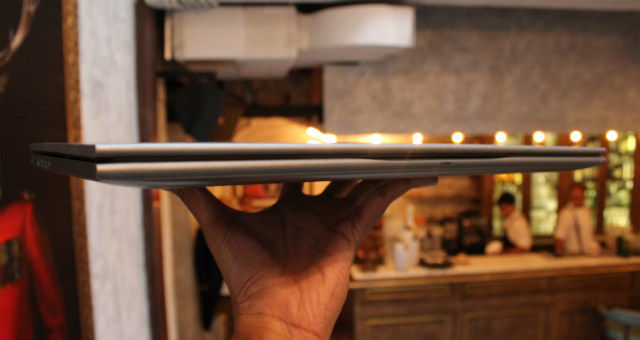 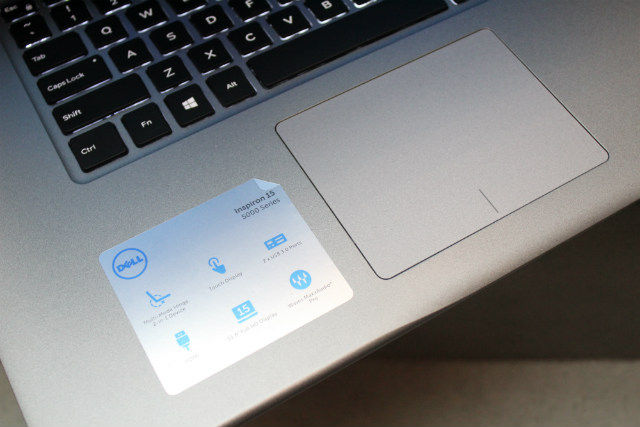 Dell’s new hybrid range of laptops, particularly the Core i3 variant of the Inspiron 5000, has the potential to be an attractive proposition for the average user, who would primarily use it for lots of internet-based work, binge-watching lots of movies and soaps, and the occasional round of Unreal Tournament. It is too early to give an absolute comment on the excellence of the products, but they do seem promising.