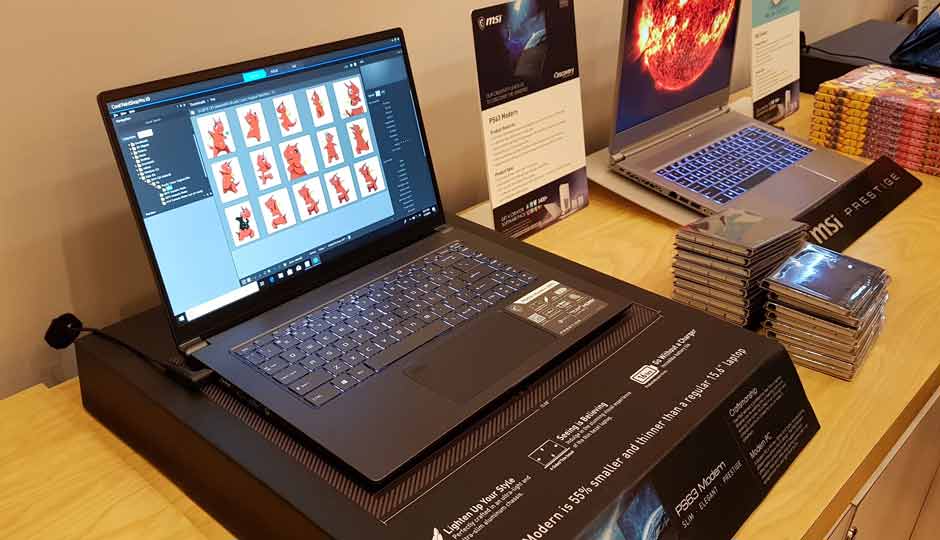 MSI introduced the Prestige series to the world at COMPUTEX 2018 with a more professional focus, the hardware and design language of the Prestige series is all about bringing a more utilitarian look and feel to these laptops. At CES 2019, we saw a new addition to the family in the form of the MSI Prestige PS63 Modern.

The MSI PS63 Modern, in particular, was developed in collaboration with the Discovery Channel as an homage to the 50th anniversary of the first moon landing. What this means for the laptop is that the design and colours will be peculiar to this laptop and other models in the Prestige series will sport a slightly different look. Also, you get a bunch of goodies along with the PS63 to celebrate the occasion of the moon landing. 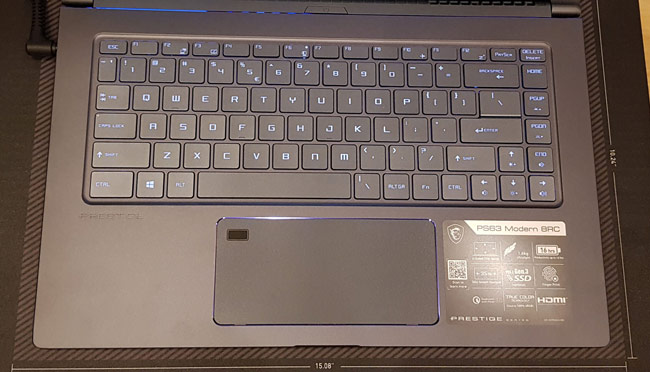 The notebook has a TKL keyboard with the keys sporting a similar feel as the PS42 which is another model in the Prestige lineup. The backlight of the keys is sufficient to be visible despite the harsh studio lights focused on it as we took this photograph. What stands out, however, is the massive touch pad. As per MSI, this is 35% wider than what’s usually seen in this series. There’s also the fingerprint reader at the top left corner of the touchpad. 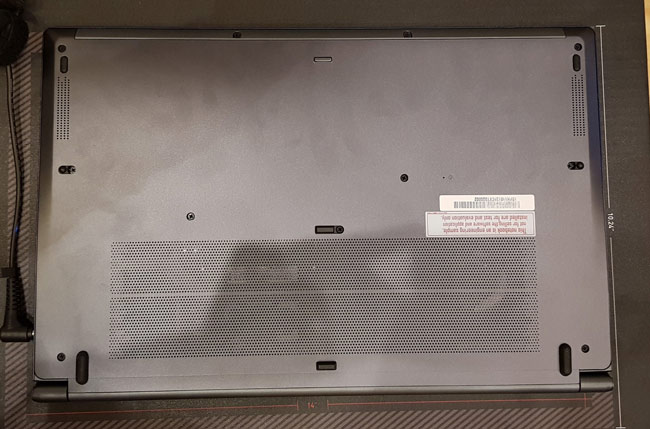 The underside is something we’ve seen before with the other units in the Prestige lineup. The intake vents are on the bottom with the outlets pointing towards the rear. The PS63 Modern has downward firing speakers with and rubber spacers all over the underside.

The vens on the rear are quite wide overall and each slit is quite open. This means the fans will not be under as much pressure at the outlet, so the unit should run silent. It has a Quiet Mark certification for the same reason.

For the I/O, the PS63 has two USB 3.1 Gen 1 ports on the right hand side and one USB 3.1 Gen 2 port on the other side. Additionally, there’s a Type-C port with support for hooking up a display as well. Then there’s a 3.5mm 4-pole audio jack, HDMI out and a microSD card reader as well.

One of the key claims about the MSI Prestige PS63 Modern is that it has a 16-hour battery life. This is attributed to the 4-cell 82 WHr battery that it has. We don’t know about the testing methodology used but 16 hours with an NVIDIA GTX 1050 is impressive even if all you did was browse the internet and play around with a few word files. Additionally, the unit supports Qualcomm Quick Charge 3.0 which means you can now charge your Ouick Charge enabled phones using the USB port on the PS63.

The MSI Prestige PS63 was one of the products launched at CES 2019. Check out the MSI GS75 here and the rest of MSI's CES lineup here.