Best laptop and ultrabook launches of 2013 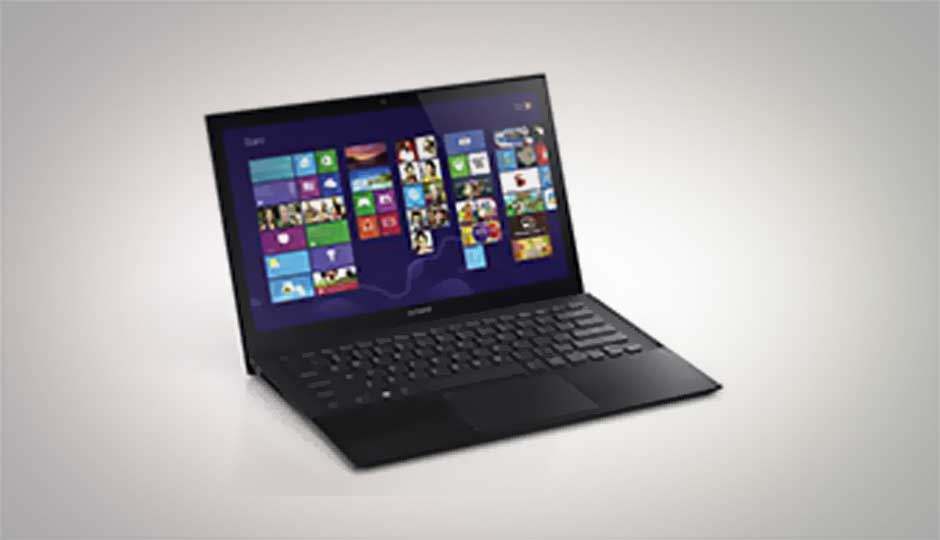 The year 2013 was essentially divided into two halves, right down the middle. The first six months saw a lot of laptops and ultrabooks on the Intel Ivy Bridge platform. This also included a few of the Windows 8 hybrids, like the HP Envy x2. For most laptops, there was the token early year refresh to give a fresh impetus to the sales, particularly from the audience that craves the latest hardware. But the real step forward was after the summer months. That is when Intel officially rolled out the Haswell processors, with the promise of very good battery life, and improved performance. While none of the Ivy Bridge processors that it succeded were slouches, we were more interested in the enhanced battery life bit. Apple fired the first salvo, updating the MacBook Air with the latest CPUs and claimed full day battery life. Sony followed that with the incredible VAIO Pro 13, which was technically branded as a laptop but was beating most ultrabooks at their own game - portability and excellent battery.

HP and Dell launched the updates, and so did Lenovo. Asus and Acer followed the trend. By the end of the year, we had a full line-up of Haswell based laptops and ultrabooks priced upwards of Rs 45,000. Below that, the laptops still packed in the previous generation Intel Ivy Bridge variants - Core i3 and Core i5. However, affordable laptops (the ones priced below and around Rs 30,000) saw a major performance boost with the quad core AMD APUs, which meant an affordable laptop didn’t directly translate into sluggish performance. Additionally, there was the aspect of brilliant battery life.

Among the sheer mass of products, some more similar to the direct rivals than you would expect, we have selected some of the most important machines launched in 2013. And we have fairly solid reasons to select these laptops.

This is the update that made the MacBook Air the perfect laptop for most users. The 1.35kg notebook previously offered around 7-8 hours of battery life, but with the Haswell processor now powering the latest version, that has gone up to 12 hours, on a single charge. The entry version gets an Intel Core i5-4250 CPU, 4GB RAM, Intel HD 5000 graphics and a a 128 GB Solid State Drive. Speaking of which, the SSD offers much better read and write performance because of the shift from the mSATA interface to PCIe. This could just be the perfect slim, light, adequately powerful laptop for you, if you need good battery backup to top it off.

Apart from Apple updating the MacBook Air with Intel’s new line of processors, Sony was one of the first to bring the refreshed laptops to India. The Vaio Pro 13 was the first of the series. And its weight of 1.1kg for coupled with a 13.3-inch display is pretty much nothing short of a miracle. One of the reasons for this is the carbon fiber chassis, sitting on what Sony calls the 'Hexa-shell'. This machine is powered by the Intel Haswell ultra-low voltage Core i5-4200U processor, paired with 4GB of RAM and a 128GB SSD. The display is Full HD, and is one of the first laptops from Sony to feature what is called 'Triluminos technology', seen on the newer-generation Bravia televisions. The real benefit comes from the wider colour gamut, and the IPS panel means this screen will have much better colour accuracy than most of the rival notebooks that don’t. This is the perfect machine for someone who wants portability with excellent battery life (tested at around 6 hours), but does not want a MacBook Air.

This is possibly the perfect example of a complete makeover. For all the disappointment of the fairly shoddy build quality and design of the previous couple of generations of the Inspiron 14 and the 15, Dell seems determined to make up for it. The resemblance to the XPS series of ultrabooks is uncanny, and that is something we are very grateful for as this is a much more premium design. This also means that there is a lot more use of metal - on the lid and the keyboard deck, to be specific. It is available in multiple versions, with the Intel Haswell series Core i5 and Core i7 processor options, with the fairly powerful Nvidia GeForce GT750M graphics. The Core i5 version that we tested returned with a battery life test score of 220 minutes at heavy load on a single charge. As a primary laptop at work, this easily lasts 5 hours on a single charge. One thing to keep in mind though - the Core i5 version does not have a Full HD screen (restricted to a 1366 x 768 pixel panel), while the Core i7 version offers that critical upgrade as well.

Lenovo knew that it was potentially making a gaming notebook, for those who could not afford one of those thoroughbred rigs. The performance of the Y510p is extremely good, with the 4th Generation Intel Core i7-4700 QM, 8GB of RAM and the Nvidia GT750 N14P-GT1 GDDR5 2GB Graphics. The 15.6-inch screen is Full HD, and the brushed metal body and the sporty looking grills give this a gaming notebook aura. At around Rs 75,000 box price, this is the laptop to consider, if an Alienware is out of your budget. The red colour backlighting for the keyboards just adds to the charm!

It was a rather sad reality that the affordable laptops from Sony were extremely basic at best. However, things have changed for the better and quite massively too. This is simply because the VAIO Fit 15E feels nothing like a typical affordable laptop. Priced at Rs 35,000 at the time of launch, this machine offers a build quality that is extremely impressive and the well sculpted looks give it a much more expensive feel. It's powered by an Intel Core i3-3227U @ 1.9GHz, with 2GB of RAM and a 15.5-inch display. The excellent battery life makes this a road warrior, something a lot of laptops have forgotten along the way. In the stressful battery tests that we ran on this machine, the Fit 15E clocked more than 2 hours on a single charge that would translate to about 4.5 hours of normal use.

If you believe there is another laptop that was as important as the ones we have mentioned above, we would like to hear from you. You can get in touch with the author directly via Twitter here.

Dell Technologies Announces Its All-New Latitude And Precision Laptops
A sneak peek at some deals on laptops during the AMD Days sale on Flipkart
Upcoming Laptops In India: HP, Asus To Lenovo, Here's A Closer Look
HP Spectre x360 13.5 And Spectre x360 16 Laptops Launched In India
Top 5 Intel Evo laptops to buy in India in 2022
Advertisements