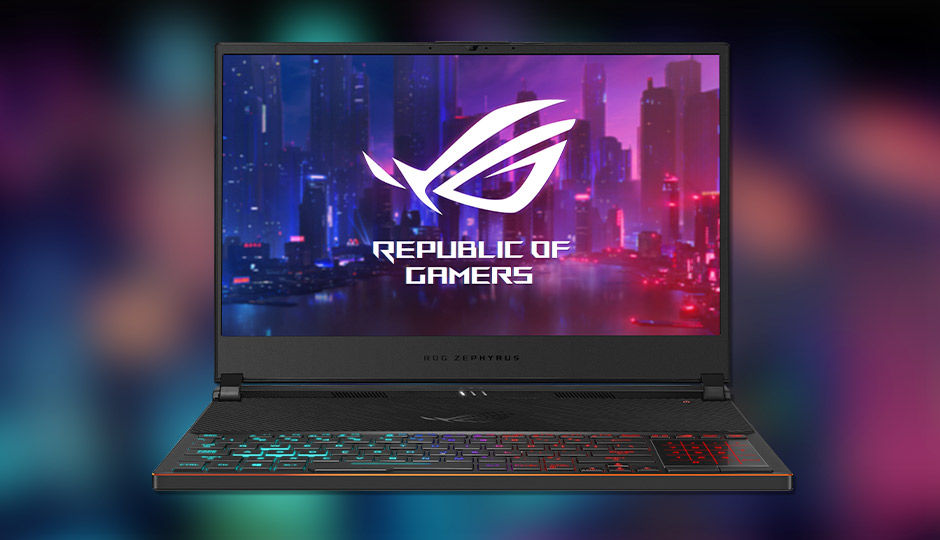 A few days ago, Asus invited a handful of journalists to get their hands on the company’s new laptops, of which, the Asus Zephyrus S (GX531) was of interest. The GX 531, according to Asus, is the world’s thinnest gaming laptop and that is with the Nvidia RTX 2070 (Max-Q) onboard. We got to spend some time with the laptop and here are our first impressions.

The Asus ROG Zephyrus S, unlike the Zephyrus M (GM 501) which had a reasonably placed keyboard, once again utilises the quirky keyboard placement of the original Zephyrus. That is, the keyboard is bottom aligned instead of being top aligned, leaving a lot of empty space at the top. You can see the image below to know what we mean. This space acts as a ventilation shaft for the RTX 2070 that lies just under it, alongside the 8th gen Intel Core i7-8750H processor. 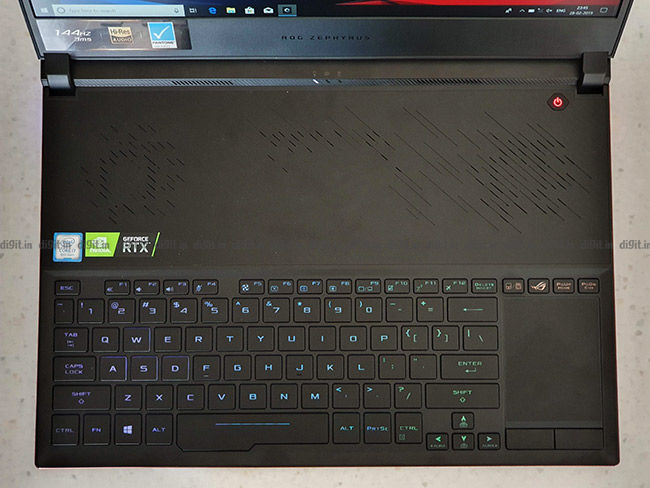 The keyboard itself is interesting, offering decent spacing of the keys, but the trackpad is placed on the right side, where you’d expect the num-pad to be. The numpad is software emulated on the trackpad by the push of a button and while the design and use of space is intelligent, the usability of this form factor remains to be seen. 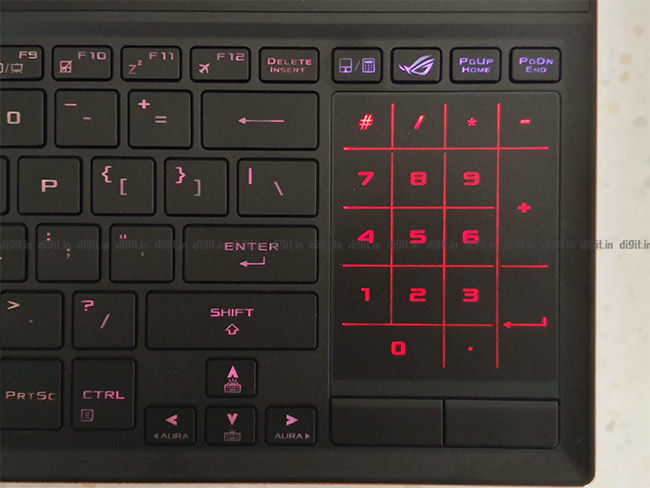 Gaming on the Zephyrus S

Another impressive feature of the GX531 is the fullHD IPS display with a refresh rate of 144Hz. The demo unit we had access to was running Battlefield V and we got to playit  for a short while on it. Thanks to the narrow bezels, it is really easy to get immersed in the gameplay, especially because the Intel Core i7 chip paired with the RTX 2070 Max-Q managed to push out an impressive frame rate of 100fps at the very least. This is at 1080p with Ultra settings. We did notice the fans starting to rev up within the first few minutes of playing, with the twin 12V fans getting pretty loud in some instances. The GX531 comes with the same scissor door panel at the bottom which opens up to allow for better airflow to cool the laptop. 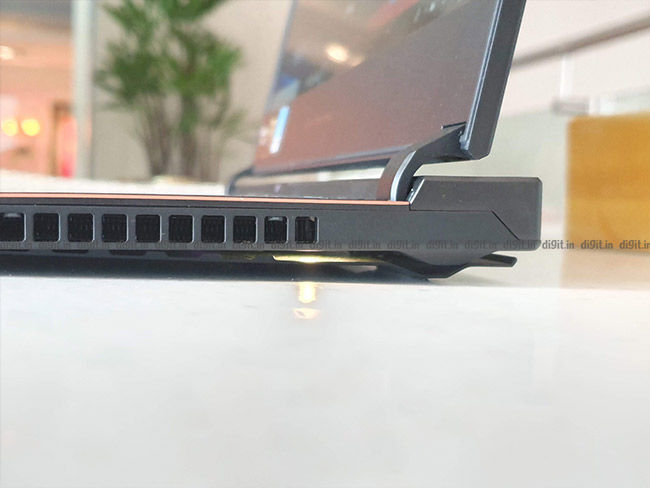 While gaming at the briefing was pretty fun and squabble-free, we do not want to give any affirmative verdict on the performance of the hardware or thermals till we’ve tested the machine out thoroughly.

While handling the machine, it was fascinating to see just how slim Asus has managed to make the GX531. It feels like a solid rectangular block of slick aluminium  that’s undeniably slim at just 15.35~16.15mm thickness. That’s basically the same as two flagship smartphones stacked on top of each other. With a price tag of Rs 2,39,990, the Asus ROG GX531 does cost a pretty penny, but given the hardware it packs and the form factor it manages to pack it all into, the only reason the price wouldn’t be justified is if there are considerable thermal issues. Once we have the laptop in our lab, we will give you a better understanding of the machine’s behaviour.