Ask AMD Anything: Register for our AMA and get your questions about the new Ryzen 5000 series mobile processors live 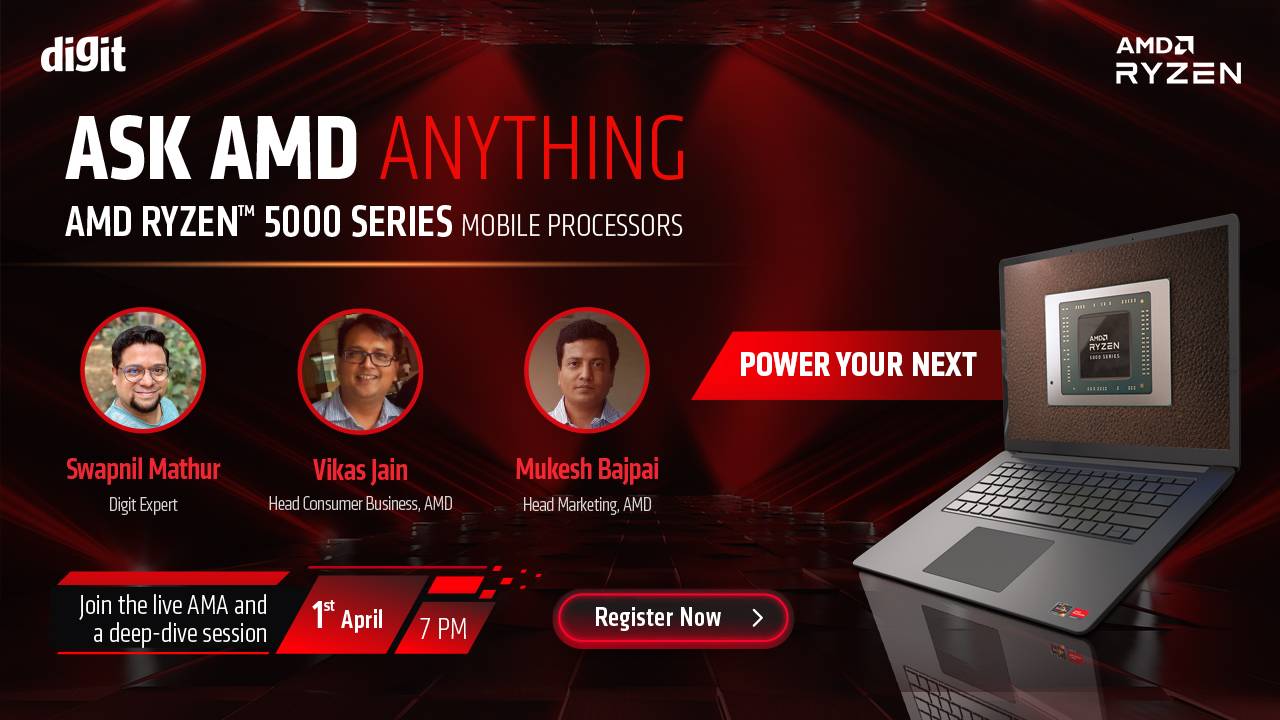 Digit is hosting an AMA with AMD’s Vikas Jain, Head Consumer Business, and Mukesh Bajpai, Head Marketing. Joining them is Swapnil Mathur, Head of Digit Test Center. The AMA will be held on Friday, April 1, 2021 at 7:00pm. During the live session, you will get the chance to clear any questions regarding the Ryzen 5000 series of mobile processors. So click this link and register now!

The new processors are based on AMD's Zen 3 architecture and are manufactured using the 7nm process. AMD notes that the ‘Zen 3’architecture is the most comprehensive design overhaul of the ‘Zen’ era. The company notes that the architecture can extract an average of 19% additional performance from every Mhz of frequency relative to the previous generation architecture.

The AMD Ryzen mobile processors are divided into four main models. The Ryzen 3 series is the starting point for most basic use, while the Ryzen 5 series improves performance for entry-level gaming. The Ryzen 7 series improves performance even further for high-end gaming and productivity. Right at the top is the Ryzen 9 series is for those who want nothing but the best.

But that’s not all, these models are then further divided into separate variants. As a rule of thumb, the larger number denotes a more powerful CPU. So for example, the Ryzen 3 5400U is more powerful than a Ryzen 3 5300U. It should also be noted that each variant of the processor will be denoted with either a ‘U’, ‘H’ or ‘HX’. A U-series Ryzen chipset is specifically designed to be power efficient, while the H-series is

So which processor is the one for you? Should you opt for a U-series or H-series processor? What’s the big deal with core count and thread count? If you have these or any other questions on your mind, then here’s your chance to get answers straight from the horse’s mouth and that too live!