Where have all the girl geeks gone? 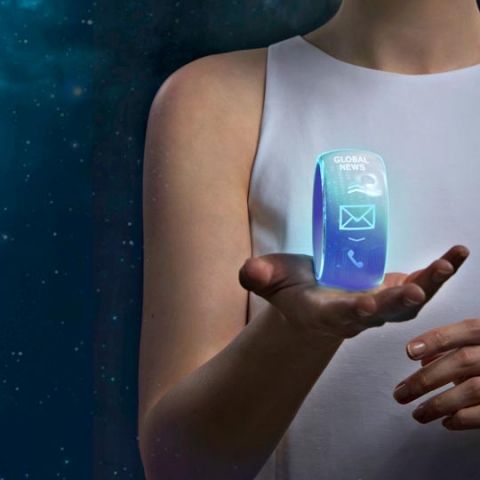 Every year, on March 8, the world celebrates Women’s Day. Also from Armenia to America, various countries recognise March to be Women’s Month. It’s only apt that I take this opportunity to look back upon some of the technological accomplishments of women and why they hold the key to our future. We all remember the successful Mangalyaan mission, when India became the first country to throw something at Mars and make it stick to its orbit on the very first attempt. The biggest revelation in the next few days of the historic feat were the images of exuberant female scientists, aptly dubbed “Rocket Women”, splashed across the pages of major newspapers and screens of news broadcast channels. They weren’t sporting lab coats or anything giving away their profession – apart from an ID badge.

These saree-clad, gajra-wearing women struck a personal chord far greater than Kalpana Chawla’s tragedy or Sunita Williams’ achievements in the past. These weren’t cold, calculating scientists that we expected; they were mothers, daughters, sisters and wives. These ordinary looking yet accomplished ISRO women did something truly extraordinary by successfully reaching for the stars. They became the face of ISRO.  It's not only these who are the "Rocket Women" making a change. They have been excelling in many fields and that's the reason why tech companies as big as Intel, Dell, Amazon, and more, have women on one of their highest posts.

This doesn’t change the fact that the field of technology is still a boy’s playground. Silicon Valley, our generation’s gigantic cauldron of techno wizardry, has a startlingly low number of female participation owing to a culture of selection bias and rampant gender inequality and discrimination. According to a Washington Post report published in Feb 2014, based on the analysis of tech startups and major tech companies, women account for only 14% of the workforce – those occupying engineering roles account for 12.4% of employees. Women represent less than 10% of venture capitalists in Silicon Valley and contribute to just 1.2% of open source software development. These numbers wouldn’t be more damning if I didn’t have this theory while growing up that when it comes to engineering, girls only opt for “boutique courses”, meaning they’re more likely to be found studying Computer Science, IT and Electronics rather than Mechanical, Civil, Chemical or Metallurgical Engineering,  for instance.

Of course, this doesn’t change the fact that their participation numbers are still low to begin with. Year after year, we see girls outscoring boys in SSC and HSC exams – both, at the state and national level. But why doesn’t this translate into greater participation at the workforce? Unfortunately, the “gang of guys” syndrome exists at every level of our society, so guys need to grow up and work towards correcting this trend. Research conducted in Europe and the US suggests that companies with at least one female board member tend to be more profitable as compared to those who have none.

Either that, or companies who are more inclusive, more gender sensitive, tend to be more successful and profitable. Whichever way you look at it, giving more women the opportunity to succeed is a no-brainer win-win proposition by most indicators. And the field of technology and its applications can greatly benefit from women’s perspectives. Time for some geek girls to step in and provide some balance and much needed perspective by using technology to help solve the world’s ‘real’ problems – poverty, healthcare, food security, water and other similar issues.

All of us in the world of technology have felt the pace of innovation stagnating and slowing down – how about attributing this to the failure of a group of men unable to think out of the box? How about allowing women entrepreneurs to rethink solutions to the problem of this slowing pace of tech innovations? We may not find an answer unless we gave them a fair shot. Ultimately, the idea behind increased women’s representation in tech companies shouldn’t just be about better profits or innovations. It should be about doing the right thing, not just for the sake of women but for all of us who’re deprived of their uninhibited genius.