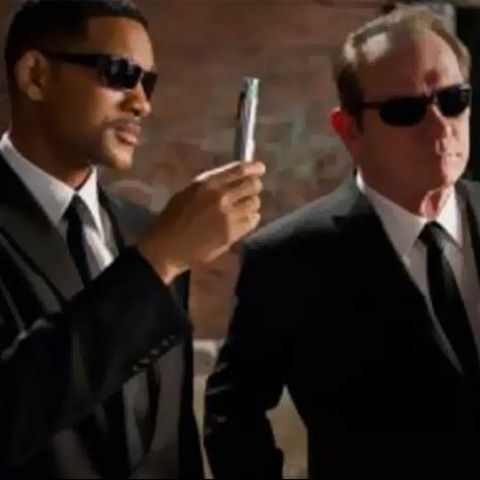 Movies have always inspired us. The advancement in technology has brought our most innovative imaginations to the silver screen. What good are boys without their toys? Movies have brought us the best computers, futuristic AI, time travel and many more desirable gadgets.

It has always been our desire to see the gadgets we love in films to translate into reality. We saw one of the first ever tablets in ‘2001: A Space Odyssey’ and today, we have at our disposal, the iPad. We saw the first watch phone makes its appearance in Dick Tracy and today, the device exists for consumers to use.

So today, we list for you the gadgets that still need to translate from the film fantasy world into reality. 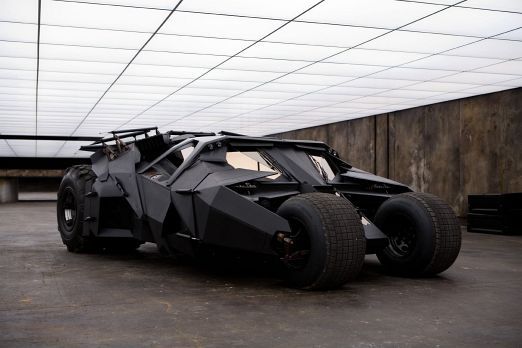 The one name synonym to gadget man is Batman (yes we know Iron Man too has gadgets but let us face it, Batman has his share of cool toys). His gadgets have made a mark not only in the comic book world, but in the animated series, video games and the movies.

Christopher Nolan’s re-imagination of Batman introduced the best Bat-Mobile by far – the tumbler. Not only can the vehicle be defined as a “black tank” that “flies on rooftops” but also when destroyed, the cape crusader ejects out of the vehicle in style on a Bat Pod (the cool motorcycle).

It’s got the power, it’s got the guns and it is definitely a showstopper. In the words of Jim Gordon, “I’ve got to get me one of those!”

Spider-Man’s mechanical web shooters saw the light of day in Mark Webb’s reboot – the Amazing Spider-Man. The movie may not be the best in Spideys timeline but the web shooters were brilliant. They are small, compact and above all, have the potential to save you from the every day traffic jam!

If swinging through town isn’t your way of getting to work, you might want to say “beam me up Scotty!” Probably one of the best Sci-Fi inventions yet, we can’t wait for the Star Trek teleporter to make its way into reality. Then reaching your destination will just be a beam away. 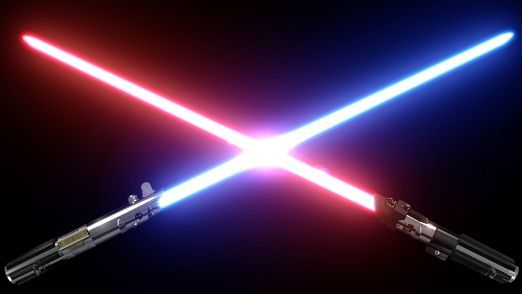 The ultimate weapon in the world is undoubtedly the Jedi Master’s light saber. Sure we have seen the Spyder 3 arctic laser that has an uncanny resemblance to the Jedi masters weapon but it still isn’t the same. 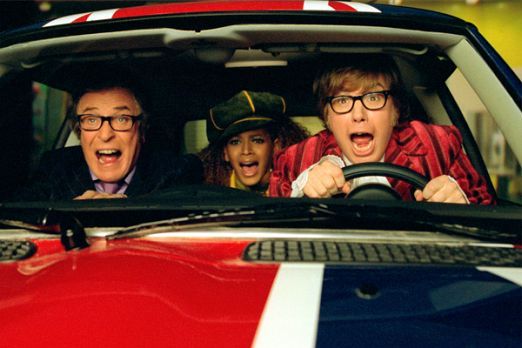 The Mini Cooper is a very cute car. It is one that most of us would like to drive. But Austin Powers not only drives his car on road but under water as well. Yes, we have seen vehicles that can be driven on road and on water but how many can be driven underwater? Groovy right? 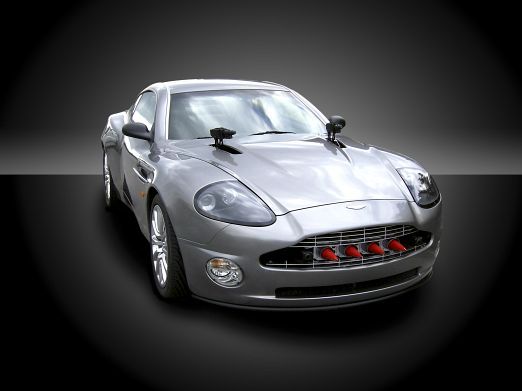 Ok, the Mini Cooper may not appeal to all, especially if you are a James Bond fan. If you drove your Aston Martin Vanquish in front of Agent 007, here’s what your car would be incapable of doing. For starters it wouldn't be invisible. Besides that James Bond’s Aston Martin has all the usual assortment of tech - eject seat, torpedoes, target seeking shotgun and of course tires that repair themselves. What can your Vanquish do again?

Batman may have the ultimate gadgets his costume doesn't match up to Iron Man’s Mark VII armour. Why? Well for starters, the Mark VII uses a laser-scannable pattern reading system, and functions as a non-gantry armour capable of near instant application. It has over four additional thruster systems, and is equipped with over 92 computerized high-explosive micromissiles, two individual triple-barreled laser modules, and a single high-explosive anti-armor missiles, as well as upgraded plasma chargers, allowing for higher repulsor rates. All Batman has is a bulletproof armour with a cape made from memory cloth! Did we mention the Iron Man’s suit could fly? 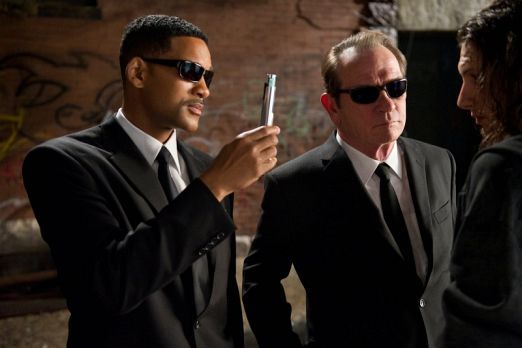 Get caught doing something you weren’t meant to? Just neuralyze the person with this memory-wiping gadget from the Men In Black. I’m sure at some point or another in our life we have wanted to get our hands on this device to strategically “erase” the memory of our dear loved ones or even our enemies. So, now you probably know why this gadget is off limits for civilians. 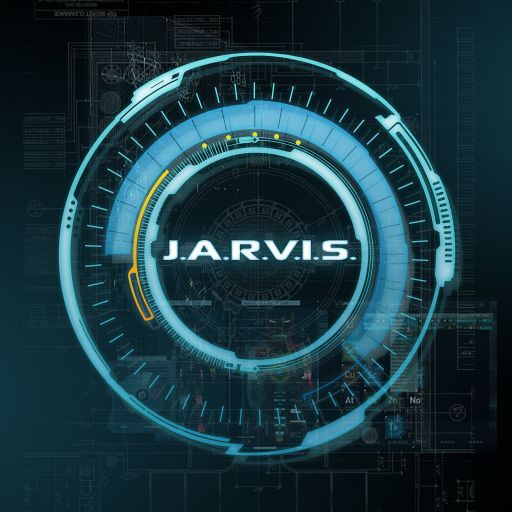 All right. Apple may have given us Siri and Micromax has Aisha but they aren’t as smart as Jarvis. Jarvis is Iron Man’s AI personal assistant. He takes care of Tony Stark’s house, cars and is of course an integral part of the Iron Man suit. Jarvis is capable of taking care of all of Mr. Starks need except of course replacing the kitchen sink. He is efficient to the point that he can make phone calls straight out of the Iron Man suit. Jarvis, we are eagerly waiting for you to become a reality. 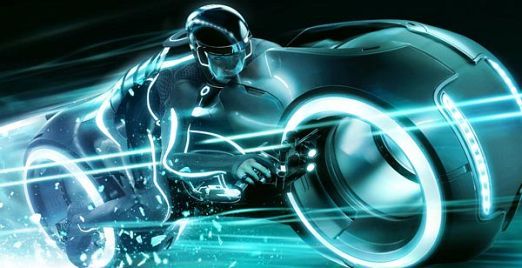 Any biker will tell you that a Ducati is the best motorcycle to buy. The fact is reassured to us in the movie, Tron Legacy. In the beginning of the movie, Flynn rides the Ducati 750 SS Classic and Sam Flynn rides the Ducati Sports Classic 1000 S. But that's not the bike we want from the movie. The one we would really like to get our hands on is the Light Cycle. It is a simple rod that expands and covers the rider converting itself into a motorcycle. When you are done, the bike encloses itself in the rod once again.

Apart from functioning like a very cool bike, the Light Cycle creates a hazard whereby one light cycle could be forced to crash into the jetwall of another, causing the victim to de-rez along with their light cycle. Fortunately, this only happens on the gaming grid.

There you have it. Our list of top 10 movie gadgets that we would like to see make it to reality. Shortlisting 10 was really tough. Some of the gadgets that didn't make the cut were the Matrix (yes the complete system), Mr. India’s invisibility band, the Delorean from Back to the Future, Johnny English’s camera gun and Bruce Wayne’s mini EMP disrupter from the Dark Knight Rises.

What do you think of our list? Which are your favourite movie gadgets that you would like to see in real life. Let us know in the comments section below.

Digit Zero1 Awards 2021: The Best Performing Gadgets of the Year
Google Search now has dark mode on desktop and here's how to activate it
Amazon Great Freedom Festival sale Quiz- Win smartphones, gadgets and more
CBSE 12th Result 2021: How to check results and download mark sheet from DigiLocker
Intel says that we do not have enough computing power to sustain an immersive metaverse
Advertisements