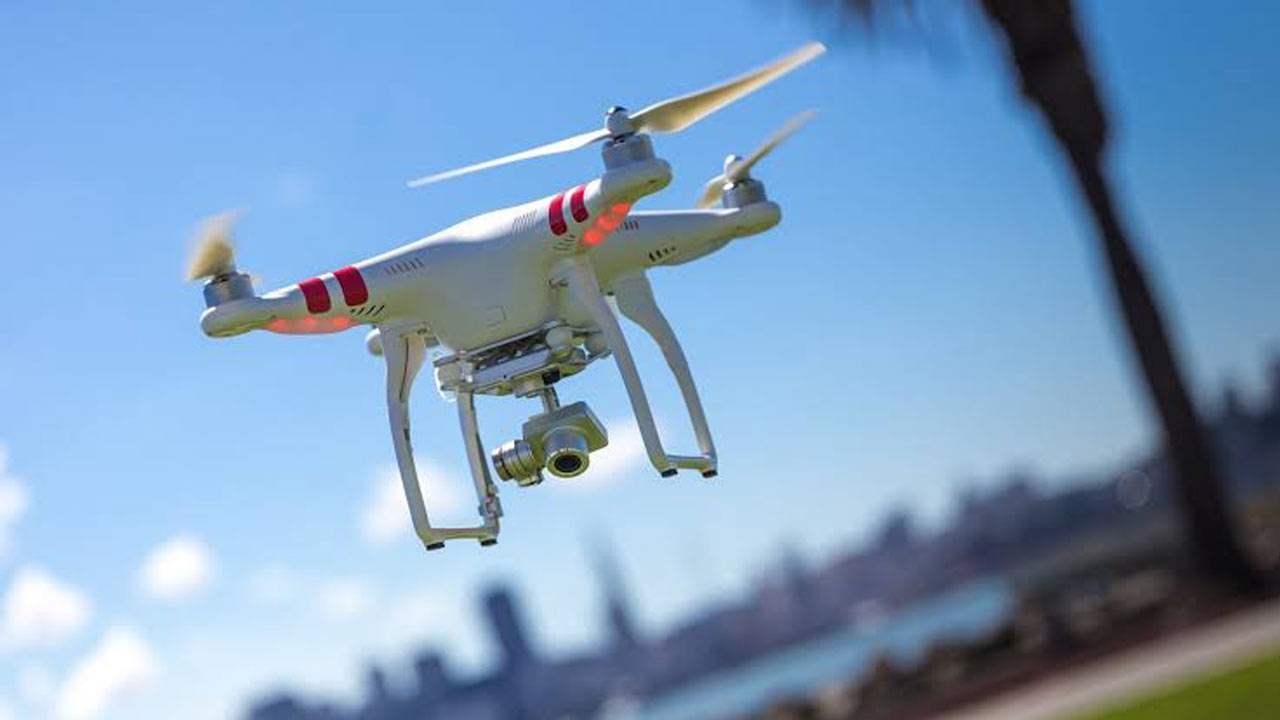 The story of the attraction between people and being airborne has been told too often. Even if one isn’t flying themselves, flying objects, especially ones we can control have always attracted us. From fun childhood activities like flying paper aeroplanes and kites, the attraction quite naturally flows towards more sophisticated objects capable of flying today. Drones, quadcopters, UAVs – call them whatever suits your purpose but there’s no denying that they have arrived on our shores. While other cover stories in this issue will explore bigger application areas like the military and some really impressive work being done by startups and big companies alike, this one is all about finding out that when it comes to drones, what exactly is happening at the ground level all around you and how can you get involved in the drone scene in India. Let us take you through the drone enthusiast scene in India on the road to becoming one yourself!

Before you start off, you need to decide what kind of a drone enthusiast you are. The Indian scene – just like any other drone scene in the world – comprises two types of drone geeks. The first kind likes to build the drones from scratch and then fly them, and the second kind gets a pre-made commercial drone and delves into the joy of flying it. Choosing your destination from here will decide which path you trod on, but fear not, we’ll take you on a tour of both.

Drone operation is such a practical experience-oriented task that it is impossible or ill-advised to go ahead with partial knowledge of how things work. So before you buy your drone or start building one, you should work on getting to know all you can about them. A few years back, the only way you could increase your knowledge about drones would be to use the internet. Right now there are a number of organisations that conduct drone workshops conducted across the country that you can attend for free or by paying a small amount of money. 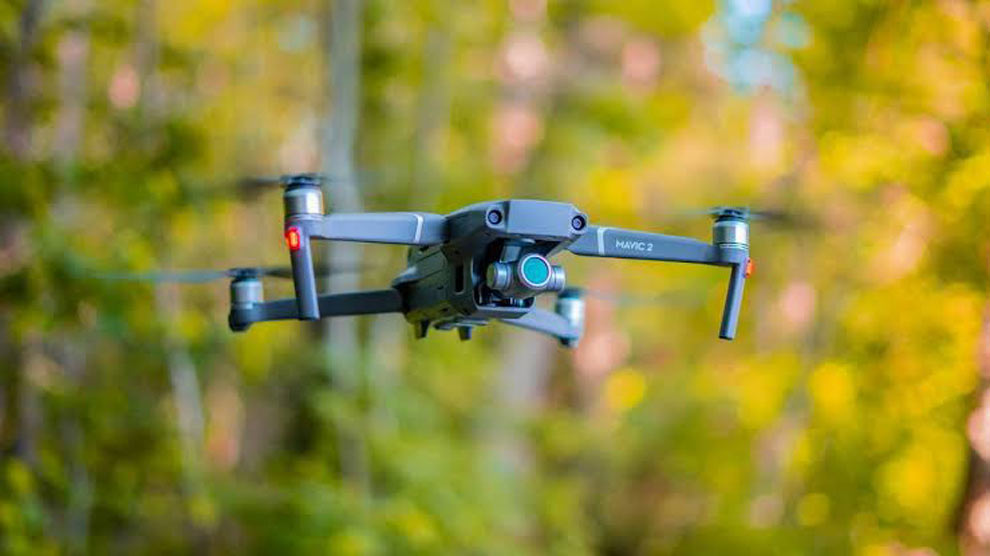 These workshops can range across teaching you the basics of aviation to getting you through your own drone build, including the regulations that govern such activities in India. One such company is Skyfilabs, based out of Bangalore. They conduct all kinds of training in technology which includes a range of workshops around drones of multiple kinds. A couple of other organisations like this would be Indian Academy of Drones and the Indian Institute of Drones. Both of them offer training from ex-military drone operators and are recognised by the DGCA.

Also, if you enjoy discovering the internal workings and mechanisms of drones, you can visit the blog site of RC Geeks. Along with featuring the latest news and events around drones across the world, they also perform Teardowns on drones where they take apart them apart and give us a peek into the technologies that lie within. Alongside, you will also find numerous tutorials surrounding drones.

If getting into a classroom and learning about drones is not your thing, there could be no better way to delve into drones than with fellow enthusiasts. Even if you did go for a proper course, once it is over, it is important for your passion for drones that you keep in touch with the drone community to stay up to date with the latest happenings, like new hardware upgrades, newer software platforms and tools, etc. No matter where you start looking, one name in this respect that is bound to come up is the India Drone Racing League.

Set up by Karan Kamdar in 2014 after he moved to India from the US, the organisation now boasts of more than a thousand registered drone racing pilots in the country. It also has tie-ups with a number of colleges and institutes in the country to organise events so you should definitely check them out. In fact, going to their website will let you register to be a part of their community and you could even bring them to your college if they don’t
already go there. As a member of IDRL, getting permissions for flying your own drone would become easier as well.

Beyond this, there are the usual Facebook and Telegram groups that you could be a part of. Being a part of the community will also help you with one very important aspect of enthusiast-level drone operation – sourcing your parts.

So how do you get a drone, or get the parts to build one? This is where the Indian scene gets complicated and expensive. Why expensive? A couple of reasons – importing electronic components from abroad comes at the added burden of import taxes, as well as the multiple registration fees that you will have to cough up to be able to legally fly your drone in India. For instance, a DJI Spark would cost about Rs 30,000 in India – that’s a drone that can do 500ft and manage just 16 minutes of flight time. However, registering the drone can cost an additional Rs 1,000 and getting an Unmanned Aircraft Operator Permit (UAOP) can mean another Rs 25,000 out of your pocket. Cheaper nano drones in the Rs 5,000-10,000 range do not require much paperwork but it is still advisable to inform local authorities before you decide to fly it out on your own.

Now, with that being said, let’s move on to where you can buy your drone, or parts to build one, in India. For pre-made nano drones, you can try online stores like Flipkart or Amazon, and even offline stores like Hamleys. Quadkopters.com is a good website in India for all things multirotor. You can get all kinds of
parts, including motors, cameras, antennae, propellers, power housing, frames and more directly shipped to your place at Indian pricing. They have also tied up with international suppliers to provide components from foreign shores to you directly at USD prices, shipped via GATI. If you intend to build your quadcopter and have a design in mind, this website is unlikely to disappoint you.

You can also head to the community market for IDRL at dgit.in/IDRLMarket. Here you’ll find members of the IDRL community putting up all kinds of drone-related stuff for sale, like new and used parts, drones, custom drone builds and more.

There’s a vibrant ecosystem that has developed around drones and quadcopter flying in India. The number of professional pilots in the country is rising as companies are looking for more drone operators in areas like logistics, surveillance, event coverage and more. The only place they can actually get experts who can fly drones for them is the pool of enthusiasts that comprises India’s drone enthusiast community. Many of these individuals today make their skills available as freelancers to interested parties. A freelance pilot can make as much as 6k to 15k for one day, and if they bring their own drone, that number can go upwards of a lakh. However, the new drone regulations and the compliance requirements that they bring with themselves are throwing a metaphorical spanner into the rotor blades of their activities. Requirements for advance application for permission, rebuilding or reworking existing drones to be compliant to the new regulations and other such restrictions are, at the very least, putting the community in a very confused state, despite the apparent benefits for commercial drones in India.

The KFConsole will keep your KFC chicken hot while you enjoy playing games
Xiaomi launches Mi Smart Projector 2 Pro, Wireless charging pad and Mi AX9000 gaming router
Indian govt announces Centre of Excellence in gaming in collaboration with IIT Bombay
IT Rules 2021 and the need to regulate social media platforms: What it means for you
Sandes and Samvad messaging apps being developed by Indian government as WhatsApp alternatives
Advertisements