Who wouldn't want to buy a new and shiny phone that packs all the bells and whistles they could want? Premium smartphones offer just that. While you may have to pay more for them, the end product is worth it. Not only do they offer you a lot of cutting-edge features, but they look pretty good as well.

If you have been holding off from buying a new premium smartphone, then the Flipkart Big Billion Days sale might be just the right time to do so. Flipkart notes that it has seen almost a 2X jump over last year in its premium smartphone customer base, which shows how well Flipkart is able to cater to these customers. The Big billion day that is from 3rd October- 10 October, has a host of offers for its consumers across price segments. Flipkart already has lots of options to choose from popular brands such as Apple, OPPO, Google Pixel, Motorola, realme, vivo, Samsung amongst others. Along with the attractive discounts that one can expect during the Big Billion Days sale, the whole thing seems quite tempting!

Before we get to the deals, let’s look at a few ways Flipkart is making sure that its consumers get the best deals during this Big Billion Day sale. Aside from offering No Cost EMI, and exchange, it will also offer a 10% discount on ICICI and Axis bank credit and debit cards, and cashback on Paytm transactions.

Buyers can also buy their smartphone using the  Flipkart Smart Upgrade Plan, that allows users to purchase a smartphone for 70% of its value upfront and then after one year, they can then either return the phone, or keep it permanently after paying the remaining 30%. Of course, it should be noted that the option is available for select phones and users will have to complete a KYC process in order to avail the option. This super saving plan is available on a wide range of models including the realme 8s, Motorola Edge 20 series, OPPO Reno6 series, realme GT series, realme X series and more.

What makes this deal even sweeter is that you can get the smartphone of your choice in just 90 mins, using Flipkart Quick that allows for 90 minute delivery in over 12 cities in India. Cities covered through Flipkart Quick are Bangalore, Hyderabad, Delhi, Pune, Chennai, Mumbai, Kolkata, Ahmedabad, Noida, Gurugram, Ghaziabad and Panchkula, with new cities added every day!

So that’s enough of that, let’s look at some of the best premium smartphone deals you can avail during the Flipkart Big Billion Days sale. 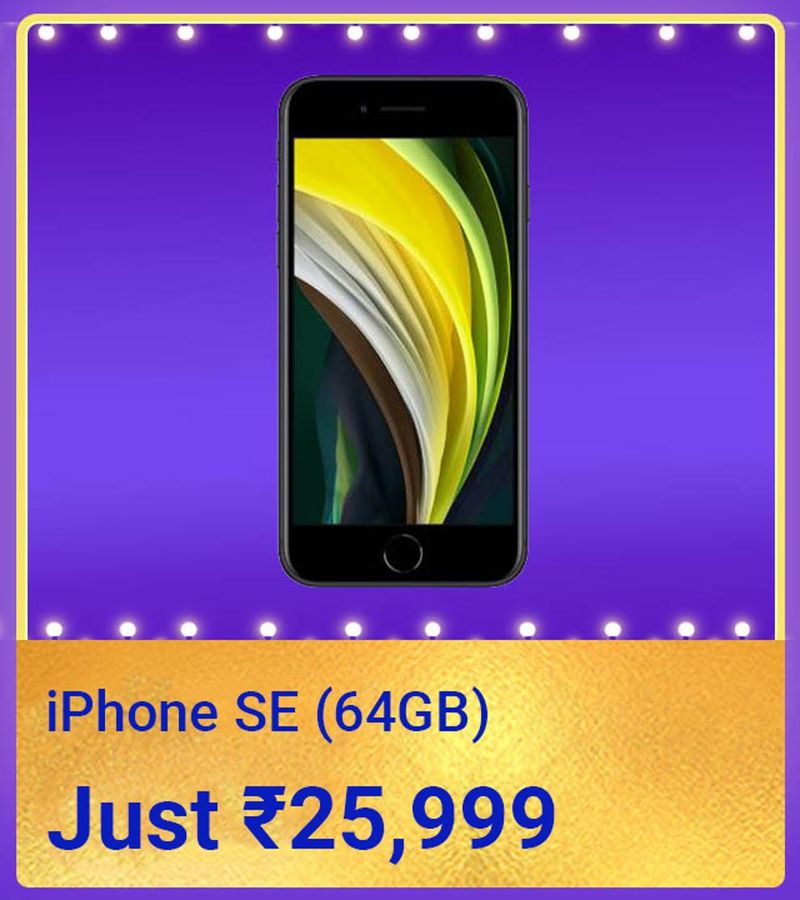 The iPhone SE may be the most affordable option in Apple’s 2020 lineup of phones, but it still manages to pack quite a punch. That is all down to the powerful A13 Bionic processor that powers this device. It comes with a compact 4.7-inch Retina HD display and a single 12MP rear camera. It also comes with TouchID. 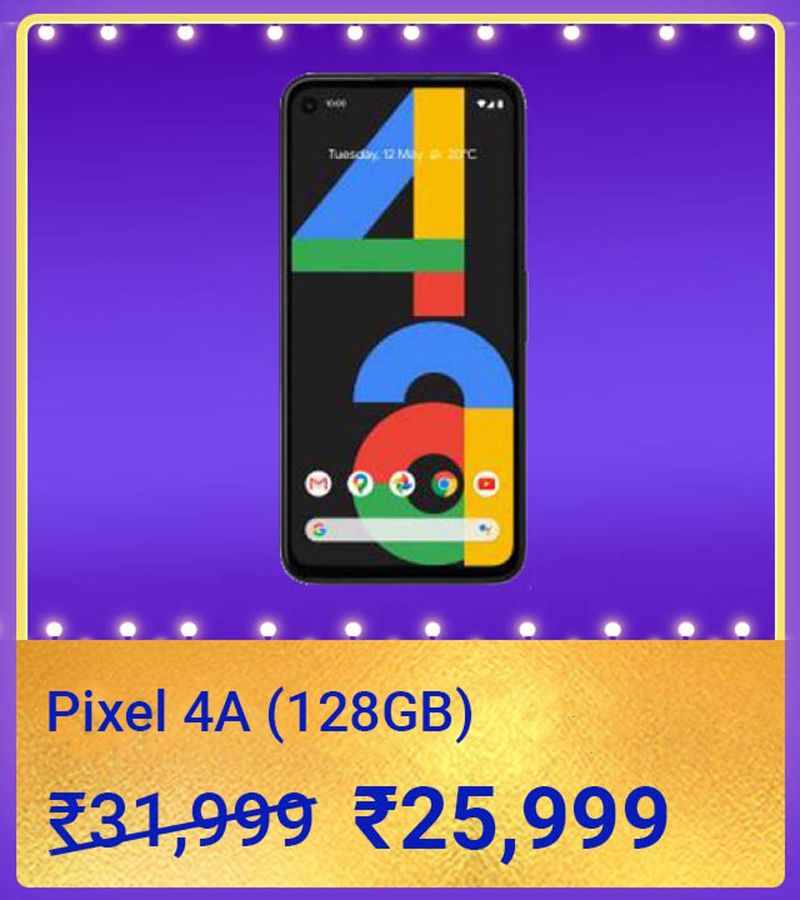 The Google Pixel 4a sports a reasonably compact 5.81-inch Full HD display and is powered by a Qualcomm Snapdragon 730 chipset. However, what really stands out is the single 12.2MP rear camera. Thanks to a lot of software tweaking, the Pixel 4a takes photos that are on par with most other flagship-grade devices. 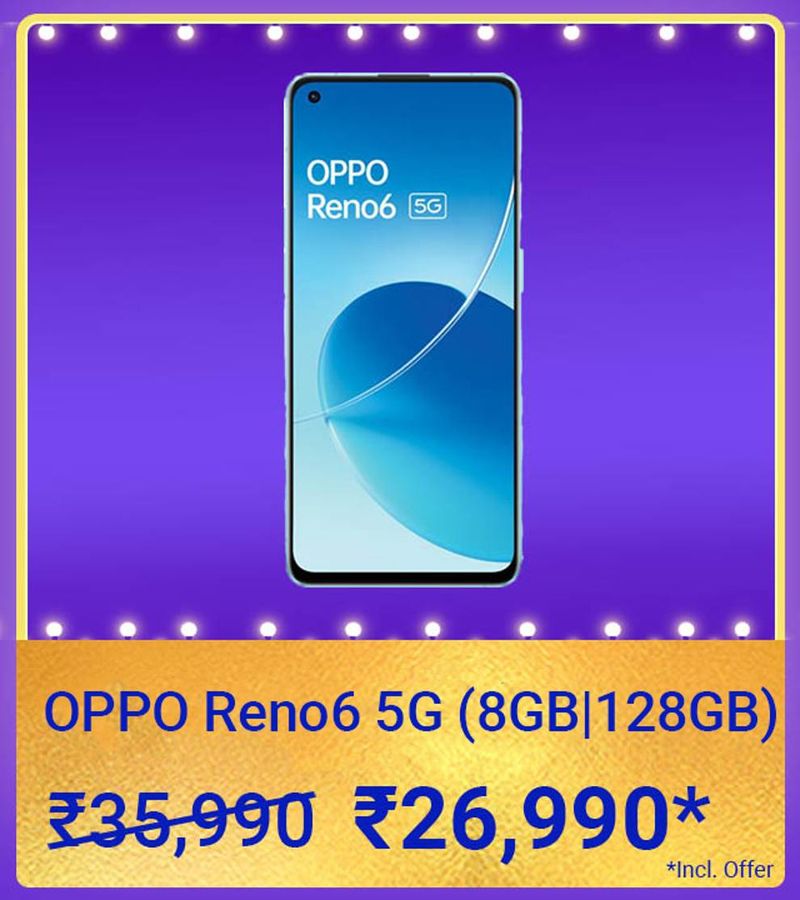 OPPO smartphones tend to offer pretty impressive value and the OPPO Reno6 5G is no different. As the name would suggest, the phone supports 5G bands, which adds a degree of future proofing. It packs a 6.53-inch Full HD+ display and is powered by a MediaTek Dimensity 900 SoC. At the back is a 64MP triple-camera setup. A notable feature of the phone is the 65W Super VOOC 2.0 charging technology.
*with smartphone exchange 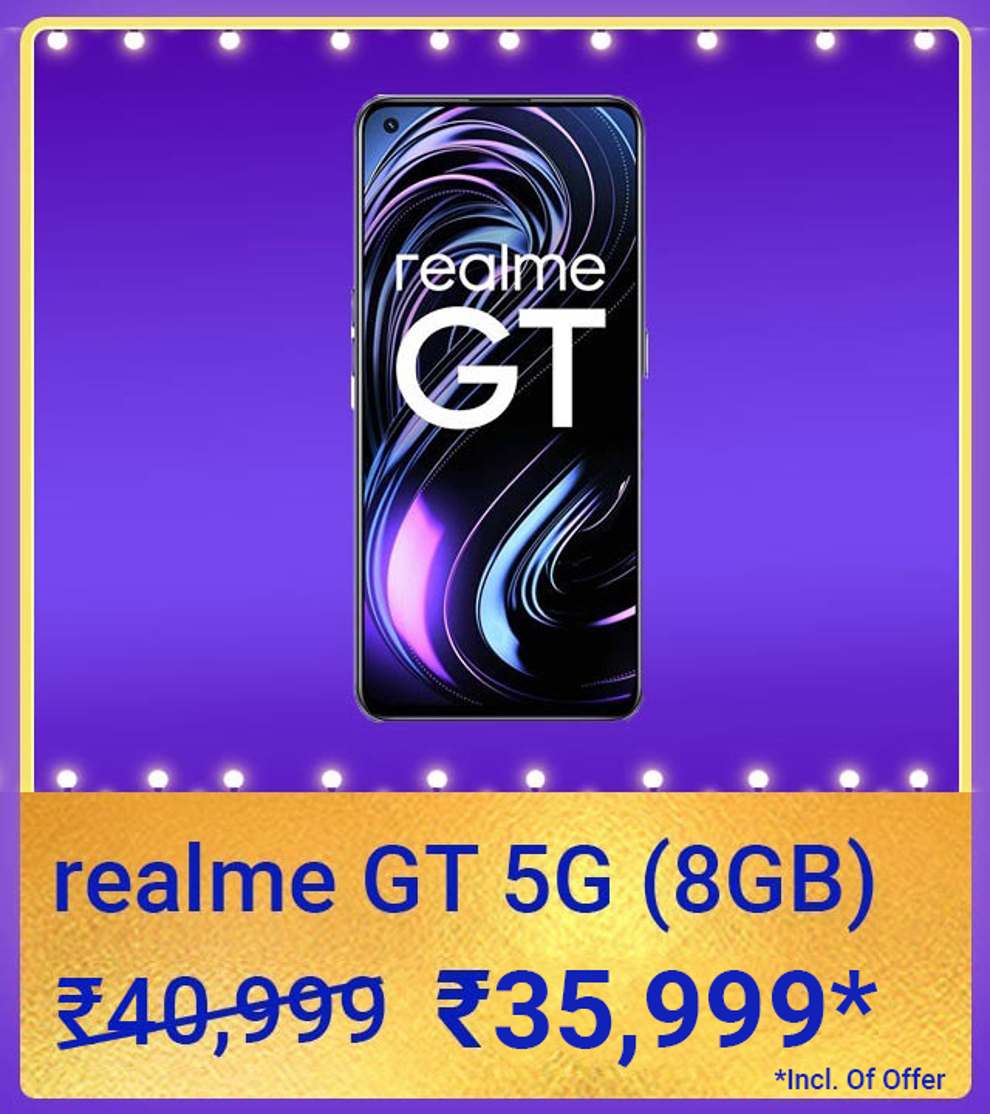 The Realme GT 5G is all about power. The smartphone packs a flagship-grade Qualcomm Snapdragon 888 SoC. This means that the phone should easily handle resource-intensive tasks such as gaming. It also packs a 6.43-inch FHD+ display with a punch-hole cutout for the 16MP front camera in the corner. On the back is a 64MP triple-camera setup. 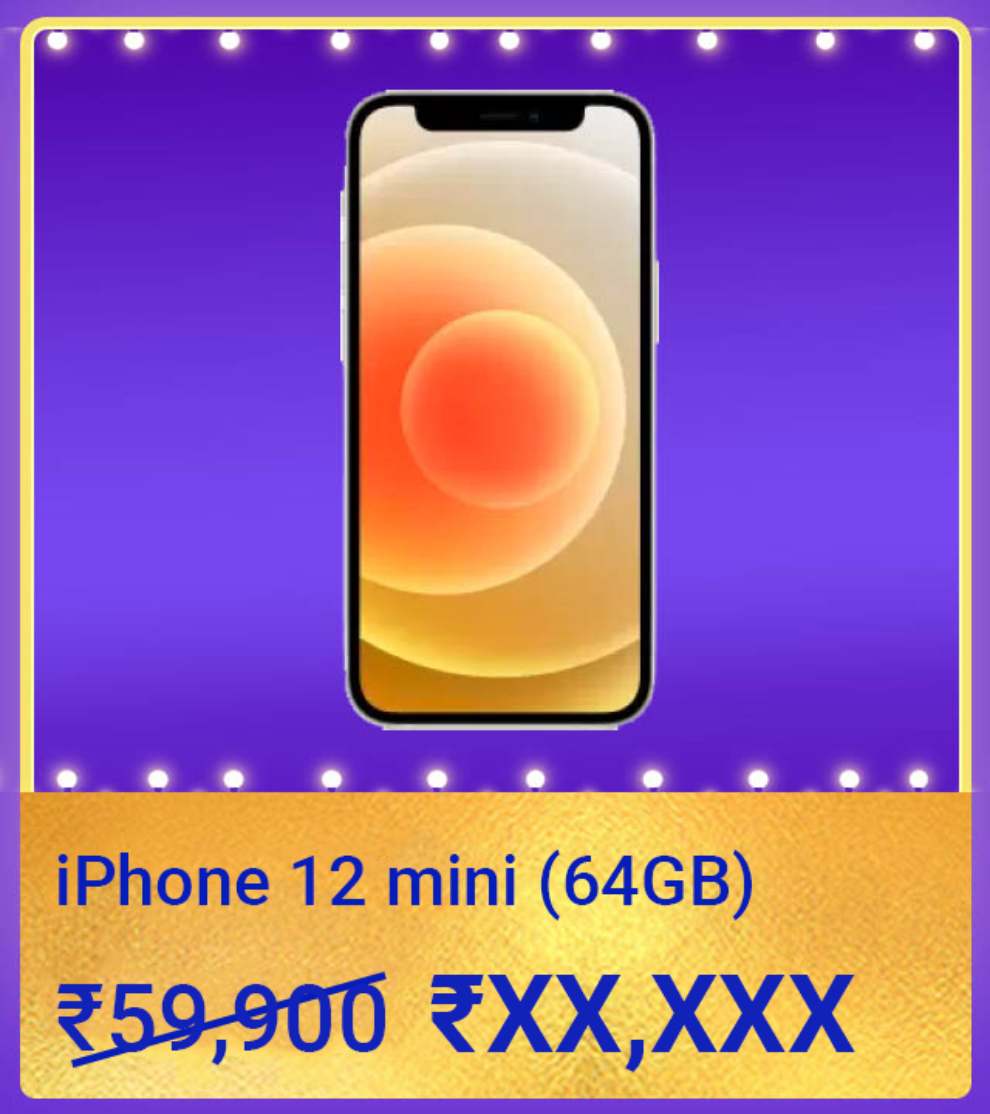 The iPhone 12 Mini takes what’s good about the standard iPhone 12, and shrinks it down to a more compact form factor. The phone packs a reasonably compact 5.4-inch Super Retina XDR display and is powered by the A14 Bionic chipset. On the back is a dual 12MP camera setup, while on the front is a single 12MP unit. The phone also comes with Apple’s Ceramic Shield for added toughness.

Aside from all these, you’ll also see deals on the following devices: 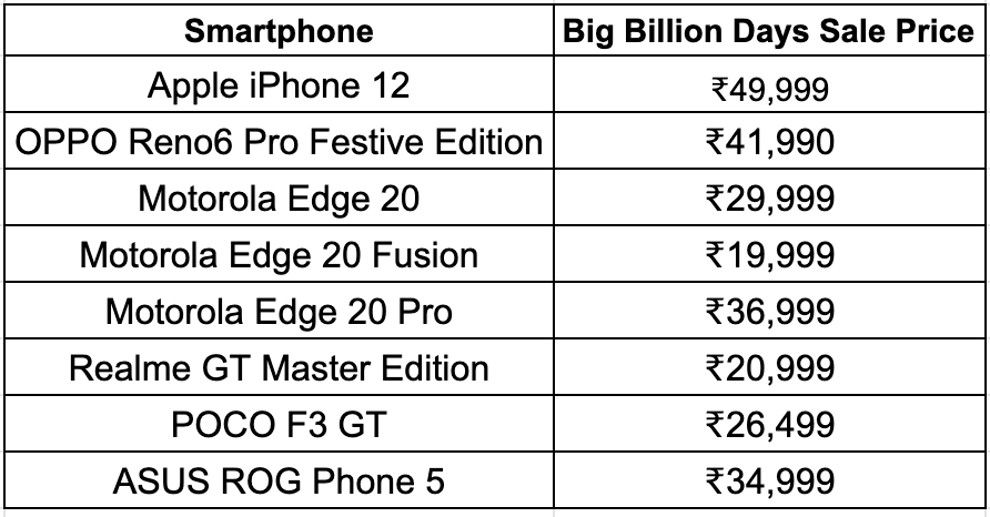 Of course, there are a lot more smartphone deals you can avail of during the Flipkart Big Billion Days sale. You can check them all out here.