GST impact on consumer technology: Here’s what will happen to prices of smartphones, TVs, ACs, refrigerators, other tech goods and services 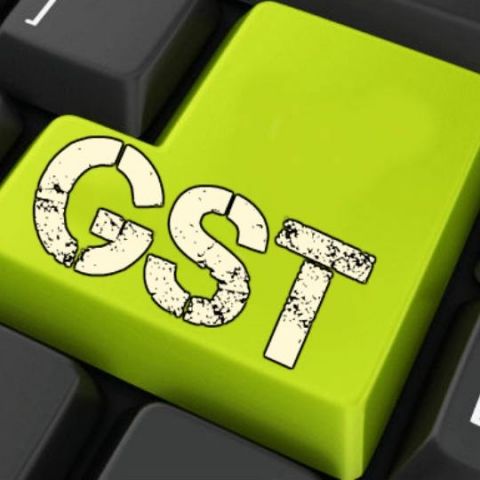 The Goods and Services Tax (GST) is all set to be adopted across India on July 1. Earlier this month, the GST Council categorised over 1200 goods and 500 services under four different tax slabs - 5%, 12%, 18% and 28%. Where does that leave the technology consumer? Will your next gadget purchase get cheaper or more expensive? How will GST impact app-based cab services? Should you hold-off buying electronic appliances right now, or should you act quick before prices shoot up? Here’s a quick guide to the impact of GST on your tech life.

Smartphones are set to get cheaper in the next few months thanks to GST. The current tax incidence on smartphones is higher than 13.5 per cent. The GST Council has categorised them under the 12% tax slab and this will automatically bring smartphone prices down. Parts used to manufacture smartphones are also categorised under the proposed 12% tax slab. This, combined with relaxations under the government’s Make In India initiative, will further help reduce brand-specific smartphone prices. On the other hand, telephone sets, landline and any other apparatus for the transmission or reception of voice, images or other data, including apparatus for communication in a wired or wireless network will come under the 18 per cent tax slab.

All of the above mentioned consumer durables are set to get more expensive. After July 1, prices of televisions, ACs, all types of washing machines, refrigerators and more will get inflated, as the goods will now come under the highest tax slab of 28 per cent. Prices of these goods are expected to go up by 4 per cent or more. Other smaller home appliances such as mixers, juicers, toasters, electric irons, etc will also get more expensive as all of these now come under the 28 per cent GST bracket, one of the highest in the world for products of their kind. However, prices of durables like TVs, ACs and more, will come down in Mumbai, where they attracted an additional octroi of 5% earlier.

Cameras of any kind including television cameras, digital cameras, video cameras, recorders and projectors will come under the highest tax slab in GST. These will attract a levy of 28 per cent post the implementation of GST. Speakers, loudspeakers and Monitors will also come under the 28 per cent tax bracket starting July 1.

Taking an Uber or OLA ride will become marginally cheaper as tax on these services will come down from 6 per cent to 5 per cent under the GST regime.

It will be beneficial for consumers to buy solar powered devices post the implementation of GST. Solar water heaters, lamps, lights and other such devices will come under the lowest, 5 per cent GST bracket.

Phone bills are expected to shoot up as the current tax on these services stands at 15%. The upcoming GST will add another three percentage points to telephone bills, thereby decreasing profitability of telcos further. With the new implementation of GST, if you have been paying a phone bill of Rs 1,000 right now, your bill will increase by another Rs 30. Additionally, for prepaid users, while a recharge of Rs. 100 gives Rs. 85 of talk-time today, you will only get Rs. 82 as talktime after GST is imposed.

Following are the GST rates for other electronic items, devices and gadgets.

Portable electric lamps designed to function by their own source of energy, water heaters,hair dryers, curlers - 28 per cent

Amazon Great Indian Festival Happiness Upgrade Days 2021: Best deals and offers on mobiles
Amazon Great Indian Festival sale 2021: Upto 70% off on laptops, headphones, tablets and electronics
We talk to Akshay Ahuja from Amazon India on the eCommerce giants impressive growth in the consumer electronics space and the big bets for the future
Vibrations from a motorcycle engine can damage your iPhone cameras
Samsung can remotely disable its TVs acquired by unlawful means
Advertisements