Digit at Computex 2010: a montage of the coolest gadgets [Part 1] 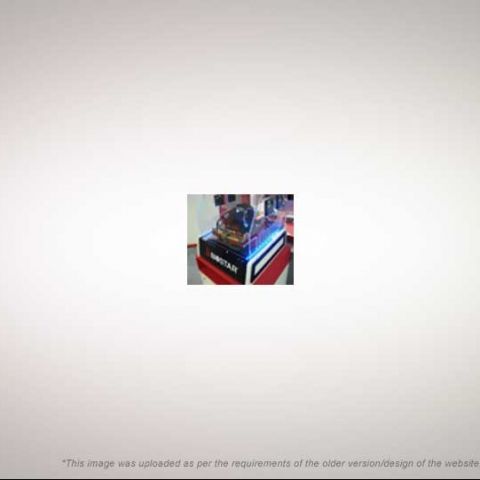 A montage of some of the coolest gadgets at one of the happiest hunting grounds for tech-geeks, Computex 2010, that just concluded in neon-vivid Taipei. We've tried to categorize them, but it was a veritable explosion of applied computer science. Stay tuned for Part 2! 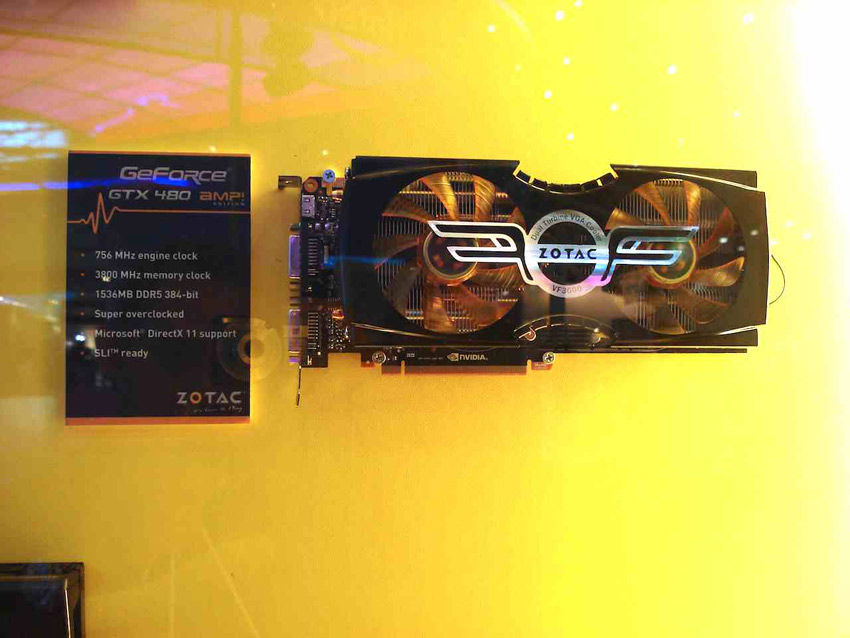 ZOTAC: The brand that has risen through the ranks, once a minnow, now regarded worldwide – they really make some superb graphics cards The card we’ve all been waiting for, but are yet to see – superb cooling meets an over-clocked GTX 480. 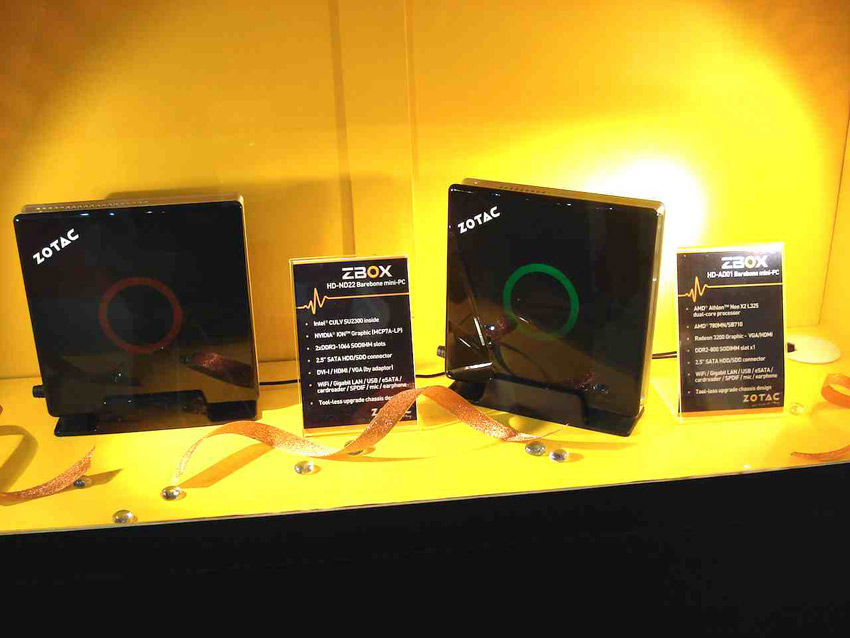 ZOTAC: The slew of mini-ITX offerings continues, we have an Intel CULV SU 2300-based system on the left and an AMD Athlon Neo X2-based one on the right ZOTAC: Mini-ITX meets H55 – since the CPU already has an Intel-integrated graphics system, one needn’t worry about the huge CPU cooler blocking the PCIe slot! 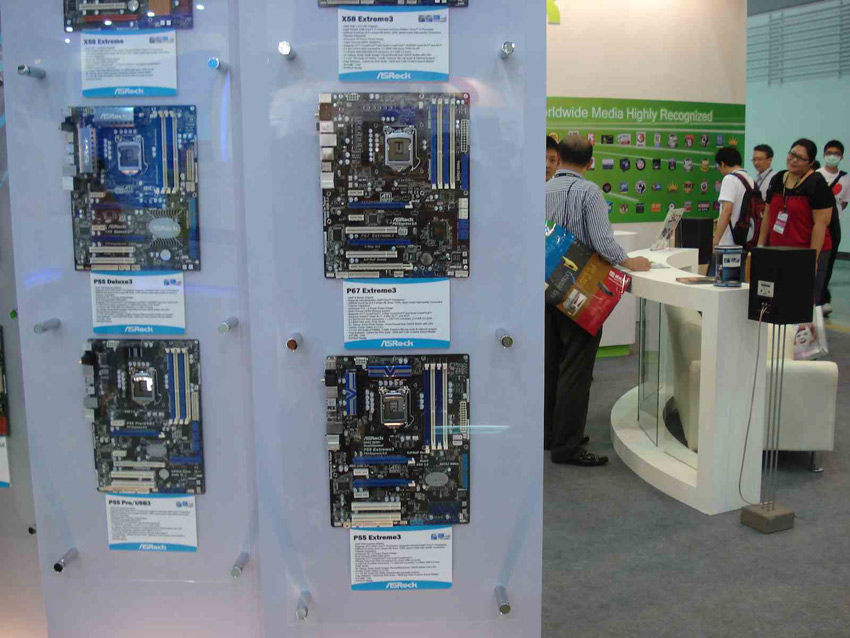 ASROCK: For some considered the best value proposition, given that they are a part of the mighty ASUS. Value aside, they have some extremely well built-looking motherboards, that we are yet to test. 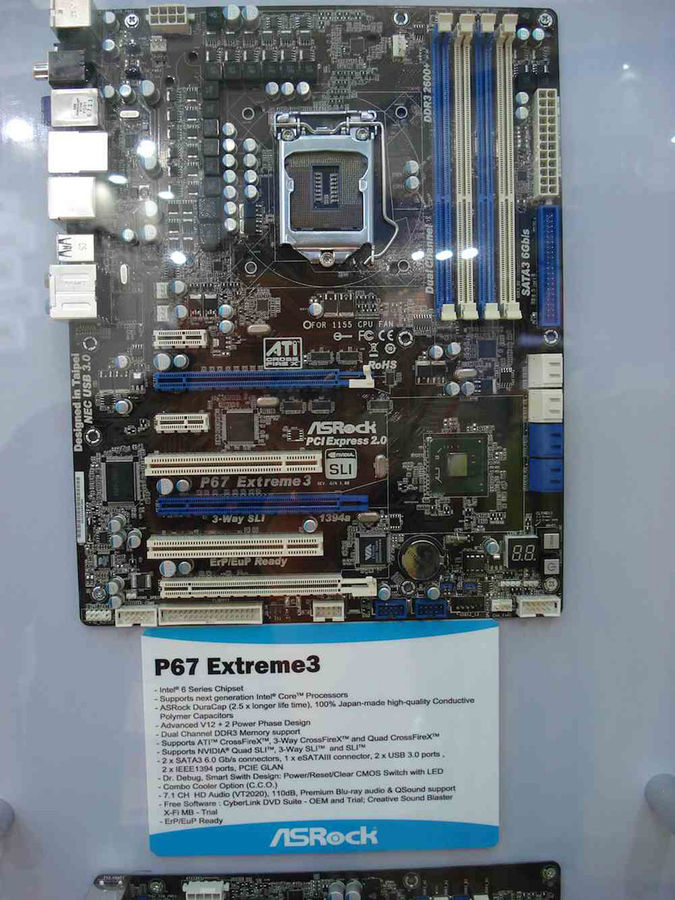 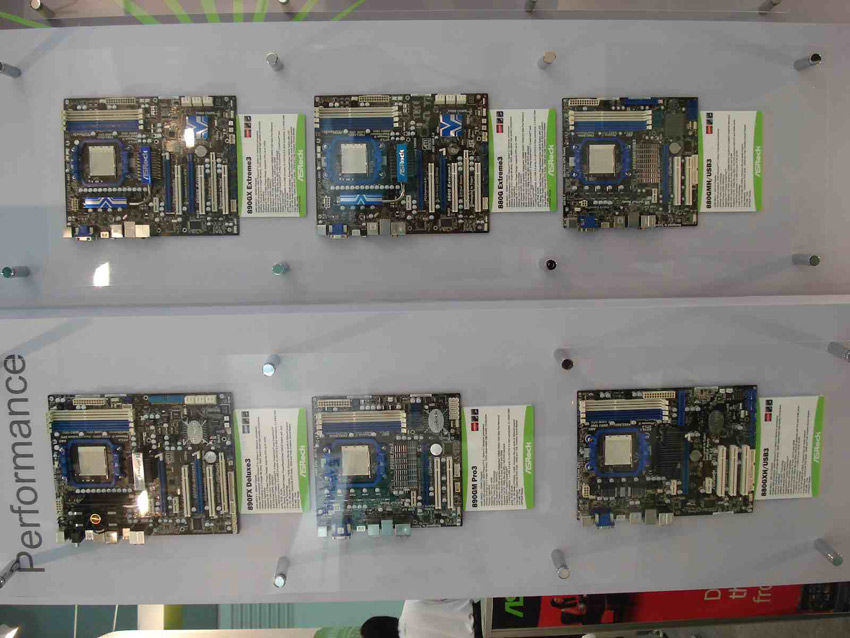 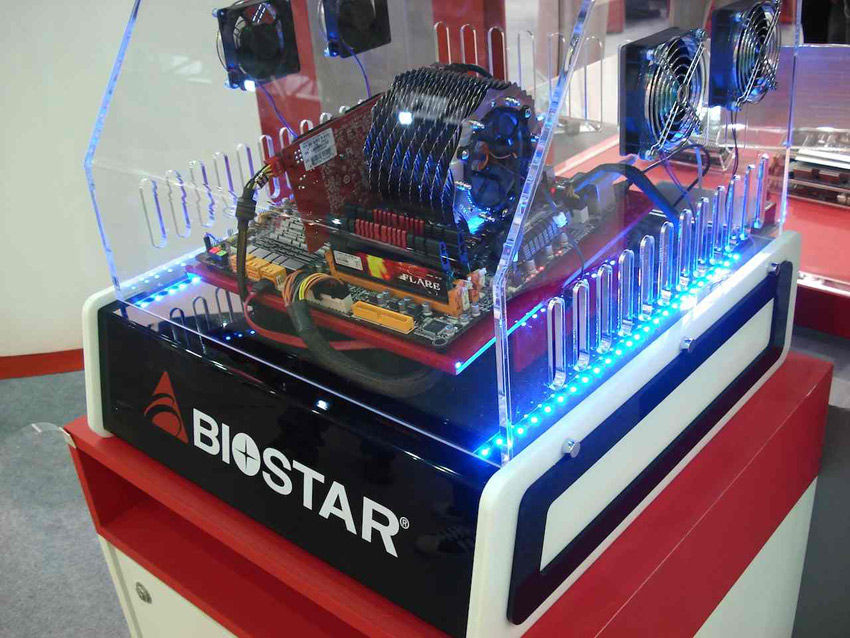 This system is housed in a transparent chassis and is meant to showcase Biostar’s P55 offering along with Intel’s new Core i7 875K CPU with unlocked multiplier – the first such CPU for the P55 (LGA 1156) platform. This CPU was quite the rage at the Computex, and at least nine motherboard vendors had it on display. 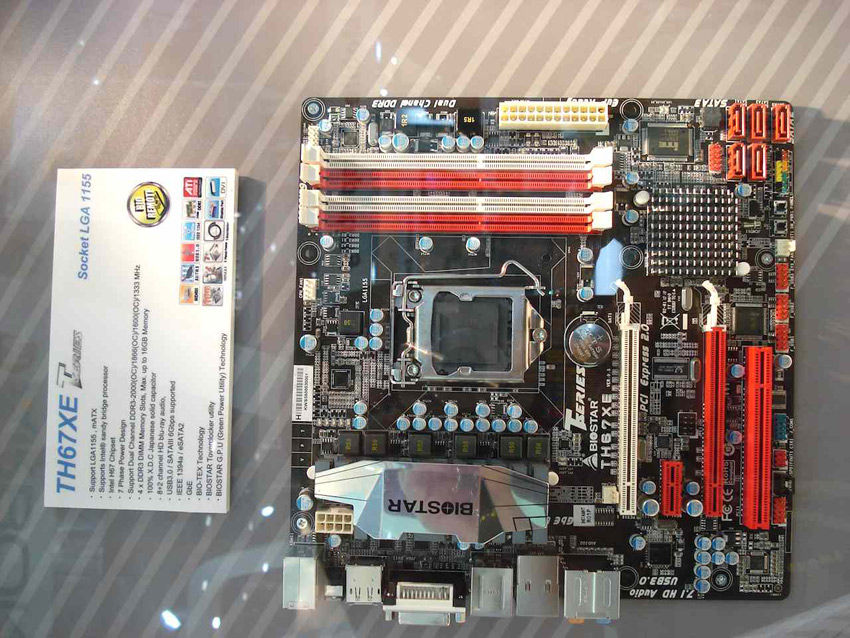 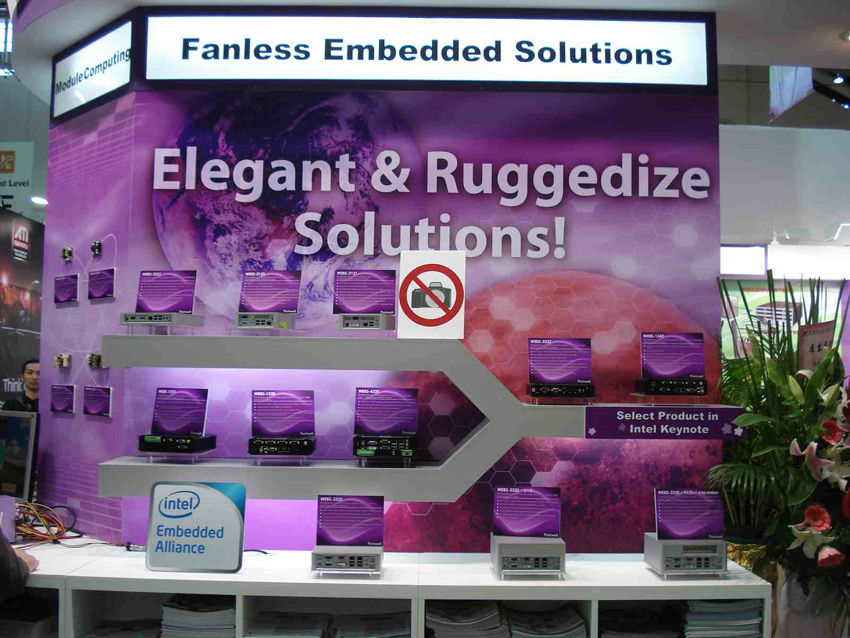 Portwell and their fanless, embedded solutions. We weren’t supposed to shoot these, but other people were, so what the hell! 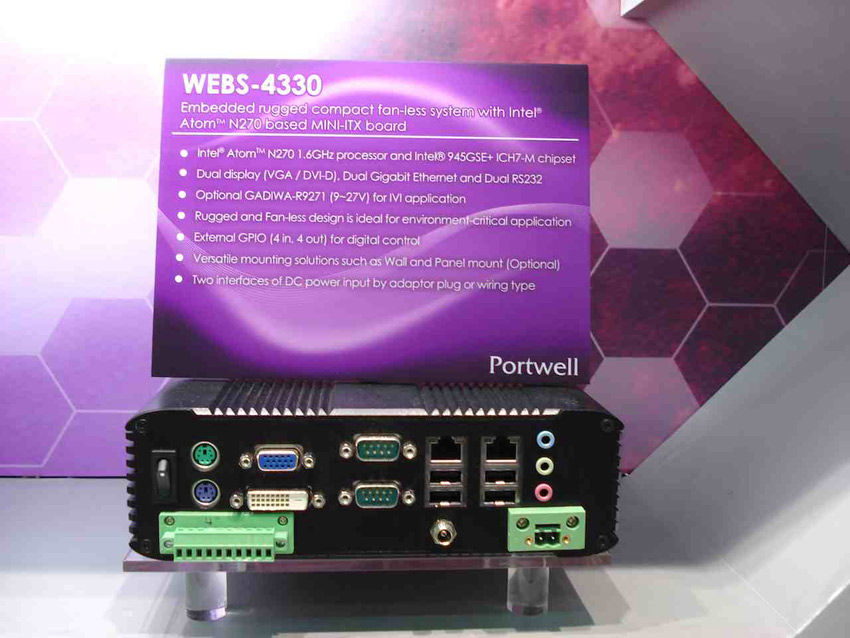