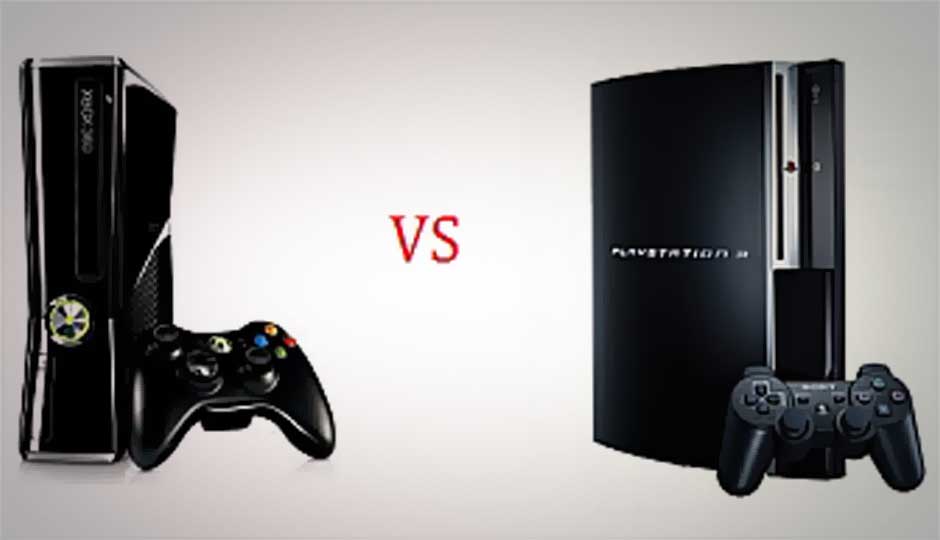 Xbox 360 vs. PlayStation 3: Which console wins the gaming game

The current generation of game systems have been around for more than five years, and they're going to stick around for a while. At the E3 gaming convention this week neither Microsoft nor Sony announced new consoles, and we won't likely see next-gen boxe

For serious living room gaming, you have two choices. Sony and Microsoft square off in our feature-by-feature battle.

The current generation of game systems have been around for more than five years, and they're going to stick around for a while. At the E3 gaming convention this week neither Microsoft nor Sony announced new consoles, and we won't likely see next-gen boxes for at least a couple of years. The Nintendo Wii has its place, but the Microsoft Xbox 360 and the Sony PlayStation 3 stand as the leaders of current gaming generation. We take a look at each system, feature by feature, to determine a winner.

Processing Power
The Xbox 360 is a year older than the PlayStation 3, and arguably less powerful—on paper, that is. However, years of cross-platform games delivering similar performance on each has proven that, where it counts, the two systems are equal. Some games will have slightly different graphics filters or slightly longer load times on each box, but both systems can play the same games (besides exclusives, of course, and even those exclusives each have rough equivalents).
Winner: Tie

Game Selection
The biggest games of the last five years are mostly cross-platform titles, like the Call of Duty series, Elder Scrolls, and Madden franchises. Each system has its own exclusives (Gears of War, Halo, Forza Motorsport for Xbox 360; and Uncharted, God of War, and Gran Turismo for PlayStation 3), but they're a matter of taste. It's so objective that neither is superior to the other.
Winner: Tie

Online Services
This is tricky. Both Xbox Live and the PlayStation Network are rich complementary Web-based services with loads of multimedia, matchmaking (as in finding you a viable game opponent, not necessarily a life partner), and streaming media features—and they're both very similar. You can keep lists of friends, talk to them inside and outside of games, and watch services like Netflix and Hulu Plus on both services. PlayStation Network has the advantage here because you can enjoy most of the features without paying for the premium membership (which still offers bonuses like free games and discounts), while Xbox Live still requires a Gold membership to play online and watch streaming services. Xbox Live Gold is also more expensive than PSN Plus, at $24.99 for a three-month subscription and $59.99 for a year-long subscription compared with $17.99 and $49.99 for PSN Plus.
Winner: PlayStation 3

Motion Controls
Because of Kinect's unique features and relative success, the Xbox squeaks by here. Instead of waving around a wand like the Nintendo Wii or PlayStation Move, the Kinect camera detects how you're moving without props or batteries. As the commercial says, "You are the controller." Motion-controlled gaming hasn't taken off like Microsoft or Sony hoped, and while the Kinect still has some momentum with games like Star Wars Kinect, it's not the main reason you should get an Xbox 360.
Winner: Xbox 360

And the Winner is...

Sony PlayStation 3. For gaming, the two systems are almost identical in power, selection, and experience, but the PS3 pulls ahead in online service with free online multiplayer and media playback with Blu-ray support. The Xbox 360's biggest advantage is the Kinect, and even that's an option with few games and dubious usefulness. With the PS3, for $50 more than the Xbox, you get more storage, more functionality, and you can play with your friends without paying a subscription fee.

What's your console of choice? Tell us why you picked the platform you play in the comments below.