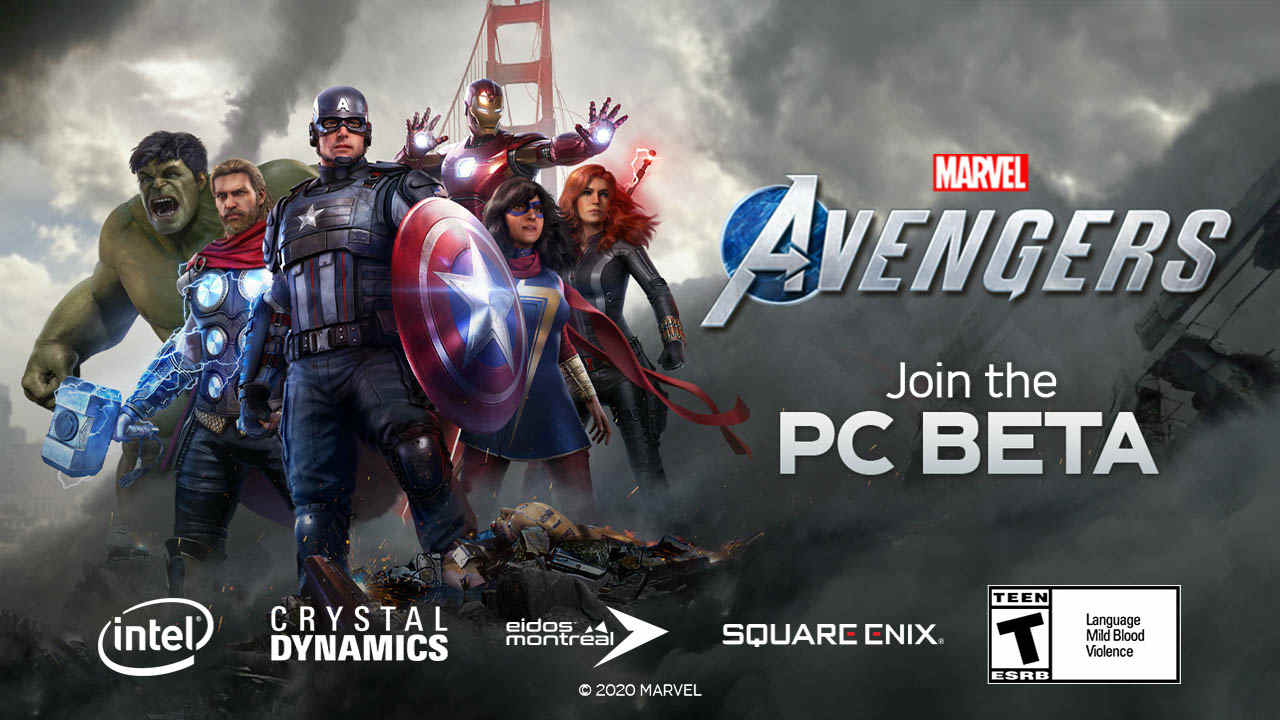 The PC Beta of the Marvel’s Avengers game is just around the corner and the excitement levels for the launch are at an all time high. This is quite understandable considering that the game is published by Square Enix and developed by Crystal Dynamics in partnership with Intel. Pretty big names from the world of gaming. Add to the fact that the game features some of the most popular superheroes from Marvel’s roster and you have a partnership worthy of the Avengers themselves.

The game was first teased by Square Enix back in 2017 and was officially revealed last year when a cinematic trailer was shared at E3. The trailer hyped the game up by showcasing a tragedy called A-Day, after which people blamed the Avengers, leading to all superheroes being vilified. The game itself is set five years after the events of A-Day and will feature Kamala Khan, aka Ms Marvel as the main protagonist. However, the game will also feature a host of fan favourites like Iron Man, Captain America, Thor, Black Widow, Hulk and the recently announced Hawkeye! The game is scheduled to officially launch on September 4, 2020.

The game itself can be played in two ways, namely Hero and Warzone. Hero missions are played in single-player where players will get to play the main quest-line of the game. Warzone missions allow players to choose a character they want and play solo or online with friends. Players will have the freedom to customise each character’s gear, skills, outfits. This will allow players to develop a playstyle based on their character’s customisation.

While the game itself is shaping up to be pretty exciting, PC gamers playing on an Intel-powered rig can enjoy an even better experience. The company notes that in general its 10th Gen Core processors make for a much better gaming experience thanks to Intel Wifi 6 (Gig+) that is said to offer ~3x faster* wireless speeds while gaming.

Not only that, but Intel’s Optane Memory should help reduce launch and load times. So you spend more time gaming and less time waiting around. As if that wasn’t enough, Intel also offers gaming tech like the Intel Speed Optimizer, Thunderbolt 3, Intel Turbo Boost Max, and Intel Thermal Velocity Boost, which should ensure a top-notch gaming experience.

Gamers now have the chance to be one of the few lucky ones to play the beta of the game when it launches on August 14. Curious? Read on!

Suit up for Beta Drop

The Beta code for Marvel’s Avengers will allow players to try out a limited version of the final game for a limited time. In order to get one, gamers need to head over to https://game.intel.com/giveaways/avengers/beta-in/ and register during the beta drop, between 29th July to 16th August. The lucky few stand to win a PC beta code for Marvel’s Avengers.

However, do note that the beta of the game can only be played from August 14 9 PM to August 16 PM, after which the beta code will be null and void.

Besides this, there is another way you can get your hands on a PC Beta code for Marvel’s Avengers.

Notable Indian video game streamers like Rakazone Gaming, Xyaa, Ankkita C, PC Peasants Gaming and GodAtWar will be coming together to make Marvel’s Avengers even more interesting. During their streams, you will not only get to enjoy the gameplay, but also participate in giveaways that include PC Beta Codes for Marvel’s Avengers. In fact, each of the five streamers will be giving away 100 codes each via a series of contests! So keep an eye on their social media pages.

In order to make the launch of the game even bigger, Intel is partnering with brands like Amazon, Croma, Dell, Flipkart and Reliance Digital to provide offers on high-performing Intel-powered gaming laptops. This should definitely interest gamers looking to enjoy an optimised gaming experience when playing Marvel’s Avengers.

So what are you waiting for? Click here to register and you may be one of the first to assemble alongside your favourite Marvel Avengers!