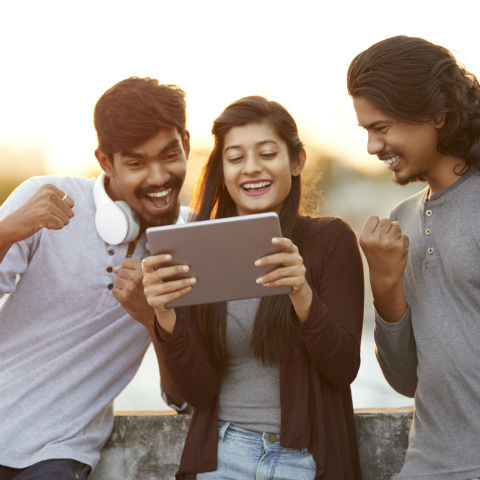 From leisure to living: The gaming scene in India

The rise of gaming in India isn't just limited to PUBG Mobile, although it is heavily influenced by it

Gaming in India has come a long way. The medium is no longer seen as a child’s plaything, but as something that people from all across the age spectrum can enjoy. In fact, gaming as a career path is now a legitimate option. Its popularity seems to have skyrocketed in the past year, more so because of the rise of PUBG Mobile. By the end of 2018, it was reported that the game had a daily active player base of 30 million worldwide, even bagging India's 'Fan Favourite game' in Google Play’s Best of 2018 awards.

The rise of gaming in India isn't just limited  to PUBG Mobile, although it is heavily influenced by it. In 2018, we conducted the Digit Gaming Survey to take stock of the gaming industry and gamers in India. The survey had a total of 2,524 respondents and gave us a very interesting glimpse at the state of gaming in India. Here’s a look at some of the results from the survey:

The popularity of PUBG

There are several reasons why the game became so popular in India. A part of it could be because the game can be installed on most smartphones available in the market and that the game is free to download. This might have prompted many players to at least try the game since they didn’t have to invest money into it  — something they would have to do if they wanted to play the same game on PC or console.

The popularity of PUBG Mobile was also pretty evident in the survey. While only 58.4% of the respondents agreed to playing battle royale games on their PC/laptop, 88.3% people said that they played PUBG on their phones.

The rise of PUBG Mobile in India draws its roots from the growing smartphone ecosystem in the country. While smartphones, loaded with high-end features, continue to be available at affordable prices, what's affecting this trend more is the surge in mobile internet speeds. Airtel 4G for instance, has been leading the internet speed ranks for over two years, clocking in speeds more than 11.2 Mbps according to Ookla. Fast internet speeds like this are crucial for playing high-end online games like PUBG since slow speeds would result in a very poor game-play.

Gamers are a young demography

Majority of gamers were students with 61.5%. Working professionals made up the next biggest majority at 27.8%. Interestingly, there were some respondents who claimed to be retired or homemakers. Both made up 0.12% of the responses.

Gaming on smartphones is very addictive

When asked about how long the gamers played in a single stretch, 48.9% said that they played for one to three hours in a single go on their smartphones. 41% said that their gaming sessions on their phones lasted less than an hour. The survey revealed that a majority of gamers tend to play for one to three hours at a stretch, regardless of whether they play on a smartphone, PC/laptop, console or a handheld.

Here's a recap of the key findings

As you can see, smartphone gaming seems to be on the rise with PUBG Mobile leading the charge. Other popular PC/console games like H1Z1 and Diablo will also be making their way to the mobile space soon. Couple this with fast mobile internet from telecom networks like Airtel 4G and you can play your favourite online game on your phone, anytime, anywhere.

About Me: Brand stories are sponsored stories that are a part of an initiative to take the brands messaging to our readers. Read More