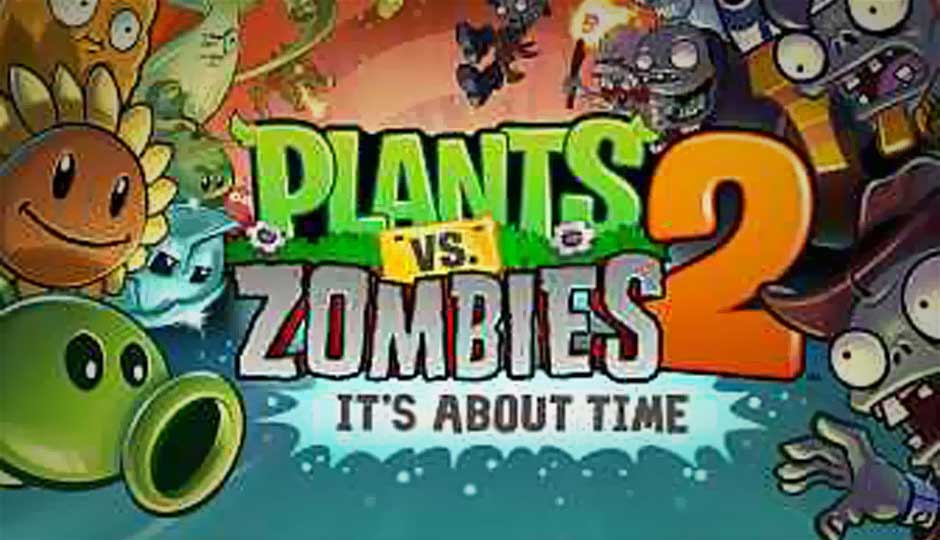 First Impressions - Plants vs. Zombies 2: It's About Time

After playing the game for a fair bit, we can tell why it took PopCap Games so long to push out the sequel to Plants vs. Zombies.

For starters, the Plants vs. Zombies 2: It's About Time moves away from Dave’s front lawn and takes you across time and space, quite literally. After an initial training level (which will be incredibly familiar to those who have played the original game), we find ourselves in ancient Egypt, thanks to Dave’s new friend, a talking time machine named Penny. If you thought Crazy Dave made for some giggles, wait till you hear the conversation between him and his time machine!

As far as the gaming experience goes, there’s a lot of familiarity, a lot has remained unchained and much has changed. Of course that sounds absolutely convoluted, but believe it or not, the Plants vs. Zombies 2 feels incredibly fresh, while maintaining all its familiar elements. You’re still required to protect your house (pyramid/ship etc) using plants as your arsenal from Zombies that just want “BRAINZ.” The mechanism remains the same too, with little sun-pellets being your fuel for planting your protectors.

What has changed, however, are the levels and the zombies. As you move across various time periods and locations in Plants vs. Zombies 2, the zombies morph to reflect that reality. For example, you’ll be fighting Mummy Zombies (every child’s dream come true!) when you’re in 4500BC Egypt. There’s also a Pirate themed map and a map designed after the “Wild-West.” There are also a few new kind of zombies that are much harder to kill, AND they take away your coins and sun-pellets, so you might want to watch out for that.

If you thought that Zombies were the only ones getting a serious upgrade, you’d be wrong. PopCap has also improved the arsenal at your disposal in Plants vs. Zombies 2, introducing not just new kind of plants, but also some enhancements. We played enough to unlock a boomerang shooting plant, which can hit three targets at a time in the same row. It’s pretty cool if you’re pushed against the wall as the regular pea shooters can be a little slow. However, if you don’t have the 175 sun-pellets needed to plant a boomerang flinging plant, you can always turn to “plant medicine,” which essentially super-charges your plant into shooting an insane number of projectiles for a limited duration of time. Absolutely GREAT if you’re outnumbered in a Zombie wave.

Overall, Plants vs. Zombies 2 has addressed one big issue we had with the original: monotony. The sequel changes up game modes, locations and type of zombies attacking you at regular intervals and the mix of all these factors makes for an immensely engaging experience. In fact, we’re having a hard time finishing this first look article because we keep going back to the iPad to play another level or two, and before you know it, the afternoon’s a thing of the past.

Plants vs. Zombies 2 is currently only available in Australia and New Zealand counterparts of the Apple App Store as part of a soft launch effort by PopCap. Senior Producer Allen Murray shared with Polygon that the soft launch was an effort to test much of the new technologies the game is built on. Murray said that “If you're connected to the internet, you can save your progress and share accounts across multiple devices — and we need to make sure those systems, along with our ability to stream that content to players, works." There are ways to get the game if you’re in other regions of the world, but we’ll let you figure those means out for yourself. Do watch out for our full length review of the game coming soon.

Here are some of the best fantasy shows on Prime Video to feast your eyes on Previous Post
Minecraft Dungeons Review: Keeping it simple Next Post

popcap games Plants vs. Zombies 2: Its About Time plants vs. zombies