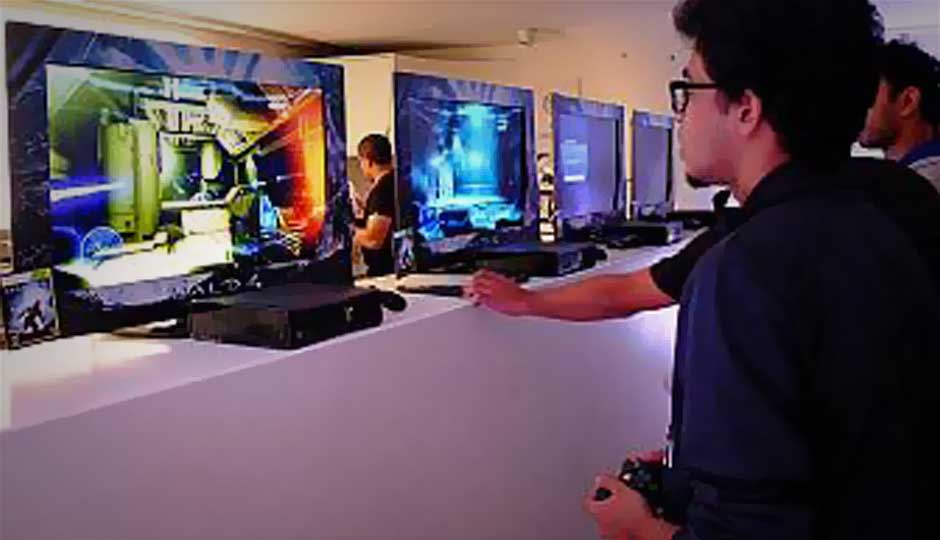 Microsoft’s Xbox team just held a launch event here in Delhi for the new Halo 4 trilogy by 343 Industries and boy, was it a cosy event. Unlike most launches, this one didn’t involve elaborate stages, suited execs or long talks about what was being introdu

Yes, we got Halo 4 a whole day before most people, because we’re hardcore! Microsoft’s Xbox team just held a launch event here in Delhi for the new Halo 4 trilogy by 343 Industries and boy, was it a cosy event. Unlike most launches, this one didn’t involve elaborate stages, suited execs or long talks about what was being introduced. Everyone present at the event was obviously a religious gamer, if not a Halo fanboy. The venue was littered with over a dozen Xboxes running Halo 4, so the agenda of the entire event was essentially to walk in, experience Halo 4, eat, drink and be merry. This is unlike any launch we’ve been to, but we liked the eccentricity of the affair.

Cutting right to the chase, we grabbed a beer and a controller and got down to business. The game opens to some very interesting and important cut-scenes, ones we definitely recommend NOT skipping. Remember, Halo 4 is all about stories and back-stories and of course kicking ass. Past the cut scenes and into the gameplay, the one thing that’s immediately evident is the amount of detail the game has, especially when it comes to lighting. Even the textures on the walls, in Cortana’s glowing Tron-like circuits and Master Chief’s weaponry and suit look very intricately rendered. The game just looks visually stunning and even if you don’t care for the story, you’re definitely bound to be impressed by the visual and auditory experience the game has to offer.

Setting the game to Legendary difficulty, we had one hell of a time progressing from one fire-fight to the next. The difficulty mode is less about bombarding you with enemies who definitely have infinite ammo and more about your ability to strategize and constantly be on the move while maintaining aim. The foes are challenging to kill and ammo very limited, so it’s all about skill. For example, once you’re on the deck of the broken and splintered Forward Unto Dawn, there’s an entire army of Sangheili, which must be defeated before you can complete the mission. Running around blasting shells around wont do much, as there are no ammo refills at this point and guns end up floating away eventually due to negligible gravity. The easiest way we found to get through this was to pick up the Battle Rifle and sniping down as many of the enemy as possible as they are dropping from the ship onto the bridge. Save the grenades for the bigger foes and be sure to pick up whatever weapons you find lying around as you start running out of ammo. Assuming that the firefight is over, at any stage of the game, would be a mistake.

There’s not a moment we felt like putting down the controller, and when we finally did have to, it wasn’t a pretty sight. This game is one that you just cannot stop playing. We have some gameplay footage here for your viewing pleasure that we shot at the launch event, but we’re going to have our full-fledged review up in a few days, so keep glued to this space.