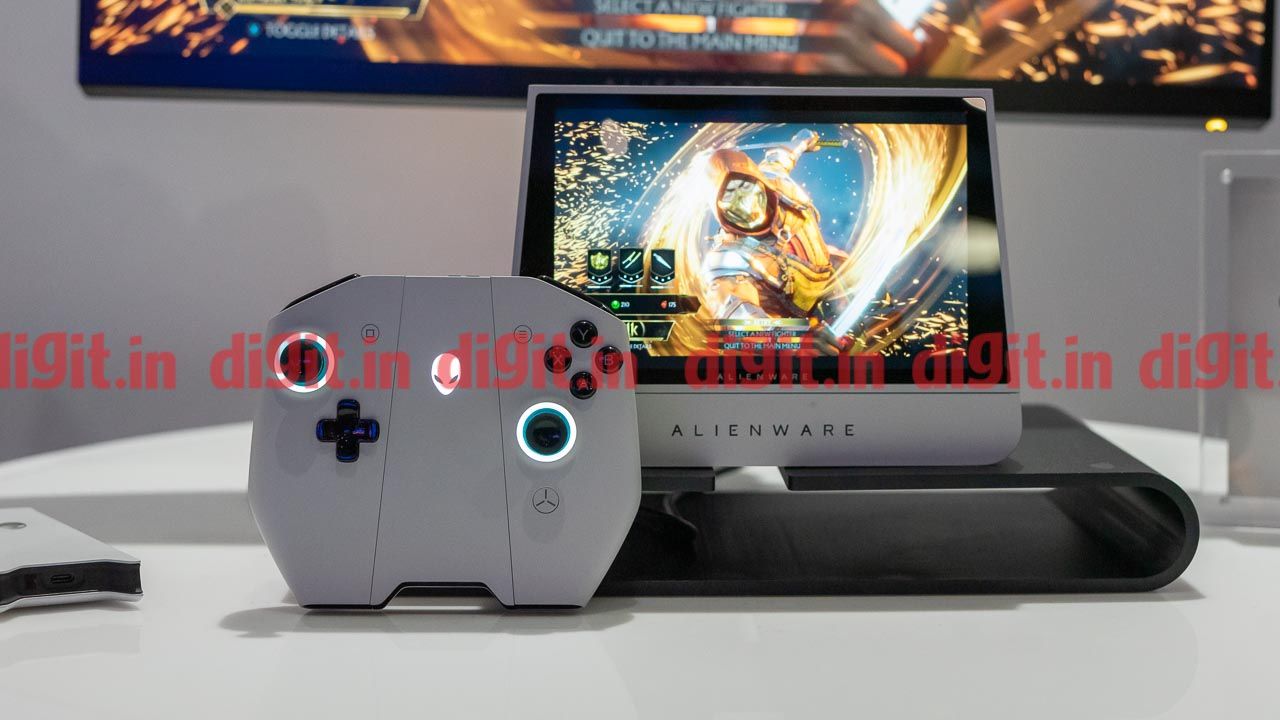 Every year, CES holds a number of surprises for us in the form of unique and crazy tech, but generally, this all comes from small OEMs or even no-name startups. However, this year, Dell threw a few curve balls by bringing three concept devices to CES, including the Alienware Concept UFO. Concept UFO, at first glance, looks like any other popular hand-held gaming device, till you take a closer look. We got to spend some time with the device and let us tell you why the hype is real.

A Gaming PC in your hands

If you thought laptops were pushing the envelop of miniaturization, Concept UFO will make you think again. This is a handheld device with an 8-inch display, measuring barely more than an inch and a half in thickness, running on an Intel 10th generation processor. Unfortunately, the Dell representatives refused to share any specifics around the hardware, citing the concept nature of the device. We were told that the Concept UFO was running a full-blown version of Windows 10, and thus, supported Steam, Origin, Epic launcher etc. 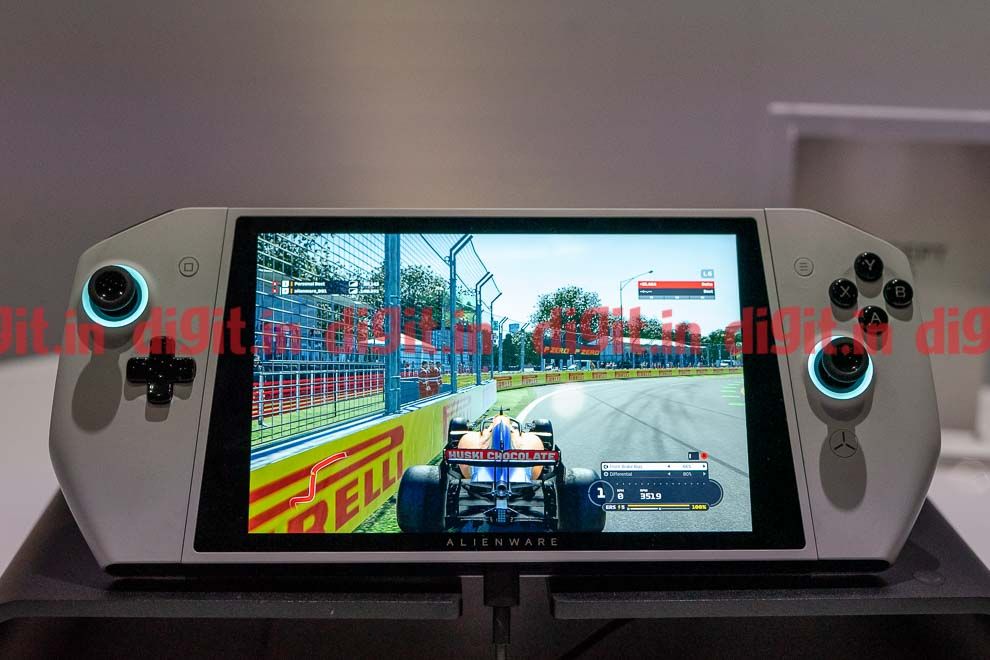 Dell had setup two units of the Concept UFO device to showcase just what users could potentially expect from this hand-held marvel. The first setup was designed to showcase the Concept UFO as a portable, hand-held gaming device. On this one, we got to play the recently released Halo: Reach, part of the Halo: Master Chief Collection. We weren’t allowed to ascertain the graphic details the game was running at, but visually, it looked really good. The game ran butter smooth through a multitude of fire fights and while the controls surprisingly took a little getting used to, the overall experience was surprisingly good. Every few minutes, I found myself being reminded that this wasn’t some custom hardware running an emulator. I was playing the PC version of Halo Reach.

The second setup showed the flexibility gamers can expect from Concept UFO. The controllers come off the sides and dock together using a battery pack, combining them into one big controller. The main body of Concept UFO has a kickstand at the back which can be used to prop the device as you play on a table-top, or, you could just get yourself a USB Type-C to HDMI cable and run the display to your big-screen TV through either of the two on-board USB-C ports. Dell, had chosen to dock the display in a proprietary dock, part of the Concept UFO design. On this setup, we played Mortal Kombat 11 on a big screen monitor, an experience that was lag and stutter free. 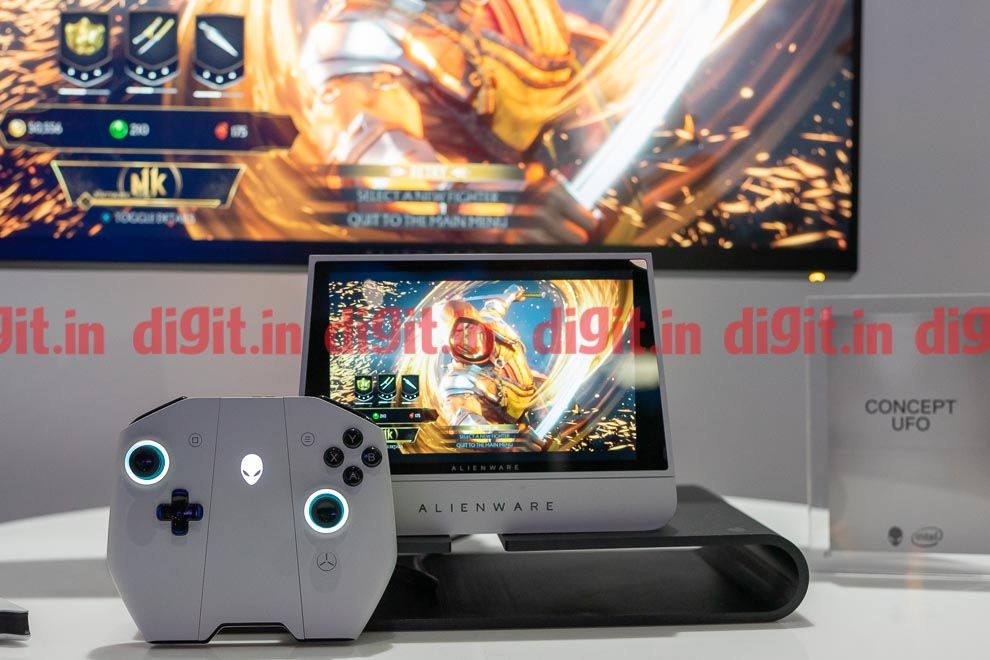 During my time at CES, I had a chance to speak to Vivian Lien, Vice President, Alienware and Dell Gaming, about the Concept UFO and the future of gaming at Dell. Lien has big shoes to fill in at Alienware, stepping in for Frank Azure, the co-founder of Alienware who left the company a few months ago to go work with AMD. While Lien politely declined to comment on any future announcements, she did say that over the next few years, we can expect Alienware to seriously push the innovation envelop. In one of those rare moments, we had a spokesperson actually back up their words with proof, in this case, the Concept UFO.

After spending some time experiencing Concept UFO in both its forms, it is near impossible to not be impressed. The engineers at Dell and/or Alienware have managed to pack gaming-grade hardware into a device that is easy to handhold and carry around. IT was again impressive to see satisfactory gaming performance from a device running on just battery power. On the design front too, Concept UFO is surprisingly light to hold, and extremely well balanced for a hand-held gaming device. For those who have a massive library of PC games, Concept UFO becoming a real end-consumer product would mean that you can truly take your games and play them on the go. No relying on 4G, 5G or even the cloud. If Alienware’s Concept UFO is a glimpse of things to come, then the future of innovation truly does look promising.