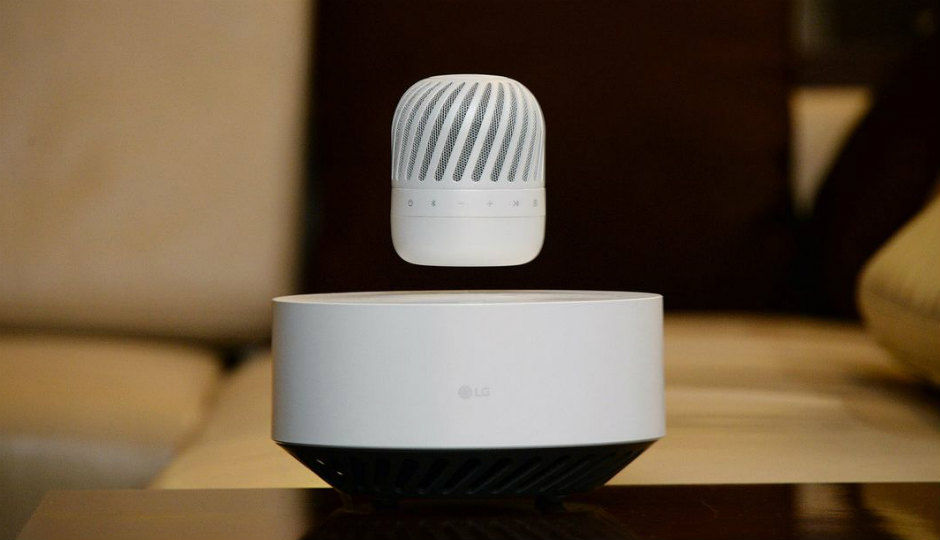 Of all the futuristic gizmos that we have discussed of late, nothing comes as close to being real as levitating speakers. Look at the likes of Making Weather, Merlin, Om Audio and Air Squared, and you realise that levitating speaker are, indeed, here. The only problem till date is that each of these, despite having myriad technological advances, do not exactly have a design that would suit seamless furnishings of the average living space.

It is this that the LG levitating speaker aces. While other speakers have typically resembled clouds, weird orbs or even a chunk out of an alien mothership, the LG PL9 floating speaker actually looks like a speaker. Well, more or less. It has a cylindrical floating unit that looks somewhat like a rover that detaches from a parent ship in a space mission, with passive radiators inside and audio controls around its body. The omnidirectional speaker floats a few inches above the main base unit, each of which use electromagnets to achieve the levitation of the smaller unit. 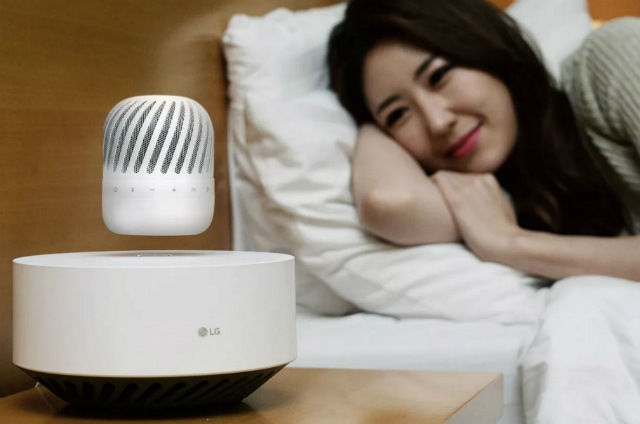 As a speaker, it includes two passive radiators in the levitating unit to produce the mids and highs, while the bass driver is housed in the base unit. As if to reinstate similarities between rover-and-parent-ship structures, the base unit will work as a docking station that charges the floating unit once it has used up all of its quoted 10 hours of battery life. The speaker can also continue playing even when it is docked, but understandably, not exhibit its extraterrestrial qualities then.

The speaker will be officially launched at the Consumer Electronics Show in Las Vegas, where LG will also reveal pricing and availability details for it. The electromagnetic levitation technology used here applies the principle of magnetic repulsion to levitate the speaker unit above the base station. Alongside this, the LG PJ9 also has friendlier looks, which may make it more endearing to buyers who are not entirely devoted to rocket science and conspiracy theories on space.

It is this very aspect that may make LG the first company to take levitating speakers to a commercially viable space. While LG has not spoken about further details, this can also be a fine addition to the IoT space, if the speaker does get the ability to connect to home WiFi networks and allow you to control it through a smartphone application.

While the likes of Making Weather and Air Squared raised the bars initially for levitating speakers, the LG PJ9 has the potential to appeal to smart homes, gadget enthusiasts and more with its unique build, design and format. Initial pricing estimates quote figures upward of or around $200 (approx. Rs. 13,600), although all of that may change drastically. We’ll all be tuned to LG’s announcements at CES, and hope to get our hands on one, soon.